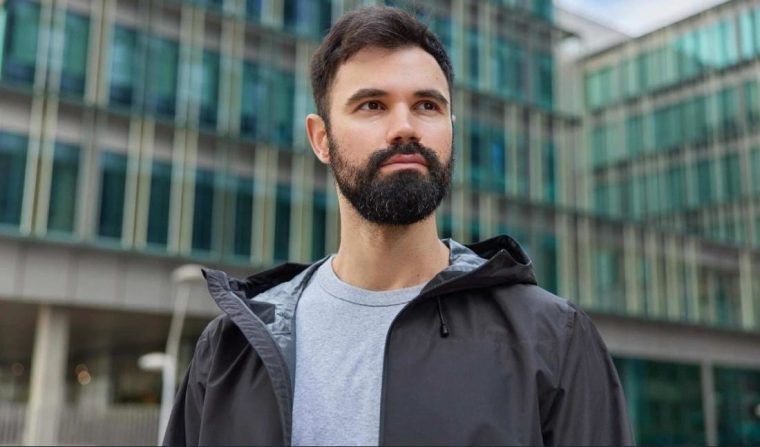 Hi, my darlings! How are you? Welcome to the month of spring, new beginnings, arrivals, and New Witches Year! Since it’s the month of new things, let us jump headfirst into the majestic predictions for the Aries man and discover what’s awaiting him in March.

The beginning of the month brings a very lovey-dovey atmosphere to the front of the Aries man’s mind (and heart). Although he will be prone to forbidden love and extramarital affairs during this period, he will be extra romantic, however, and thus, it’s a good moment to use it for “attack.” Be straightforward, brave, and extra romantic in your approach towards him, rules all be damned!

The first Half-Moon promises some very fun (and forbidden) times. It’s a great time to say “yes” to the Aries man’s approaches and to indulge your inner fantasies (with him). But it’s important to stay rooted in reality and not get overly carried away, as this spring fling is not meant to last.

The Full Moon in Virgo brings disclosure to his daily life, and the Aries man is forced to come clean about many things. The Sun lingers on the last degrees of Pisces in his twelfth house and is getting ready to shine a bright light on his first house very soon. Don’t expect proper dates or romance with him during this time – he’s made his bed of thorns and now he has to lie in it.

The end of the month brings new beginnings, new loves, new opportunities, and adrenaline-pumping dates. Fast cars and fast falling in love is the general theme of these transits that color the end of March and the full bloom of spring. Ah, young love and fresh starts – what a wonderful time to be alive!

I Was Born For Loving You, Baby

At the very beginning of the month, on March 2nd, we have a nice New Moon conjunction with the Sun in Pisces on the Pisces’ degree; both of the Luminaries conjunct Jupiter the planet of luck and positive expansion. Lest us forget about Neptune, as well, for he is too in the house of Pisces, conjunct Markab fixed star.

All of this is happening in the Aries man’s twelfth house, and this signifies extramarital affairs, hidden emotions, obscure relationship developments, and an enhanced need for romance (thanks to Markab’s influence through Neptune). The good thing is that the ruler of his fifth house of romance, pleasure, and fun, the Sun, rests on such a romantic degree. And what’s more, it hugs the Moon, which represents the wife in a man’s chart.

This means that the Aries man, although prone to getting in some “shady” relationships and affairs during this time, is in a very romantic mood during this transit, and that opens up a lot of dating doors. It would be a great idea to go out sailing, for example, or to visit an aquarium or a waterpark.

Choosing a romantic, lovey-dovey setting is a good choice if you’re going to ask the Aries man out on a date during this time. Pink hues, roses, candles, and mood lights – the whole “love hotel” cute package – go all out and go for it!

I Came To Party

The first Half-Moon on the 10th of March shines a nice light on the Aries man’s third house of short travel and communication. It also conjunct Lilith, so his desires for his “forbidden” lady will be in full bloom. The Moon’s also trine Mercury who has left the sharp conjunction with Saturn in Aquarius and now takes on much more incoherent but romantic vibes.

You can expect the Aries man to call you out on dates that will include a lot of empty promises and sweet talk, but if you want to have a good time and live in the moment (with him), now it’s definitely a good time to do so.

The Sun is conjunct both Jupiter and Neptune in his twelfth house, and this creates perfect conditions for the Aries man to explore and live out his hidden, romantic fantasies. Orgasms will be reached and hearts will be broken, alas such is life – full of twists and turns and romantic dramas.

Mars (his ruler) and Venus are still locked in a lover’s hug, but they have changed the sign, they moved to Aquarius, and they are getting farther away from toxic Pluto. Vesta is still stuck between them and Pluto, on the 0th degree of Aquarius, and as all of this takes place in his eleventh house. It’s possible that he will begin a new romance with an old friend of his, or that he will meet someone new through his circle of friends.

However you look at it, the prospect for a new love aligns perfectly with the new cycle and spring. It’s not for naught that the Aries man’s sign represents the beginning of the new year, nature waking up, and mating season. Think about it…

My Past Caught Up With Me, There’s Nowhere Left To Run…

Next on the menu is the Full Moon in Virgo, in the Aries man’s sixth house of daily routines, job, obligations, and health. This Full Moon activates through the opposition, the Sun on the last degrees in Pisces in his twelfth house.

The Sun is ready to transit into his first house of self. But before that, he has to clean out his closet of the winter skeletons, and that means coming clean about his misdemeanors and forbidden adventures.

His secrets are spilling out like an avalanche and he is forced to focus on how it all affects his daily life and obligations. There’s a lot going on in his twelfth house, and he won’t be able to communicate his thoughts and feelings quite clearly during this time.

The silver lining lies in Mars and Venus moving away from Pluto and getting some autonomy in Aquarius, his eleventh house. This means that help comes in the form of a female friend (or colleague), and he will have a friendly woman on his side helping him weather this storm that he, himself has created.

It’s not a perfect moment for dates and fun. The Aries man will be forced to face his transgressions and he will be preoccupied with work and his health, as well. Now it’s a good time to get some distance and let sleeping bears lie for some time.

The end of March brings interesting and fast activities to the Aries man as Mercury conjuncts the Sun in Aries, his first house. This means that his wit will be fast, his tongue faster, and his driving fastest. His ruler, Mars conjuncts Saturn in Aquarius, and he can expect some karmic events concerning his friendships, colleagues, and team events.

He will be attracted to unique ladies during this period in time. He’ll naturally gravitate towards free-thinking women who can outwit him and teach him new things in life. He will try to keep his (deep) emotions hidden during this time, but as the Moon soon moves to Aries and his first house, he will fail.

It’s a good time for adrenaline-pumping dates, exciting events, and new experiences. It’s a good time to start a new relationship or deepen the existing one – on the condition that everything is forgiven and resolved, of course.

Read next: 7 Little Ways To Show An Aries Man How Much You Appreciate Him

And there you have it, my darlings – a fresh start, new love, exciting beginnings, and a smidge of melodrama – just what the Aries man ordered.

Stay safe, have fun, and be positive; March is a promising month and it brings good things to those who have done good in the past. And to those who haven’t… well, it’s never too late to start fighting for the higher cause.

I write these articles so that they apply to everyone who is with an Aries man. While generally correct, you could be feeling as if your specific situation was overlooked. I won’t have my dear readers left feeling this way without guidance.

I pride myself on my connection with my audience. I never want you to finish here feeling like you didn’t receive enough help in your relationship.

I created the VIP Consultation services in order to find those that need my one on one, personalized attention. It’s a way for me to get to know you and for you to gain personalized insight into your relationship.

Wishing you love and light on your journey this month with your loved one.