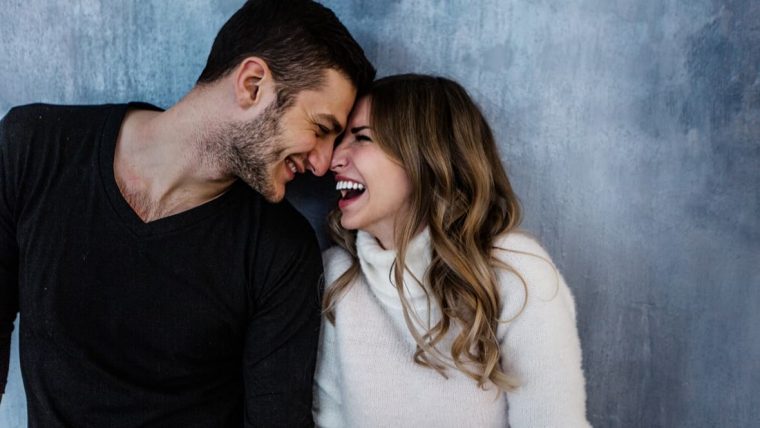 Hey there, lovelies. The spooky atmosphere continues on from October, but since this is now completely the domain of Scorpio and Plutonic energies, November has a more solemn and darker vibe. And the skies support this calamitous atmosphere, too.

At the beginning of the month, the Aries man is all over the place. His intuition antennas are up in the air, but so are his inner demons and fear connected to jealousy and fear of losing that which he holds dearest.

The New Moon on the 4th of November will shine a light on his darker tendencies, which can sometimes emerge when he’s feeling insecure and emotionally threatened. It’s a challenging transit for him as it happens in his eighth house of taboos, fears, and sexual desires. But passion is guaranteed.

If you had serious conversations about the future in mind to tackle in the middle of the month, this is the right moment to start them with your Aries man. He’ll be in the right headspace to think before he speaks. He’s going to be more patient than usual, and he’ll have sharper intuition, too.

The Full Moon can be physically (and energetically) draining for him, he might even succumb to an illness or irritable bowel movement, but that won’t stop him from writing (love) letters and expressing his inner world through writing. His love interest or partner can expect a lot of messaging during this transit.

The end of the month holds the chance for a romantic retreat and an emotionally immersive getaway, but it also warns against a health hazard and danger to his stomach. It’s a proper conclusion to a very transformative month that had Plutonic topics for the Aries man. To find out more, continue reading on and see exactly what November has in store for the Aries man.

The beginning of November brings help from powerful friends for the Aries man as Chiron resides in his Rising house and his ruler, Mars, finds itself on a very prominent and forceful degree of Scorpio where it feels great and in its own domain.

Vertex and Mercury light up the Aries man’s seventh house of partnerships, whereas Mars and the Sun shine a powerful light on his eighth house of sexual desires, fetishes, and inherited legacy. This is going to be a good moment for sensual conversations and exploring each other’s lust.

He is prone to headaches and nosebleeds during the start of November, as well as excessive irritability caused by mismanaged finances and questionable career choices that have been made during the great Retrograde period in October.

The Aries man has a return of karma in store for him at the beginning of the month, especially in the fields of communication, work, and career. His hidden enemies are inactive at the moment, and luck is following him in that department, but his intuition is sharper than usual. He can sense that something is up, and thus he won’t be able to fully relax when he is supposed to.

He has a lot of opportunities for “international” love at this time, as the fields of overseas travel and foreign cultures are active, as well as his field of friends, air travel, and internet communication.

The Aries man will be prone to excessive money spending at this time, and that is unwise, but he’s not used to listening to advice, so we’ll just leave him be; it’s his money after all. But the lack of money will put him in a bad mood afterward.

His romantic life will be colored with a darker shade at this time, and he will be prone to some possessive and jealous outbursts, especially if his love interest shows (even the smallest) interest in others. He will consider them all his competition. His intuition will also be in overdrive, so if there happen to be any instances that you’d prefer him not to know – be warned, he is prone to finding them out now.

Beauty And The Beast

The New Moon that happens on the 4th of November lights up the Aries man’s eighth house like fireworks! He is definitely going to feel this one and be both physically and emotionally expressive during this transit.

Although Venus is still in Sagittarius (a Fire sign that brings luck in love to all Fire signs), it’s on its last legs on the 29th degree. Anaretic, the maleficent degree, and what’s more, it’s conjunct the Sinistra fixed star from the Ophiuchus constellation that brings sorrows in love.

So, if the Aries man acts out during this New Moon, you will have to decide whether to forgive him his transgressions or are his sins too great and maleficent in the long run for you to keep him around. Either way, his darkest emotional face will show itself during this time.

His ruler, Mars, conjuncts Mercury (also on its last degrees of Libra), so his words will be less diplomatic and careful (if they ever are) and are more direct and venomous in some of his more passionate statements. If his blood pressure gets high enough, he’ll even say things he doesn’t mean at all and will regret them immediately.

My Heart Is On Fire, My Desire Illuminated

The middle of the month brings good news in the Aries man’s career field, so he’ll be in a better mood than in the first quarter of the month. The Moon is conjunct Chiron in his rising house, the house of self, so he’ll be prone to more introspection and reevaluation of his behavior and the words he uses.

His eighth house is now under the microscope, as a large stellium currently resides there. But contrary to the beginning of the month, some issues are coming to a resolution, and he is experiencing more luck with his inheritance.

His deep, inner fears are also put to rest, somewhat at least. He is beginning to understand what is asked of him and how he needs to evolve to become a better version of himself. This time of the month is excellent for long and deep talks, especially if they happen near the still body of water.

If you have any serious or long-term questions about your relationship, now is the time for “the talk.” His intuition is still going strong, but his awareness of himself and the world around him has also heightened, so the moment is ripe for the planning of the (mutual) future.

I Need My Safe Heaven

Come to the Full Moon on the 19th of November, and the Aries man’s mind will be extremely active. During this time, it will be easier for him to express his emotions through writing rather than speaking.

His psychic abilities and intuition will hit their peak as his ruler Mars conjuncts the Alpheca fixed star from the Corona Borealis constellation. This star has the nature of Venus and Mercury, and it will shine a special light on his love life and emotional matters.

The negative thing is that during this Full Moon, he’ll be prone to getting sick and suffering from inflammation in the lower part of his body. He’ll be more prone to negative energy attacks and attracting psychic vampires that’ll want to feed off his bright aura.

This might affect his immune system, so he should be careful with whom he spends time with, and how he feels afterward. He should also avoid spending time with people who show early signs of illness (as he might catch a bug from someone), and he should pay attention to his bowel movements – especially with what he eats.

It’s not surprising if he does get sick during this lunation, but do not fret, he’ll be better soon, and what’s more, he’ll use the downtime to text with you, and you can expect ‘walls’ of texts from him at this time. He’ll want to open up and share his state of mind with his love interest as the Moon illuminates his third house of communication.

The end of the month will send off the Aries man with a bang into the end of the year. His ruler Mars conjuncts the Unukhalai fixed star from the Serpens constellation, a very maleficent star, and he needs to take extra care of both his temper and his colon.

It would be best for him to avoid losing his temper and carefully monitor his diet, as he will be prone to food and alcohol poisoning at this time. Drinking mint tea with a tablespoon of olive oil three times a week is recommended during this period for both his stomach and his temper.

Aside from this, his fifth and seventh houses are nicely illuminated, so he will be in a light-hearted, romantic mood. His ninth house of foreign matters and theology will bring him good luck and communication. It will have a very positive influence on his online business and his friend circle.

He may be quite bold and book a romantic getaway to an exotic destination for him and his partner at this time, and if that’s the case, I urge caution with exotic foods and beverages.

Read next: How To Get An Aries Guy To Text And Call You First

November is definitely a transformative month for the Aries man. Deep topics and intimate themes will be active in his personal life throughout the month, and he’ll be forced to look at his life from a deeper perspective. He’ll be made aware of the consequences that both his words and actions have.

If you’re in doubt about your relationship with an Aries man or are looking for more specific guidance in love, then it’s time to check out my special offer. I’m providing my lovely readers with VIP consultation where I can answer all your personal questions in love and life.

Be good and stay safe my darlings! Until next time…