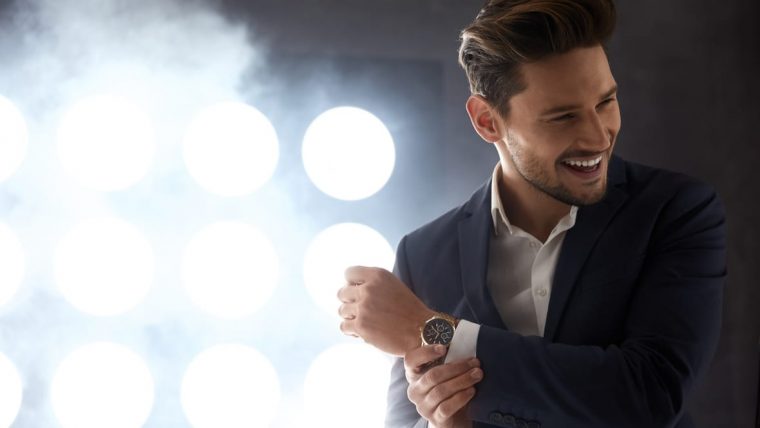 Hello lovely readers, how are you? Are you ready for the May predictions? I hope you are, for we have a Full Moon Eclipse in Scorpio this month and a New Moon in Gemini at the end of the month! It’s bound to be a bumpy and exciting ride.

The beginning of the month highlights the Aries man’s twelfth and second houses with potent stelliums. The Aries man is bound to be more emotionally open during this time, but also more prone to invest in hedonistic things that bring him emotional fulfillment and joy.

The 9th of May brings happy occurrences for exciting dates and adrenaline-spiked romantic life. The Aries man will be asked to reevaluate his relationship with money, but he will still have the time to have fun and indulge in romance-packed activities.

The Full Moon Eclipse in Scorpio conjunct the North Node in the Aries man’s second house bringing up monetary issues for the Aries man. He is asked not to spend other people’s money and save his own money at the same time. He is also asked not to react but to think and plan ahead with his intuition. It’s a tricky time that is asking the Aries man to balance and think before he acts – which he doesn’t like.

The New Moon in Gemini brings more than just his third house highlight! Mars is in Aries (finally) and is conjunct Jupiter – this is his time to shine and enjoy the blessings! It’s a perfect time for exciting and witty dates…

At the beginning of the month, there’s a stellium in both Taurus and Pisces. In Taurus, we have the Sun conjunct Uranus, Uranus conjunct the Moon, and the Moon conjunct the North Node in opposition to the South Node in Scorpio (the Aries man’s eighth house). Phew – that’s a mouthful!

And in Pisces, we have Mars, Neptune, Jupiter, and Venus. Venus and Mars have separated, and Venus is conjunct Jupiter in Pisces where she feels exalted (great) and she is already drawing love in many people’s lives. This takes place in his twelfth house of dreams and illusions, so his dreams and emotions are bound to be heightened during this time.

Considering how the Aries man’s twelfth and second houses are highlighted, now is a good time for hedonism, taking things slow, and relaxing. Mars is in Pisces, and he doesn’t feel very potent or headstrong as he is used to feeling there, so it’s a good time to go inward.

Consider going on a Tantra or yoga retreat with your Aries man. Invite him over for a unique movie on Netflix and chill out together. Go on a boat and have some meditation exercises on the deck while Sungazing. All of these activities are great options for the current state of the planets.

The 9th of May brings Venus to his very own sign in his first house of self, so he is not just going to have a glow up, but also be more romantically inclined and open for all kinds of dates and emotional experiences.

Jupiter is on the 29th degree of Pisces, which is a very prominent degree as it wraps up and finishes all Jupiterian business in Pisces and it readies itself to move to active Aries. The Aries man’s luck is about to turn for the better and blessings are about to shower his life, as well as additional weight.

Mars is drawing nearer to Neptune, where he’ll be forced to reconsider his drive and what makes him tick – this conjunction will especially influence the Aries man as Mars is his chart’s ruler. And as this conjunction is bound to take place in his twelfth house of hidden enemies and phobias, he ought to reconsider how he reacts to provocations and altercations.

The Sun is now conjunct the North Node in Taurus and all of us are asked to be brave and head in the “right” direction where the North Node Leads; this happens in his second house, so he is asked to reevaluate his relationship with money and saving.

The Moon is in Leo (his 5th house), and it’s making a trine with Venus which is a great thing for the Aries man’s romantic life. He’s ought to go out and about, on active dates that involve a lot of excitement and adrenaline. Horse-back riding comes to mind as well as paragliding.

Dating On A Budget

On the 16ht of May, there’s a big Full Moon in Scorpio Eclipse and it activates the Aries man’s second and eighth houses. This means that the focus of this Eclipse is money (his and his partner’s). This is especially highlighted as the Sun conjuncts the North Node, whereas the Moon conjuncts the South Node.

Venus is now conjunct Chiron in Aries and he will feel some wounds from the past rear their ugly head, especially emotional wounds tied to his body image and overall look. But, fret not, Jupiter is now in Aries, and he is there to bring gifts and blessings to the Aries man.

Mars is conjunct Neptune in Pisces and it would be wiser to not react to any provocations during this time. Instead, he is to sit and ponder what it all means, and if it has a deeper meaning that’s there for him to discover. He should be careful in traffic and not speed.

It’s a great time for activities that will feed his ego and help him feel better about himself, so opt for anything and everything he feels confident doing. It’s not a good time for him to spend his partner’s money but at the same time, he is asked to save money, so going out in nature and dating on a budget can be a very good idea right now.

The 30th of May brings about a New Moon in Gemini conjunct Fortune, while at the same time we have Mercury Retrograde in Taurus conjunct the North Node. The New Moon takes place in his third house of short travel and communication. It’s a good time for verbal dates and dates that involve the mind – board game night sounds pretty dope.

Mars has (finally) moved to Aries and is conjunct Jupiter – he is finally feeling like himself as his ruler is conjunct the greatest benefit in our solar system. This also means that he is prone to not thinking at all during this time, and acting like a fool, so be careful, you’ve been warned.

Venus has moved to Taurus where she feels great as it’s the sign of her domicile, and she highlights his second house together with Mercury Retrograde, the North Node, and Uranus. This is a good sign for his money, but he is at the same time asked to know the difference between overspending and measured saving.

Considering the entire map of the sky, now is a great time for action-packed dates that aren’t too extravagant, but do include a dose of hedonism and enjoyment. It’s a great time to activate the frontal cortex and have fun in an intellectual and witty way.

Read next: The 7 Relationship-Killing Mistakes With An Aries Man

The Aries man will feel all kinds of feelings during May. At the beginning of the month, he will be asked to work on his fears and relationship with his enemies and phobias.

In the middle of the month, he will have a glow up and he will feel good about himself. This is why he will be in an extra sexy mood, so it’s a great time for dates and planning (romantically) ahead.

Towards the end of the month, he will be on his high horse thanks to Mars and Jupiter residing in his sign and Venus moving to Taurus where she feels great! But to sum it all up, this is the beginning of the Aries man’s prime!

Are you looking for more ways to make your Aries man your forever love? Or do you feel like there are still some bumps in the road with your Aries guy?

I’ve still got a few spots left for my VIP consultation where I can answer all your personal questions in love and life. >> Check it out right here.

All the love and happiness in the world.