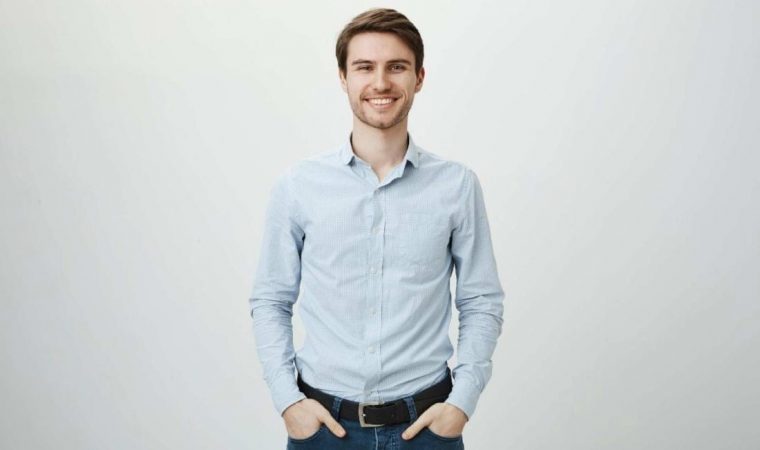 Hello, darlings! How are you? We’ve reached the first milestone of 2022, the month of Love – February. So let us dive into the February predictions for the Aries man, and see what’s waiting for him in this short but sweet month.

The shortest month of the year starts off with a bang – a New Moon happens on the 1st and it brings forth a new hope, a new age, and new romantic cycles begin. The Aries man will have it quite interesting at the start of the month as this lunation will trigger his social sphere, and his extroverted side will come out to play more.

The 8th of February has a lot of interesting aspects, and all in all, it illuminates his tenth, eleventh, twelfth and second houses. There’s a lot going on, but he has good luck on his side when business deals and professional life is on the line. There’s also a possible raise or promotion happening at this point in time.

A Full Moon on 16th of February activates Regulus, a fixed star, and it brings extra light to his fifth house of sensuality and earthly pleasures. Alas, his focus is still on the sphere of professional matters, as Mars and Venus conjunct on a very perilous degree. It’s a good time to enjoy each other’s company, safely.

The end of the month packs a punch. The Aries man’s mind is focused on money, career, excelling in the professional world, and showing off his success at social gatherings.

Keep reading for all of the details!

The month of romance kicks off with the New Moon lunation right off the bat, on the very 1st of February. This majestic conjunction between the two Luminaries in our sky happens in the sign of the Water Bearer – Aquarius.

This means that the Aries man’s eleventh house of social networking, friends, and connections is illuminated. This is quite important, too, as the Moon conjuncts Saturn (exactly) during this New Moon. This is good news, actually.

At this moment in time, Saturn is the dispositor of the planet of love, Venus, which happens to be in Capricorn and conjunct Mars, the Aries man’s ruler. This all means that the Aries man will have a lot of luck and action in both love and professionally.

His colleagues and friends are going to play a major role at the beginning of the month, and they might even be the ones who tip the scales in the favor of love through some foresight and solid advice.

Since the conjunction between his ruler, Mars, and Venus happens in his tenth house of career, public image, and professional sphere, it’s not impossible that he’ll meet a love interest through his work, or that he’ll (finally) acknowledge his love interest as a potential partner.

Both Jupiter and Neptune are in Pisces as of now, in his twelfth house of dreams, illusion, hidden enemies, and phobias. Jupiter is the great expander; thus, his dreams will be very vivid and quite psychic too. But so will his fears, paranoias, and the secret moves of his enemies.

The Aries man might be mentally tense and overburdened at this point in time, but honestly, his friends and lifework are the ones being his saving grace now.

2. Where He Goes, Luck Follows

Around the 8th of January, there’s a tight conjunction between Mars (his ruler) and Venus (the planet of love) in Capricorn right on the Nunki fixed star. This means that the Aries man will have extra luck in both romantic and professional dealings. His keen on receiving favors from the opposite sex at this point in time, and he will have great success in executing his goals.

He is strictly goal-oriented right now as Mars is exalted in Capricorn, but if there are any opportunities for dating, going to classy dates all dressed up, drinking champagne, and celebrating his victories is the good way to sail into a relationship, or make it deeper.

The Sun conjuncts Saturn and Castra, a fixed star, in Aquarius. This means that people from the past (especially his friends) will be coming back. His social life will not be as extroverted and “Hakuna Matata” at this point in time thanks to the great constrictor, Saturn, lord of Karma, and Castra.

Jupiter is slowly nearing Neptune in Pisces, in his twelfth house, and this can mean more intense dreams and lessened quality of sleep. However, the dreams he has now can predict his own future and some outcomes he yearns for in the present moment.

If he has trouble sleeping, a good idea is to have late-night talks or chats. This can turn into a big (romantic) game-changer for him. If he sees a safety net and understanding in his partner or love interest at this point in time, it’ll leave a big impact on both his conscious mind and his deep psyche.

The Moon is traversing between Uranus and North Node in Taurus as of now, and that means his finances are going to get better, especially if he has worked hard or shown his worth on the job. A raise is a plausible option for this transit, and so is a proper celebration, especially if the setting is intimate and cozy.

On the 16th of February, we are greeted with a Full Moon happening on a mighty degree – the degree holding the fixed star Regulus, and opposed to the Sun in Aquarius. This Full Moon occurs in Aries man’s fifth house of pleasure, fun, and excitement.

Don’t be surprised if he goes all out during this lunation, Regulus is such a mighty star and it holds so much power in itself that when combined with the Moon, it gives extremely grandiose emotions, dramatic gestures, and larger-than-life actions.

This is a very good moment to go out and enjoy each other’s company. But since this is a very sensitive degree and Mercury just entered Aquarius (again), it’s advisable to take things slow and not dive headfirst into any unprecedented situations.

The Aries man’s tenth house is continuing strong, as Mars and Venus are now toe-to-toe with each other, they are conjunct on the same degree, and they are conjuncting Sabik (fixed star) which gives him luck in artistic affairs. This is not a good moment for love affairs, mind you, so it’s best to postpone any passionate or premeditated moves during this period in order to avoid getting them back at you like a boomerang.

The Sun is sextile Pluto; this aspect is activating both his eleventh and tenth houses. If your Aries guy knows what’s good for him, he’ll make a move on that promotion he’s been postponing for years now.

The North Node is slowly making its way closer to Uranus in Taurus, this means sudden changes in his body and his financial freedom. He needs to be careful with money right now and he needs to invest with more care in order to avoid unpleasant surprises in the upcoming period.

The end of the month packs a serious punch as both Mars and Venus (both on the same degree) conjunct Pluto in Capricorn and bring more seriousness to his professional dealings and career.

The Moon conjuncts Mercury and Saturn in Aquarius in the Aries man’s eleventh house of friends, so he can expect some fateful meetings that will bring karma from the past. He might even go on an unexpected trip.

The Sun conjuncts Jupiter in Pisces and Jupiter is drawing ever closer to Neptune, his dreams and intuition will light up like a Christmas tree at this point in time, but his inner eye is turned towards romantic stories from the past and his public image.

The Aries man is not romantically inclined at this point in time – what’s more, he is using his mental aptitude to excel in career and business life. Possible romantic happenings right now are tied to his eleventh house of friends and social gatherings via friends, that is the only romantic opening for the  Aries man at the end of February.

There’s also an accent on his finances, so his mind will truly be focused on making money and saving up for some future plans and ambitions.

Read next: How To Tell If There’s A Future With Your Aries Man

Even though the month of February is called the month of romance, there won’t be much of it for Aries man. His mind is focused on finances, monetary gain, and career success.

As always, some of these transits are going to feel a little different than what I have explained here. While generally accurate, these predictions don’t reflect the entire depth of information found within your partner or love interest’s birth chart.

Enjoy your month of romance with your Aries man, you both deserve it!