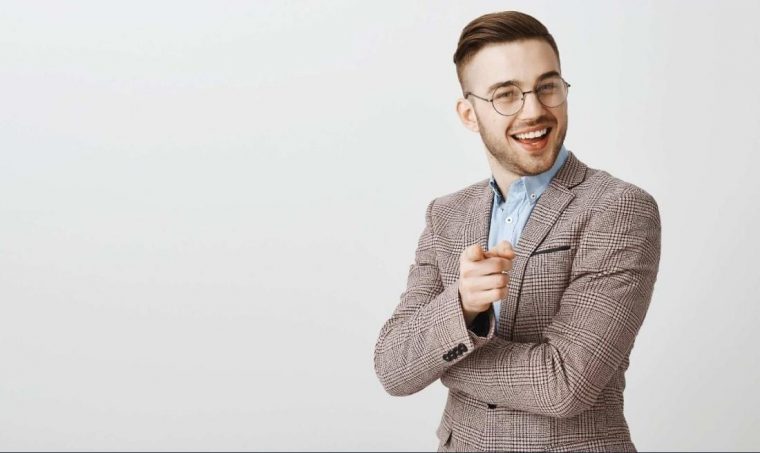 Hello lovelies, welcome to the new and super-charged 2022! How was New Year’s Eve? Everyone survived? Good, now let’s dive in the first month of this majestic new year of 2022, and see what it has in store for the Aries man.

The New Moon brings good tidings and fortune right off the bat, along with the New Year, for the sweet Aries man. There are going to be a lot of good things happening for him, and not least of them is his love life. It’s a good moment for love confessions, healing the past wounds, and starting anew with united forces.

The first trimester puts the Aries man in an explorative and philosophical mood. He’ll be open to unconventional things, activities, and experiences. Make the best use of it by inviting him out on an unusual date and showing him something he’s never seen or done before.

The Full Moon will prove to be a particularly challenging time with a lot of difficult aspects. The best thing for the Aries man is to spend time in solace, contemplating and reviewing his life choices and possible life paths that are going to be ahead of him in the near future. Karma is a tough cookie to crack, and she will be back to collect if some “wrong turns” are taken at this point in time.

The end of the month is colored by Saturnian colors, and the time to rise up to the challenge has come. Especially when relations and love are in question. The Aries man should be ready to fight for what he feels is true in his heart, and he can show his mettle by taking part in challenges that are presented to him in the form of a test of will, sacrifice, and selflessness. Pay close attention to where he opts to rise to a challenge and where he backs out – it’ll speak volumes for his heart’s state.

Right off the bat, we have a powerful New Moon lunation on January 2nd; the Moon conjuncts the Sun in Capricorn and both of our luminaries conjunct powerful fixed stars from the Sagittarius constellation which bring favorable times for domestic affairs as well as public renown.

This strong conjunction happens in the Aries man’s tenth house, the house of career, public image, and respect. And not only the Sun and Moon make a strong impression on his tenth house, but retrograde Venus conjuncting Pluto does too.

This is a very potent time for the Aries man’s career and public image. But it’s also a time for karmic reckoning and reevaluation of past relationships for the Aries man. Venus rules his seventh house of marriage and long-term partnerships, and her current state and position indicate that the Aries man will come into contact with someone from his past via his career and through his coworkers.

This is a very potent time for him to heal his past wounds and to start anew with someone from his past with whom he thought he had gambled all his chances. This New Moon indicates a time of reckoning as all of these planets are under Saturn’s rule, and Saturn resides in Aquarius on Pisces degree, thus presenting a rare chance for forgiveness and moving on into greener pastures.

Of course, we cannot discount the Aries man’s ruler, Mars, residing in the sign of Sagittarius making a nice sextile to Saturn. Now is the time for forgiveness and for taking your chances with your Aries man.

Things have a strong chance of turning out for the better, if not even for the best. Get in touch with him, come clean, say what you feel and let the universe take the wheel.

Around the end of the first third of the month, the Moon is transiting through his sign, Aries, and it’s making a nice trine to his ruler Mars that resides in his ninth house of long-distance travel, philosophy, adventure, and debate.

This, coupled with a strong square the Moon makes to the party in Capricorn (Venus Rx, the Sun, Jupiter, and Pluto) makes for an interesting occurrence, especially in the romantic field.

The Aries man will be prone to excitement, adventure, and mentally stimulating activities. Visiting a haunted house, having a séance, or going to an occult fair and getting Tarot readings is something that would be right on point now!

He is open to speculative and philosophical activities at the moment. Both his twelfth and eleventh houses are illuminated by big players (Saturn, Jupiter, and Neptune), and his thoughts are naturally drawn to more peculiar topics and otherworldly phenomena.

Mix that inclination with his current mood for self and emotional expression, and you get a perfect date in doing something “weird,” unusual, and never experienced before. Be brave, try it out, and see where it takes you – I only see good things in the stars for the Aries man right now.

On the 17th, there’s a Full Moon in Cancer opposing the Sun in Capricorn. This lunation falls in his fourth house, and it makes a couple of unfortunate aspects with Pluto, Mars, and the Sun.

This means that this Full Moon will put the Aries man on the edge, and he’ll be dealing with some home and family matters. What’s more, Mars, his ruler, will conjunct a particularly malefic start from the Scorpio constellation and this could cause health problems for him, particularly in the groin area.

The Sun conjuncts Pluto and they directly oppose the Moon; the Sun throws light on Plutonian dealings from his tenth house, and his father’s or boss’s health might be compromised, which can lead to additional pressure on his heart and psyche.

There aren’t a lot of possibilities for fun activities or anything lighthearted at this moment in time for the Aries man. The aspects are clear and the message is direct: rest, retreat, recuperate, and make the best out of it by being with yourself and your thoughts.

Both Venus and Mercury are retrograde at this point in time, with Venus in his tenth house and Mercury in his eleventh. He will be prone to love affairs and affairs under the radar at this time, but it’s not very wise or advisable for him to indulge in those impulses right now.

Whatever he does right now will prove to have consequences in the long run, so being careful with his choices and actions is beyond wise. The best activities for this point in time are staying at home, or somewhere where there’s peace and quiet, resting well, and contemplating life.

4. Rising Up To The Challenge

At the end of the month Mars, his ruler, moves to Capricorn and slowly, but steadily approaches Venus that has turned direct by this time. Mars is exalted in Capricorn, and as such gives additional power and focus to the Aries man. Especially when his tenth house dealings are in question.

This period is not made for fun either, as the ruler of his fifth house, the Sun, resides in Aquarius at this time and conjuncts both Saturn and the Moon in his eleventh house of friends and noble causes.

This means that his romance and love life are not lighthearted at this point in time, not at all. He won’t have many chances to “fool around” and simply enjoy (shallower) pleasures in life. Instead, the Aries man will be asked to up his (love) game and get serious about his emotions and intentions.

Now is a good time for deep conversations, activities that will set the mood for the upcoming weeks concerning his romantic life. Good activities for this time would be challenging ones, like hiking or building something together. An activity that requires commitment, not giving up, and showing what is one made of is best.

The planets are in his favor, for sure, especially Mars, so he will be able to do it, without a doubt. He’ll be amped up for any kind of a challenge and even a competition you put him up to, the only thing remaining to be seen is whether he’ll want to.

Read next: 4 Reasons Why An Aries Man Is The Most Complicated Lover In The Zodiac

And there you have it my lovelies. The first month of the new 2022 year is covered. Hopefully, this guide will help you navigate through new and exciting waters.

Some of these transits are going to feel different for individuals than I have explained here. While generally accurate, these predictions don’t reflect the entire depth of information found within your partner or love interest’s birth chart.

If you’d like to get the FULL roadmap to making 2022 an amazing year with your Aries man, you don’t want to miss this special 2022 program here.

Stay healthy, stay well, and stay sparkling, until next time!