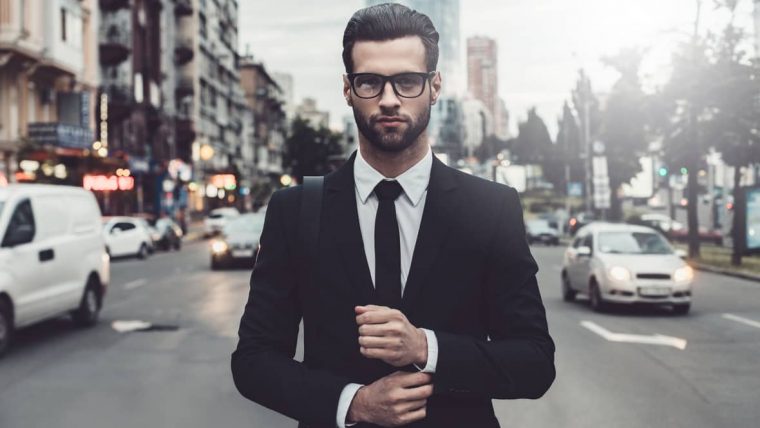 Hello, my darling readers. Spring has sprung and it’s your favorite time of the month – prediction time! So, let’s hop right in and see what April brings!

The beginning of the month is reserved for your Aries man’s wants and needs – the New Moon conjunction (with the Moon, the Sun, Mercury, and Chiron) is taking place in Aries, his first house of self, so there’s not much “freedom” of choice you can exercise with him during this time…

The end of the first monthly quarter brings some emotional tides to his life’s doorstep. The Aries man will likely experience fallout with someone from his family or friend circle, and this will bring him closer to his own heart and his own home. It’s a good time for soapy movies and romantic dinners, and to have some peace and quiet with candles…

The Full Moon brings the change of tides in his love interest or partner’s favor. He’s bound to feel weakened during this time thanks to Mars’ transition to Pisces and his twelfth house, where it feels constrained. Venus and the Moon, on the other hand, feel very tight and powerful right now thanks to their position in Pisces and Libra. Whatever you had planned – go for it, the time is nigh!

On the 30th of April, we have a beautiful Black Moon in Taurus! Venus and Jupiter are in a tight embrace in Pisces and Mercury transitioned into Gemini. All is well in the women’s world. It’s a perfect time for all kinds of sensual and hedonistic activities, so rejoice and enjoy…

Right at the start of the month, there’s a charged conjunction in Aries – the New Moon meets the Sun, and in the middle, Chiron! This takes place in his first house of self and that means he’ll be very focused on his own needs and wishes.

But not all will go as he planned. Alas, his ruler, Mars, is in tight conjunction with Saturn in Aquarius, his eleventh house of blessings, so he will be forced to be generous and to think of others. This is going to be a real struggle for him because Mercury is also in the middle of that New Moon conjunction – in Aries.

His thoughts will be faster than light, and his tongue sharper than a knife. The beginning of the month is a good time for dates that focus on him and activities that he wants to do. The planets are on his side right now, empowering his Ego, so you might have a difficult time either voicing your opinions and wants or implementing your romantic ideas for dates and such.

Around the 9th of April, the Moon illuminates Cancer – the Aries man’s fourth house of family and home, while Venus, Jupiter, and Neptune cast a powerful, dreamy light on his twelfth house in Pisces. This means that his dreams and intuition will be empowered during this time and that it’s a good moment for romantic dates and activities.

Watching sappy movies and inspirational pictures, staying in, cuddling, and having romantic dinners at home are the right activities for the Aries man during this period.

Mars is still near Saturn, now with Juno in the mix, in Aquarius, so it’s possible that he’ll experience fallout with his friends, father, or grandfather. And quite possibly over something trivial, like an internet issue or social justice topic.

It’ll be good for him to stay at home (away from his family and parents’ home) with his lover, and to create a safe oasis for himself where he can experience love and give love (along with pleasure).

On April 16th, we have a Full Moon in Libra, his seventh house of marriage and love. The Sun is on the last degrees of Aries, preparing for its exit from this sign, and the Moon is conjunct Vertex. This means that now is a perfect time to air out all of the misunderstandings and resolve emotional issues.

Mercury is in Taurus – a sign known for its patience and slow-talking, however, it conjuncts Uranus, and arguments are bound to become heated and erratic, it’s troublesome to predict the outcome of anything right now.

Jupiter and Neptune are hugging in Pisces; they’re conjunct exactly, and Venus is rejoicing in Pisces as well. Mars found its way to the first degree of Pisces, and it does not feel good there.

But this is your chance to take the higher ground – you, as a woman, have the support of the planets right now, and you can make the most of it. If you wanted to make him play by your rules and bend to your will. Now is the time to act!

If all is swell and great between the two of you, then, now is the time to make the first move and ask him out on a romantic date that involves dreamy activities. Take it slow, enjoy the moment while it lasts, have a good time, and cuddle. Or at least touch fingers or hold hands.

On the 30th of April, we have another New Moon – the Black Moon as folk call it! This time, the conjunction takes place in Taurus – the sign of the Earth and fertility. And this time around we have a mighty powerful player in the mix as well: Uranus!

Mercury has moved to Gemini where it feels extremely good, and Venus conjuncts Jupiter on the exact same degree in Pisces. This, definitely is, the time for girl power and women to rise up!

Mars is still traveling through Pisces, it’s on its way to meet up with Neptune. This New Moon highlights the Aries man’s second and twelfth houses. This means that he is open to suggestions, especially if they involve hedonism and leisure activities.

The Aries man will be like plasticine in your hands to mold him as you will, especially if you implore your womanly powers over him. It’s possible that a lady he hides in his past (and in the depths of his heart) gets back in contact with him. He will be successful in hiding it if that’s the case.

This time is not a great time for all kinds of sensual and hedonistic pleasures just for us ladies, but for men as well…

Read next: The Aries Man’s Favorite Body Parts That Turn Him On

The Aries man will feel empowered and “in his prime” during the first quarter of the month, but as the first half draws nearer, he will begin to fall back and out of grace as the female archetype rises into power.

During the first quarter, you will have to follow his lead and wishes if you want to keep peace in the relationship, if not, well then, suit yourself.

The Full Moon will definitely highlight relationship dynamics and what goes on between the two of you, as it highlights his seventh and first houses. If you had any fallouts and misunderstandings, now is the time to work on them.

The second half of the month sees you rise into power and overtake the reigns. The Aries man might not love it, but he’ll have to accept it. This is your time to shine and set the terms. Make them as juicy and hedonistic as possible. Trust me…

I know that it can feel impersonal just to read my general advice on my horoscopes. If you ever feel this way then take advantage of my VIP Consultations. I created them so that I could get more in touch with my followers, one to one. Move fast to book a spot though!

Wishing you a wonderful April full of love and light. I’m looking forward to seeing you here again next month!