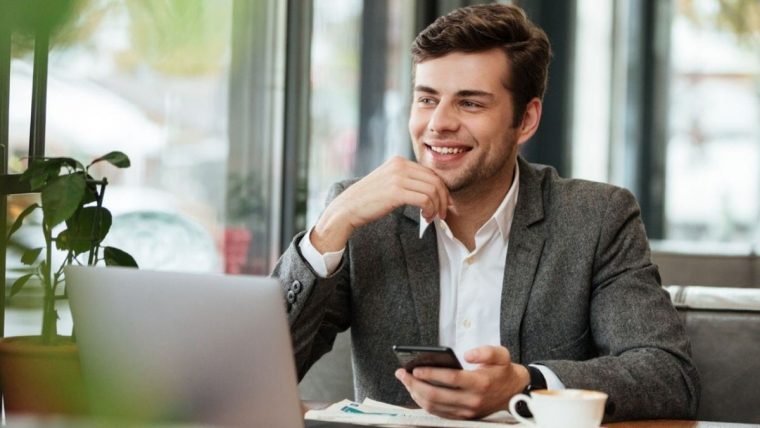 Hello, my darlings, how have you been? Everyone survived November? Good, for here come the holidays and the end of yet another year! 2021 has been the year of recovery and dealing with the aftermath, and we should send it off with a bang.

The Aries man will be the first to volunteer for festive activities and a cheery atmosphere. He will feel very emotionally confident and good about his feelings, and so he’ll express his emotions more openly at the beginning of the month.

The middle of the month will see his tenth and eleventh houses accentuated, and thus, his focus will be on his public image, career, and teamwork at the workplace. He’ll also need extra encouragement and positive vibes sent his way due to the Moon and Chiron conjunction in his first house.

During the Full Moon, the Aries man will feel torn between his family and work. His mind will wander, and his dreams will be vivid. He’ll probably need time (and space) for himself during this transit, as he will feel pulled in all directions.

The end of the month brings big changes for the Aries man’s romantic status and professional life. He’ll most likely spend the holidays on a work trip with his colleagues or friends. But that doesn’t mean he won’t be thinking about his love interest or partner with all the intensity he can muster.

December looks good for the Aries man, promising even. He’ll have a good time, his presence will be required at work more than usual, that’s true, but that will give him the professional boost he’s been wanting for years, and it will help him get a clearer picture of his own emotions and romantic standing.

At the beginning of the month, and especially on the 4th of December, when we have a big New Moon Eclipse in Sagittarius, the Aries man’s eighth, fifth, ninth, and tenth houses will be accentuated.

This means that he will not only be in a festive mood, but he’ll also be very romantically oriented. He’ll want to express his feelings openly due to the New Moon conjunction with both the Sun and Mercury and his ruler (Mars in Scorpio), he’ll want to say it all and act on all of his impulses!

The Aries man will probably receive a hefty bonus at work, and since he’ll be in a festive mood, he’ll want to go all out when it comes to dating – saunas, hot springs, spas, watching the wind blowing out while being comfy and cozy indoors – the Aries man will want all of that.

A short trip or an early vacation is “in the stars” for the Aries man, and he’ll have a beautiful beginning to the last month of this year. He’s in for a romantic treat, indeed, and a little piece of advice for his love interest – boost his ego and confidence.

Due to the Chiron placement in his first house, the house of self, he’s been feeling a bit down on the low, so make those compliments fly and make him feel seen and special if you get the chance.

2. The World Is Your Oyster

During the middle of the month, his insecurities and ego wounds will be highlighted thanks to the lunar transit that will take place in his first house and conjunct Chiron, which resides there.

But he should still feel very motivated and energized as his ruler, Mars, moves into the enthusiastic (but fiery!) Sagittarius. His focus will be more on philosophical topics and career matters.

During this time, it would be good to spend time outside, go on outdoor adventures, and talk about space, other galaxies, and moving abroad. The Aries man will be delighted to talk about philosophical questions, hypothetical topics and to play around in his mind with going to foreign countries that he’s always wanted to visit.

The Aries man will have his focus drawn to career matters very much during this time. Pluto and Venus make a powerful conjunction in Capricorn – his tenth house of public image and career. At the same time, Saturn and Jupiter accentuate his eleventh house of noble causes and teamwork.

He may receive extra work, which he wasn’t counting on when he made his plans for the end of the year. But if he approaches this as an opportunity to show off his skills and he “plays nice” with the rest of his team, money will find him in abundance.

3. Big Festive Hustle On The Horizon

On December 19th, there’s a Full Moon in Gemini, and this lunation highlights the Aries man’s third house, the house of communication and short travel. At the same time, his ninth, tenth, and eleventh houses are all illuminated and active.

This means that he’ll be talkative during this time but also possibly busy due to the unexpected extra work. During this period, it’s better to spend time indoors. Romantic activities should be cozy, with a focus on communication and stress relief through saying what’s on his mind, sharing thoughts, and having both output and input.

During the days following the Full Moon, the Aries man will focus more on his home and family life. His family will require extra attention, which will be at exponential odds with what he’s experiencing at work.

This might put him in a foul mood, so giving him the time and space he so sorely needs could prove to be a wise decision. His dreams are very vivid during this time, so don’t be surprised if he tells you that he’s been dreaming of you!

Even if he doesn’t tell you, and you dream of him – this is a clear sign that you’re making night visits to his subconsciousness. It’s a positive sign!

4. He’s Got An Itch For Travel

The end of the month (and the year, as a matter of fact), will find the Aries man traveling abroad. Most likely with his friends and coworkers, actually. It’s time for a reevaluation of the romantic relationship.

Venus has moved retrograde, and she is requesting reevaluation. The Aries man will feel forced to declare the depth and seriousness of his feelings. First to himself, then to his friends, and finally to his partner or love interest.

Relationships that start now will most likely endure through time. Both his ninth and eleventh fields are active, together with the tenth house, which means he will be far away from home when this romantic realization strikes him.

This is a good thing because although he might not be physically present to go on romantic dates and spend a good time with his partner or love interest, he will surely be present in thoughts and heart.

The end of the year brings great things to the Aries man’s professional and friendly life. And it also brings severe changes to his romantic and love life. What kind of changes exactly remains to be seen further down the line.

To find out what 2022 brings the Aries man, and how will this retrograde Venus affect his love life, stay tuned and follow up on my next article which will cover these topics.

The Aries man’s December will turn out to be quite an exciting ride, but then again, when is the Aries man ever on a boring path?

Some of these transits are going to feel different for individuals than I have explained here. While generally accurate, these predictions don’t reflect the entire depth of information found within your partner or love interest’s birth chart.