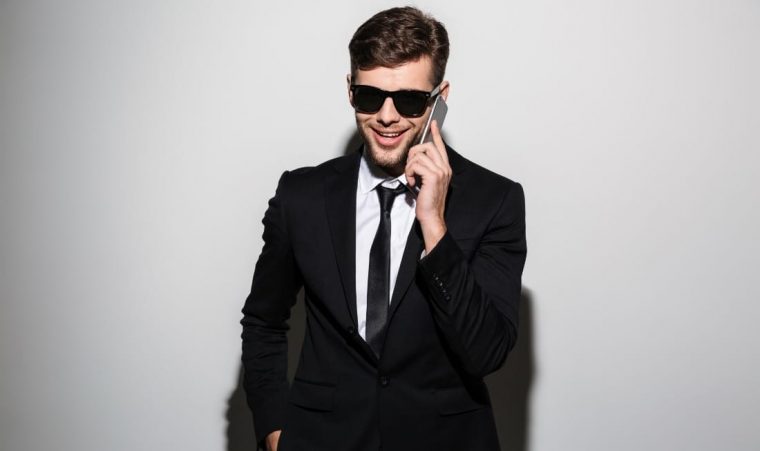 Hello dear readers, how are you? June sped right by, didn’t it? My, oh my, and here we are, already in July. So, without further ado, let’s dive into the Aries man’s predictions for this wonderful and feisty seventh month of 2022.

The first week of July puts the Aries man in a sluggish mood, but his romance radars are up and running, and his mind will always go back to that love-struck memory in his head where he’s at a nice dinner with his better half. It’s a good time for hedonism and satisfaction, but not a bad time for overspending.

During the second week of July, there’s a mighty strong Full Moon conjunct Pluto Retrograde in Capricorn, and since it’s opposing the Sun and Mercury in Cancer, the Aries man will experience battles between his professional and home life. It’s a good time to revisit old strategies and ideas when it comes to working, but it’s also a good time to be sleeping more and writing down your dreams.

The third week of July puts our fiery cowboy back in a good mood and upbeat mannerism. It’s a great time for fun dates that include a little bit of excitement (or much more, however you guys prefer it), and good times. It’s also a good time to be open about your emotional needs and desires, thanks to Venus in Cancer conjunct Lilith – your wishes will be heard (and fulfilled).

The fourth week is somewhat of a fourth July for the Aries man thanks to the New Moon in Leo, Jupiter going Retrograde, and Mars conjunct Uranus in Taurus. It’s the perfect time to start a vacation, a new exciting activity, and a fresh diet or an exercise regime! It’s also a great time to be in the mood for romance and all things fun, just be careful in traffic and always wear your seatbelts.

It’s Time To Bring On The Pleasure

During the first week of July, the Aries man might feel sluggish thanks to Mars in Taurus, and Taurus is all about taking it slow, steady, and with pleasure. Combine that with Jupiter in his first house – he’s bound to gain some weight. But it’ll all be in the name of pleasure, so his mood will be good at least.

He will be talkative and relationship-oriented thanks to a nice trine between Venus in Gemini and the Moon in Libra, so ladies, now is the time to bring it on!

Whether willingly or not, the Aries man’s focus will be shifted to family matters, and he will be asked to reevaluate his recent contribution to the “family table.” But he will also experience a stride of good luck when his career is in question, so his overall mood should lean towards pleasure and hedonism.

The Aries man might experience some financial turbulence during this first week, thanks to Uranus and the North Node in his second house. But if he listens to intelligent advice from his kind and calming partner, he stands to gain a lot in the coming days and weeks. It’s time for pleasure, yes, but not for ludicrous spending.

At the end of the second week of July, there’s a Full Moon in Capricorn conjunct Pluto Retrograde, and on the opposite side of the sky, there’s the Sun conjunct Mercury in Cancer. Everybody will feel this strong lunation, but the Aries man won’t be personally affected as his ruler, Mars, is being left alone by this lunation.

Your Aries man’s fourth and tenth houses will be affected, however, his mind will be strewn between work and his home and family life. As Uranus gets closer and closer to the North Node in Taurus, his second house, it’s only natural that his mind will be racing towards his (under)achieved professional goals and career dreams.

The Aries man is in a professional-oriented mood during this week, and he will tend to cut off any obligations and relations that aren’t closely tied to his professional success. Bear with him, that too shall pass. Plus, he’s going to get off easier during this lunation than most other signs.

It’s a good time for constructive advice, business consultation, and work-related brainstorming. Since we have three ‘heavyweight’ planets in Retrograde right now in the sky, it’s a good time to reevaluate and revisit successes and ideas from the past. The Aries man could be under-slept or prone to overworking during this time.

During the third week of July, the Aries man is getting back into his cowboy saddle, so he’ll be jollier and more upbeat. It’s a good time for all kinds of group and social activities, mixers, and banters. It’s also a great time to buy lottery tickets and play lighthearted gambling games together; who knows, you might even win something besides having a laugh and a good time…

Towards the end of the third week, the Aries man’s attention and focus will be back on finances and monetary matters. It’s a good time to reevaluate one’s saving manner and to see how it can be upgraded and made easier.

Since Mercury passed on to Leo and activated his 5th house of fun and pleasures, and there’s also Mars in Taurus still, mind you, now is a perfect time to explore new sexual and sensual ventures, to experiment, and have fun in new and uncharted ways.

It’s also a great moment to go to the movies and have a little ‘hanky-panky’ in the dark of the movie theater. But be careful not to be too loud and provocative, or else, you might find yourself expelled from the projection. Practice balance and good manners in public, and then go nuts in the privacy of your bedroom (or balcony, for that matter).

Fun And Games All Day Long

During the fourth week of July, there’s a bright and shiny New Moon in the sky in Leo, and it’s also conjunct Mercury! This is great news for the Aries man, as it offers a chance to begin something fresh and new when it comes to romance and how he’s having fun!

Jupiter joined the Retrograde party, and is now moving backward in his sign, so it’s a good time to start a diet or start exercising (and taking better care of his cardiovascular system).

I advise caution in traffic and avoiding driving without a seatbelt or without a helmet since Mars (his ruler) is conjunct Uranus in Taurus. The Aries man can expect the unexpected during this time, and he should be careful when his body is in question.

It’s a perfect moment to begin new things (and activities), do fun things, enjoy life, and connect with one’s children, if there are any. But, it’s also a great time for a holiday and water activities, so stay on your toes and make the most out of this quirky transit!

Read next: How To Flirt With An Aries Man Over Text: With Cute & Clever Examples

The Aries man has it easier and more laid-back during July than many other signs, so his mood is bound to be jolly and good for most of the month.

He will also be more open to emotional conversations and topics, especially during the third and fourth week of July, so make sure to jot down these dates if you want to make serious emotional breakthroughs, or to take up your relationship to the next level.

His work and career are going to be in focus a lot of the time during July, especially during the second week, so mind your manners and your opinions around him during this time, as he will be prone to be snappy and irritated. Aside from that, all is good from his end, enjoy it.

Some of these transits are going to feel different for individuals than I have explained here. While generally accurate, these predictions don’t reflect the entire depth of information found within your partner or love interest’s Birth Chart.

2 thoughts on “The Aries Man Predictions For July 2022”

6 Clear Signs An Aries Man Likes You Through Text