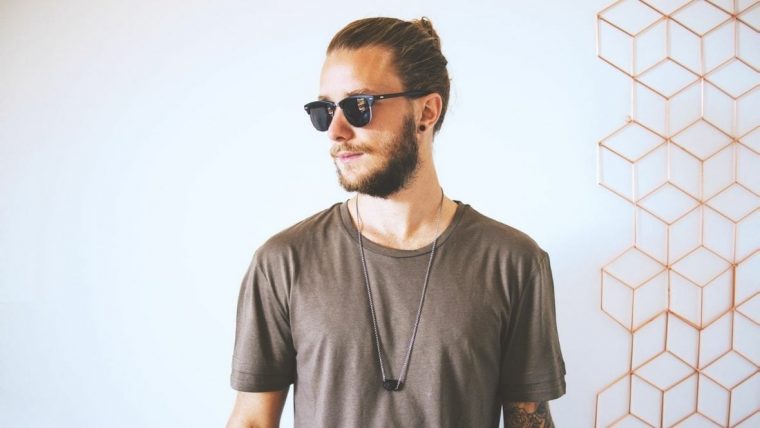 Hello my darlings, how are you? How was May? Good, I hope, because we’re about to dive into June predictions for the Aries man and June’s transits are looking juicy. Get comfortable and let’s dive in.

The first week of June sees the Aries man as a one-man show and he will definitely steal all the spotlight thanks to Jupiter conjunct Mars in Aries – his first house of self. He might seem to be emotionally unavailable, but fear not, his physical presence will be more than available, trust me…

During the first half of the second week, the Aries man will have a calmer head on his shoulders, but his head will be at odds with his heart. Matter not, as we have a Full Moon in Sagittarius in his ninth house during the end of this second week of June, and this Full Moon says it’s time to party! Go wild, be nuts, and enjoy yourself (with him) like never before.

The third week of June has your Aries man in an (unusually) emotional state; he will be more open to intimate conversations and to be spoiled. Now is the time to show him your softer side and treat him like the royal that he is.

During the fourth week of June, we have a New Moon in Cancer and this will put the Aries man in a nostalgic mood. He’ll want to see his mom, and if that’s not possible, he’ll want to have a home-cooked meal and a cozy date. Do indulge him, you might discover many gems in his stories during this time…

The first week of June is quite a bombshell from the Aries man’s perspective! There was a major transit around the middle of May – Jupiter moved to Aries – his first house of self, and now it’s conjunct none other than his ruler – Mars!

This is quite an atmosphere; did you know that Nike’s catchphrase “just do it” was coined during Jupiter in Aries transit? Well, now you do, and this is important because the one to feel this transit the most and fiercest is none other than the Aries man himself.

During the first week of June, he’ll be active, reactive, and in a very sensual mood (thanks to Venus in Taurus). What’s more, there’s a possibility for short trips and very fun dates that include a lot of humor and relaxing times.

The Aries man might be at odds with his heart during this first week thanks to Mars square the Moon transit, but the overall mood will go into his favor as he is the star of this week’s show. He might be a bit hard to approach from an emotional point of view, but from the sexual, sensual, and physical – he’s all yours, ladies.

During the second week of June, the Aries man will have a much cooler head on his shoulders, but he’ll also experience a cooling of his emotions, thanks to lunar transits through Virgo and Libra.

He will be prone to overspending and indulging his more sensual senses thanks to Venus conjunct Uranus in Taurus in his second house of hedonism, but as the Mercury has turned direct and is now moving back into Gemini, his words will become softer and more mellow. So, if you’re up for some sensual flirting and hearing sweet nothings in your ear – now is the time to imitate it.

On the 14th, there’s a Full Moon in Sagittarius and this will highlight his third and ninth houses so the sudden urge to travel might hit him, and hit him hard. And taking into account that big, fat Jupiter in Aries, the madman might actually do it – just up and leave for an oversea adventure, just like Indiana Jones.

This is a perfect time to show him how daring and bold you are, take him up on his wild adventure, and if he wasn’t mad enough to initiate it himself, you be the bold one and ‘just do it’ as athletes would say! It’s time for no breaks and no thoughts, just actions and wild fun. You go, girl!

These Feelings, These Darn Feelings In My Eye…

During the third week of June, the focus is back on Messier Aries – the Moon is conjunct Jupiter in Aries and Mars is conjunct Chiron in the same sign. This means that his emotions will finally break through, and if you went on that trip together, there was a lot of thinking going on inside that thick skull of his.

He is now (officially) ready to align his thoughts and tongue with his heart, and these transits gave him courage and that extra oomph he needed in order to do so. What’s more, Venus is now conjunct the North Node in Taurus, so he is bound to receive not just high libido urges, but also some beautiful and fancy presents. He’s the belle of this week’s ball, so to speak.

Both the Sun and Mercury are in Gemini, highlighting his third house of communication, so he is bound to be more talkative than usual, and to overshare his emotional state, thank the stars.

But now, there’s a new development in the sky – both Pluto and Saturn are in Retrograde, and they are affecting his career and friendship field. It’s possible that he will be asked to review a project from the past and to work again with some old colleagues or make peace with a friend who left a void in his heart. Support him during this week, and be his shoulder to vent on.

A Stroll Down Memory Lane

The final week of June has him revisiting his childhood memories, friendships, and cozy feelings he got from his sunny home and the adventures he had there. His sleep will be either very deep and he’ll be in a drowsy mood, or he’ll have insomnia and thus, dark circles under his eyes. This is thanks to Neptune going Retrograde as well, in Pisces, his twelfth house of dreams and illusions.

Since there’s a New Moon in Cancer coupled with Lilith, the Aries man will have a “sudden” urge to see his mom. He’ll miss her cooking and her kind pets on his hair, which is why if he’s not able to make that trip to see her, you can offer him a home-cooked date with his favorite childhood tunes and with a balcony overview of a sunset.

The Aries man will be in the mood for talking this week, and he’ll want to share with you as much as he can. Don’t be surprised if a lot of topics and details are from his childhood, this is a perfect opportunity to get to know his basics and childish dreams. Work that angle, listen, and find out as much as you can, as this will offer you valuable insight into his psyche and how his heart works.

Read next: 5 Reasons Why Aries Men Stay Committed (And Interested)

The Aries man will have quite an adventurous, active, and, in the end, an emotional month. There’s a lot of action going on during this month, and who could possibly keep up? The Aries man, of course, and his partner or love interest.

The first half of the month will have him at squares or odds between his head and his heart. He will prefer to remain emotionally detached during this period, and that’s okay. But that means more adventurous behavior and more adrenaline-seeking, so be ready for that.

The second half of June puts him in a somber, and then nostalgic mood. The Aries man will be more open to sharing his emotional states and feelings, and most of them will actually be tied to his childhood dreams, years, and playful times.

The end of the month is a perfect opportunity to get more coherent and serious thoughts out of him and to figure out what is it that he truly wants, so use your womanly charms on him and get him to spill his heart to you!

In case you haven’t satiated all your thirst for information and you want to know more, find me here and book your very own reading.

Wishing you all the luck in the Universe.