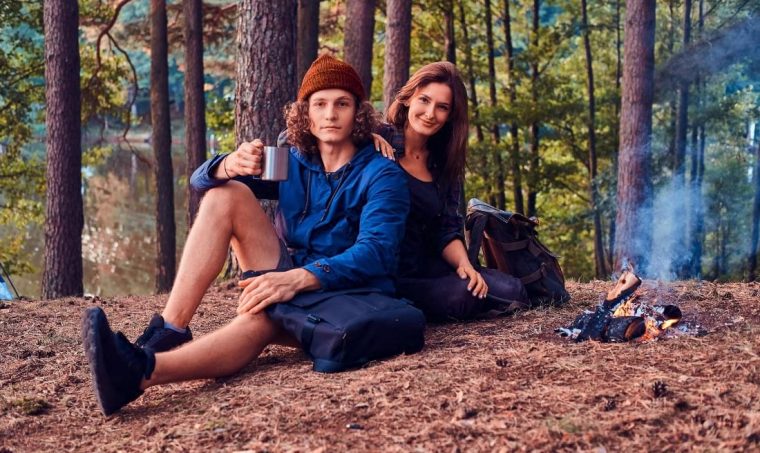 Hello, lovely readers! September is here and with it, the fall season kicks off. We’ve come to the “calmer” part of the year, but will your Aries guy be feeling more at peace, or are things just starting to heat up? Strap in and let’s check out exactly what’s in store for the Aries man this harvest season!

This first week of September requires wise and responsible behavior from the Aries man. It’s a good time to buckle down and get the not-so-fun activities ticked off of your agenda, and doing them together with your Aries guy will take some of the burden and bitterness out of it.

The 10th of September marks a special day, as there’s a Full Moon taking place in Pisces, conjunct Neptune Retrograde. This makes a strong case against the Sun in Virgo and Fortune, so now is a good time to journal dreams, listen to intuition, and make slow and sound decisions that concern both the health and daily life of the Aries man and his loved ones.

During this third week, it’s crucial to play games to take the mental and emotional edge off. The Aries man will be more focused on himself, and this can give rise to antagonistic feelings and feelings of failure. It’s a good time for all sorts of activities and romantic dates that include mental gymnastics and verbal competitions, but remain playful and lighthearted in order to avoid conflicts!

On the 25th, there’s a New Moon in Libra, and this takes place in the Aries man’s seventh house of love and partnerships, so the themes for this lunation are diplomacy, problem-solving, and finding a middle ground that will work not just for him, but for both sides of the partnership that has been developing in the recent weeks or months.

At the start of the month, the Aries man will feel a bit dazed and confused, as he will be asked to revisit his past decisions and choices. Especially when it comes to his physical appearance (health), mental health, and social interactions.

Thanks to Libra Mercury in his seventh house, now is indeed a perfect time for him to make (social) amends, and to use diplomacy and charm in his favor. It’s a good time to check up on his health as well –Jupiter Retrograde coupled with the Sun and Venus in Virgo demands it.

There’s a possibility for a lot of movement and short-term travel. The Aries man will feel at ease commuting to and from work during this first week, and he might even get a stamina boost to finish all projects and obligations that require movement, with ease and grace.

The time has come for him to decide what will happen with his career, and the possible influences decisions made now can have on his romantic and love life. It’s a good time for responsible behavior and thus dates that have such a note. You could schedule a checkup together, visit a nutritionist, plan meals together, or do something that is both productive and responsible for your bodies, yet enjoyable as you’re in it together and sharing the load.

Dream A Little Dream Of Me

On the 10th of September, there’s a Full Moon in Pisces, and it conjuncts Neptune Retrograde in the Aries man’s twelfth house of dreams, subconscious fears, illusions, and premonitions. It’s quite possible that he can experience some very vivid and lucid dreams during this lunation, as well as premonitions and foresight concerning his health and daily occurrences.

Mercury has also turned Retrograde, and this means that his words and relations might get scrambled more than usual. He could be prone to rash behavior and impolite words, but if he knows what’s good for him, he will practice his patience and resilience during this period.

Now is definitely a good moment for him to review his finances and to get as much done as possible. It’s a good moment to go on a date to Ikea, buy items for your home, plan some interior changes, and redecorate your living (and working) space together.

It’s important to be productive and calm right now. There are six Retrograde planets in the sky right now, and that is a signal that it’s time for all of us to slow down, but especially the Aries man, as his first house of self is afflicted, as is his seventh house of love and relations.

Playing Games To Take The Edge Off

The third week of September will put focus on the Aries man’s sense of self, his body, and his communication. His tongue might be sharper and less thought-through than usual, thanks to the conjunction between the Moon and Mars.

It’s a good time for karaoke dates, a little bit of excitement, and mind games that can act as a conduit for inner upheavals and storms. Going to an escape room, playing board games, and generally spending time indulging in mental gymnastics is a good idea for this transit.

The Aries man will be more focused on himself and his needs, and the challenge to communicate his desires and wishes properly is active before him right now. He should indulge his impulses in a playful and creative manner, all the while remaining calm enough to articulate his emotions in the least hurtful or antagonistic way.

It’s also a good time to make peace with a warring colleague or a past friend. Nothing heals the soul like good old forgiveness, so the Aries man should try it out and see how it works out for him.

Time For Negotiations And Diplomacy

The end of the month ends with a bang for the Aries man, thanks to a provocative New Moon taking place in Libra, his seventh house, on the 25th of September. This is a perfect time to start something new and fresh in your relationship.

Setting healthy boundaries, working on your love language, diplomacy, and finding a middle ground are all topics of this New Moon. The Aries man might feel provoked and barren as the New Moon, Sun, Mercury, and Venus all make a strong opposition with his Ascendant and Jupiter in Aries.

This is a good time to start couple’s therapy. It’s also a great time to express bottled emotions and feelings of guilt but in a calm and diplomatic manner. the Aries man is asked to focus on his partner during this time, and to be less selfish and more giving,

This is a very good transit for love, and the Aries man should make the most of it by opening his heart and mind up, accepting what he cannot change, and working on what is making him less than satisfied. It’s a perfect time to work on mutual happiness and overall well-being. All wellness comes from within, so if your heart is in the right place and you’re feeling positive and good, then everything else has the capacity to turn out well.

Read next: The Aries Man’s Favorite Body Parts That Turn Him On

The Aries man will be feeling busy and slowed down during September. Alas, such is fate, and every period has its purpose. He should focus on reviewing and revisiting the past during the first ten days of September.

The first couple of weeks has the power to put him in the right headspace for mending and healing from the inside out. It’s a great time to visit a doctor, nurture and care for one’s body and oneself, but also to be patient and slow down.

After the Full Moon in Pisces, things calm down and the atmosphere inside the Aries man’s head turns to some other things and topics. He is eager to display his temperament, but at the same time, he needs to find a creative outlet for all that in order to avoid conflicts and remain on the positive side of the spectrum.

The New Moon in Libra is the real culprit that will culminate September for the Aries man, and he should remember to remain peaceful and calm in his demeanor.

Are you looking to deepen the relationship potential with your Aries guy but you’re not quite sure how to go about it? Then why not take a look at my VIP consultations. Let me help you get the love life you deserve using my knowledge in Astrology.

Wishing you so much love and happiness!