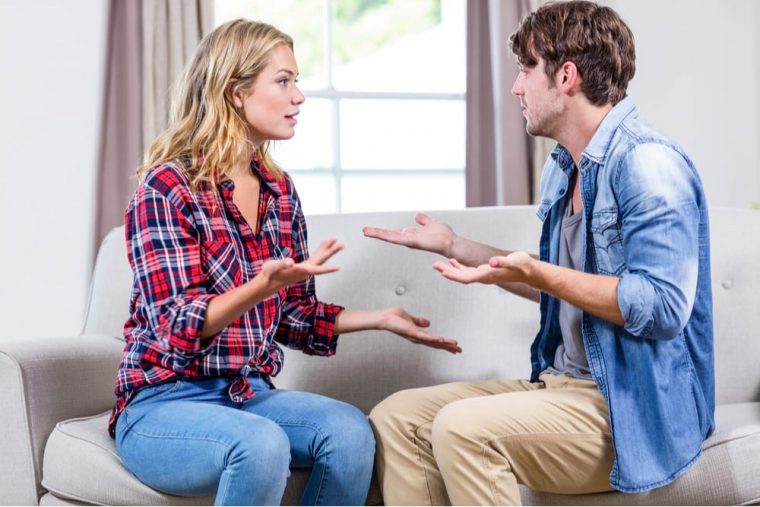 3 Reasons Aries Men Avoid Commitment—And What You Can Do About It!

Commitment is a tricky concept for many people—especially if you have been around the block and want to protect your heart. A fear of being hurt again can translate into commitment-phobic behavior, and Aries men have their own set of quirks in this department! Read on to find out what they are—and what you can do about it.

These days, many men want to have their cake and eat it too—in other words, to enjoy all the benefits of a relationship without actually committing.

Where does that leave you? Some women are playing along with the game, pretending they also don’t want a long-term relationship—and ironically, this has become the “game” many play in order to get him to commit.

If you are a woman in search of commitment—specifically commitment from an Aries man—then this article is for you! Aries men, the firebrands of the Zodiac, are irresistible to many, and being loved by this sign can feel exciting—but it has its challenges.

What if your Aries man doesn’t want to commit and you do? This is a tricky situation to be in, and in my experience as a relationship astrologer, many women have a hard time flipping it around.

But I do have some insightful tips to help you find your way into this hero’s heart. Once you’re there, you’re there for good, and he will fight for you until his last breath!

This will take patience, dedication to the task, and learning the very fine line between being honest and being slightly unavailable. Aries men tend to love the pursuit yet hate rejection, so you have to figure out how to get that balance with this sign!

How do you actually know when an Aries Man is committed? Are there some sure-fire signs to watch out for? Yes, absolutely there are! Commitment can mean different things to every man—different ways of expression and different feelings.

It’s good to remember that Aries is a fire sign, and for these men, action equals love. No words, no promises, no gifts will show you his commitment more than his actions. These are some of the ways in which an Aries man will show his commitment to you.

He Will Come To Your Rescue

Need a tire changed? Your printer fixed? Want to buy a new car? Your Aries knight will swoop in when he’s committed and solve all these problems for you and more.

He would never want his queen to have to deal with these tedious things. He is there to rescue you—you are his damsel!

He Won’t Leave You Alone

When an Aries man is truly committed, he will pester you and be at your doorstep just as often as he can. He’ll basically bubble over in his enthusiasm for you—you are the bee’s knees!

You’ll never get a moment for yourself, and the more you brush him off, the more he will chase you!

He’ll Do Anything For You

An Aries man, when truly committed, will literally do anything for you. He will slay any dragon, tackle any task, and prove to you how much he adores you. These men are totally devoted to showing you through their actions what you mean to them.

In fact, they want you to give them a challenge to prove their love (though not all the time!).

He Can’t Keep His Hands Off You

Aries men typically have high libidos—if you haven’t noticed that already! When he’s committed to you, he will think you are the most desirable woman who has ever existed, and he will not be able to keep his paws off you.

He’ll want to get physical all the time, even to the point of annoyance—so don’t be shy in telling him when you need a breather!

He Texts Back Fast

When an Aries man has decided you’re his lady, he will text you back at light speed! He’ll seldom leave you waiting, even if it’s a quick heart emoticon or a few XOs. He’ll expect the same in return, so best you get your texting skills up to speed!

Aries men can be very possessive. It’s not because they’re insecure—far from it—but because you “belong” to him, and he is the “winner” over all the other potential men who obviously want what he has.

Flirt, and watch him puff up his chest and compete with the man who caught your eye. He’ll only care that he is better, stronger, faster, and in all ways more of a man than others!

He Sacrifices His Guy Time For You

Aries men love their boys’ nights! They love having a few beers with their friends, dancing the night away, and being with their “pack.”

If an Aries man starts allowing date nights with you to be balanced with his guys’ nights, you know you have his heart! He’ll never give up his friend time—nor should he, or you!—but if he wants to spend time with you before his boys, you know you are his one and only! 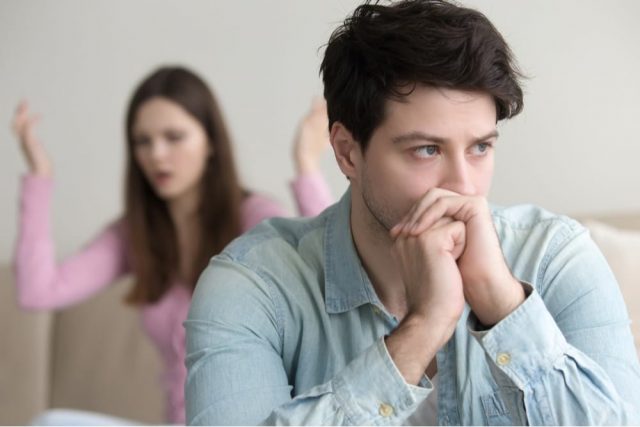 Now that you know how an Aries man shows his commitment, why are you missing out on these declarations of love? Why is your Aries man avoiding taking the plunge? Here are the three biggest reasons why your Aries Man may be avoiding commitment.

If your Aries love interest has been recently dumped, suffered a divorce or rejection, or had a life trauma such as a family member passing away, then you can bet he’s acting this way because he’s in pain.

An Aries man in pain can be aggressive, inconsiderate, and self-absorbed to the extreme.

When he’s in this phase, my advice is to stay away for now. He needs some time to get over his pain. You can still be available to hang out with, but be careful of investing yourself until he’s stabilized.

You don’t want to be the rebound woman or his band-aid.

Aries men, like everyone else, go through single and commitment phases. If you catch him at the start of his “playing the field” phase, it can be hard for him to break free of it until he’s truly ready. He may just be looking to explore as many women as he can, and this can be painful for you.

What should you do if you suspect this is the case? Don’t be too available. He doesn’t want a woman he can “conquer” too easily. Be a little bit out of reach!  He may be avoiding commitment with you because you’re just too attainable.

I hate to say it, but if an Aries man is avoiding commitment with you, he may just not be that into you. But that doesn’t mean he won’t get there.

Whether he’s in a “playing the field” phase, hurting, or just being self-absorbed, he may just not see what’s in front of him.

You’ll always know when an Aries man wants you—just take a look at the signs of his being committed to you in my list above.

5 Tips to Flip Things Around

Whatever the reason is that he’s avoiding commitment, there are ways to get into this man’s heart.

The thing is, Aries men are innocents. It’s not all that difficult to wiggle your way into his heart. It doesn’t have to be manipulative, either. In fact, my tips are far more empowering than tricky!

Here are my top tips for flipping things around when an Aries man is avoiding commitment:

1. Let Him Take the Lead

Aries Men are born to lead. They are pioneers and pursuers.

Let him take the lead in this relationship—even when it comes to commitment. If you try to force him into being your boyfriend or husband, he will pull back.

Fight the temptation to force it!

That doesn’t mean you can’t be honest with him about what you want in a relationship. You can be frank straightway, which he will find very refreshing. Just don’t force him into anything. Give it time, and if he doesn’t step up, walk away and lead your own life.

2. Be a Little Bit Unattainable

Aries men love women they have to chase. He loves to win over a woman—he wants to feel as if you’re a prize that no one else can win but him.

When he sees that you’re not easy to “conquer,” he will want to make you his.

This is a man who loves and commits to a woman who’s independent, successful, and strong. He wants someone who can keep up with him, and he sees himself in a lifelong relationship with someone who is going to challenge him to be his best self.

When you focus on your sense of independence—your friends, your job, your interests—he will want to be the person to steal your attention away from these things sometimes. But only sometimes!

What is a high-value woman? Someone who knows her worth. Who doesn’t act on her insecurity (even if she feels it!). A woman who says what she wants and isn’t prepared to compromise on it.

If you say that you’re not settling for anything less than marriage or a man who is your equal financially, that will mean something to him. He will want to make you his prize!

Read next: How to Attract an Aries Man in July 2020

5. Have a “Take It or Leave It” Attitude

Aries men go absolutely bananas when a woman has a sexy “take it or leave it” attitude!

That means you’ve got to—as much as you may find it a struggle—make him think you don’t need him but want him.

His competitive side will be triggered, and he will want to show you how much of a catch he is! Instead of avoiding commitment, he will come rushing in, trying to prove himself to you—to show you he’s worthy.

Are you in a relationship with an Aries man who is avoiding commitment? What does that look like? Have you tried some of my tips? Share your story or your questions in the comments—you’ll remain anonymous!

If you want to know if you’re compatible with your Aries man, why not try out my quiz?

4 thoughts on “3 Reasons Aries Men Avoid Commitment—And What You Can Do About It!”

How to Attract an Aries Man in February 2021

How To Attract An Aries Man In January 2021