Personality Of An Aries Man With Cancer Rising: What To Know

The athletically active Aries man mixed with a touch of emotional sensitivity. What does this mixture bring to the table when it comes to relationships? Here are some things that you may find of interest when it comes to Aries man with Cancer rising.

Aggression with Occasional Timid Side

Aries men are typically known for “going for it” and the Cancer man is known for acting on emotions and what he feels rather than going after what he wants. He holds back.

So now you’ve got an aggressive Aries man with Cancer rising that makes him stop and think things over a bit more and is probably more in touch with his feelings.

This is a rare mix and one you’d really like to find. Honestly, he’s going to be more sensitive to a woman’s needs and desires than the other types of Aries men. He’ll also be less “self-centered” and more willing to please.

Rather than being extremely social; he’ll have a side of him that at times; wants to stay home and snuggle with the woman he loves. He’ll have trouble balancing sometimes but if you’re helping him; he’ll be just fine.

This Aries guy will curb the native aggression and take it down a notch. He’ll be able to make more sense of things and not hide his emotions as often as the stereotypical Aries. 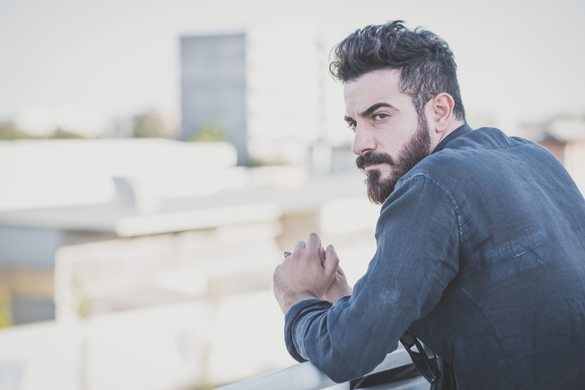 Now while in most situations; the Cancer rising side of Aries man will help calm him down or not take action where he’d normally overreact; when he’s pissed off or hurt; all bets are off.

With this guy; the claws will come out and it won’t be fun. Cancer rising has a tendency to fly off the handle when they are deeply upset. Aries, of course, will kick in the aggressive side of themselves and the combo will not be fun to contend with.

You’ll find yourself trying to do your best not to piss this guy off or hurt his feelings. If you do; you’ll probably apologize a billion times to get them to calm back down.

In fact; it may be a wise idea to walk away and give him some space when he gets upset so that he can calm down. He won’t be very rational when he cannot think correctly.

Emotions in this guy override any rational and so he’ll be willing to let the fur fly. Back out slowly, go for a drive or for a walk and let him take a breather. Teach him he needs to calm down before discussing important matters with you.

Back and Forth Logically

This combination can be very difficult to deal with at times. On one hand, you’ve got a guy that wants to be impulsive (Aries) and then you’ve got the one that’s indecisive (Cancer). This makes him confused much of the time.

If he decides to go ahead and do what he wants to do, when he wants to do it; he’ll later feel remorse for having done it without thinking it through. So he’ll beat himself up for his own actions.

Watching this may drive you a bit bonkers sometimes. This imbalance can be hard to take as far as a partner goes. This man will often struggle within himself as far as doing what the right thing is.

The Cancer in him wants to take caution and use emotions while Aries wants to just do what he wants and not worry about consequences. So this mixture is very tough; even for himself.

Otherwise, he’ll find himself going to go on a random trip that seems like a great idea at the time but then later is riddled with guilt and becomes depressed that he spent that money or that he cheated on his partner at some random bar.

This makes Aries man look like a hot mess. This is probably one of the ones that women encounter and really cannot make heads or tails of him and certainly would explain easily why he is so hot and cold.

Aries makes him hot while his Cancer rising makes him run cold. It could also be the other way around depending on the situation. Either way; it’ll be making your head spin. 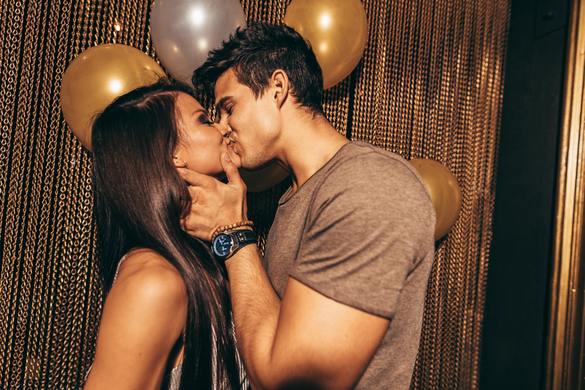 While he can be a confusing bundle to deal with; the upside is that Cancer rising can make the Aries man feel more for his partner. He’ll have a bit more sensitivity and think about your feelings more.

He’ll want to be tender with you and make sure you get all the affection in the world if he can give it to you. Loving you and making sure that you’re happy and will stay with him forever is his goal.

Remember that with Cancer, security is the main prize. Aries wants stability. So you’ve got a man that wants to make sure both of these things are applicable in the love relationship he involves himself in.

If he takes awhile to make up his mind regarding his relationship with you; this is the reason why. He’s juggling his feelings and his thoughts to try to make sense of what he’s experiencing.

It may be very frustrating at times but if you are patient and understanding with him; you’ll find he’ll treat you with so much love and respect that you’ll think you hit the jackpot.

So there are ups and downs with this one for sure. However; if you do wait him out; you’ll have a man that will do anything to make sure you’re happy and will stay with him.