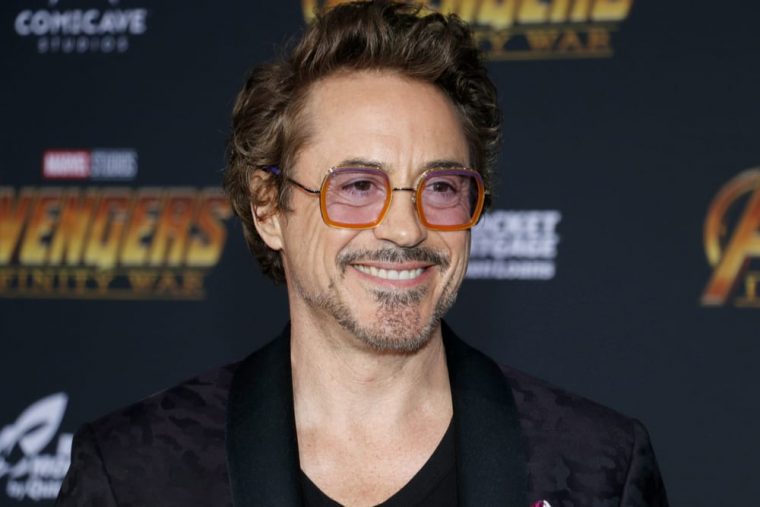 Who in the limelight is the alpha of the Zodiac? From Charlie Hunnam to Marvin Gaye, there’s an irresistible Aries man for everyone on this list of sexy celebs!

Aries men are dreamy, we all know it—but do you know which of your favorite celebrities belong to this lovable fire sign?

Who in the limelight is the alpha of the Zodiac? From Charlie Hunnam to Marvin Gaye, there’s an irresistible Aries man for everyone on this list of sexy celebs!

This is one classic man that we cannot seem to stop craving on the silver screen. I mean, who could ever walk away from Iron Man? He’s been in so many huge films going way back to Weird Science.

This guy is loveable and an incredible actor. He was born April 4, 1965. Think about the roles he’s played over the years and how well he did it. Most of the characters are very Aries-like!

They are alpha-male types with a heart of gold for those they let see it. It’s no shock that Robert fits these characters—they are essentially him.

It would seem that Aries men do tend to age well, if Robert Downey Jr. is any indication! He still has a very youthful disposition and is still strong as an ox—not to mention gorgeous—at 55!

Unlike Robert Downey Jr., James Franco tends to play more mellow types of movie roles. He picks stoners, drinkers, and the type of men that are just generally cool to hang around.

He isn’t one for playing roles that require him to be the badass alpha. He was born April 19, 1978. Making his way onto the big screen, he started out with the short-lived but iconic TV show Freaks and Geeks in 1999.

Since then he’s been in many other interesting roles. He’s one of Seth Rogan’s best friends, and Seth Rogan is also an Aries male born April 15, 1982.

Franco is a man of many talents. Aries men tend to excel at what they do when they find their niche. Once they find direction, they are off and running toward success.

This gorgeous Scottish man, born March 31, 1971, is another one of those Aries men that age very well. He’s just as handsome now as he’s always been.

Starting with the movie Trainspotting and moving to the more recent box-office smash films in the Star Wars franchise, this guy has always been a true gem. He’s good looking, he has an swoonworthy accent, and he’s successful.

This guy has a VERY long list of movie and musical successes. That’s right, ladies; he’s a pretty darned good singer. He is also a writer. I mean, what more can you ask for from one man?

Even in the creepy horror film Doctor Sleep, we can’t resist him. He’s one of those guys we just cannot stop adoring. He has it all!

Michael is hot as hot can get! Fassbender was born April 7, 1977 in West Germany. He has a very long career in film, and from 300 to X-Men, this guy is a true talent in the roles he plays. I mean, he makes the sexiest Magneto one could ever imagine. Am I right?

This man is also a producer and does soundtracks—multi-talented, as Aries men are when they really put their mind to it. They need a woman with inspiration that will let them soar!

This sensation was born March 21, 1958. Though he’s creeping up in age, he’s still a handsome and talented guy. He’s been in so many hits that it’s hard to imagine him ever disappearing.

One of his first big hit movies was Sid and Nancy when he played punk rocker Sid Vicious. He absolutely shocked everyone with how well he played that role!

Since then he’s been in movies such as the sexy and romantic Bram Stoker’s Dracula. It’s enough to make your jaw drop.

How could we ever stop loving this man’s charm, looks, and gifts? This guy can do just about anything. Oh, and did I mention his delicious British accent? Yowza!

This gorgeous Aries man makes most women drool. Charlie was born April 10, 1980, in England. We rarely hear his accent, but it’s a treat when we do!

He is an actor, producer, and writer. His first epic role was starring as Jax on Sons of Anarchy. Bikers have never looked so sexy!

After this debut, he started to get much more into the limelight. Just like the other Aries men, this guy knows his stuff and is a phenom doing it. Other flicks such as King Arthur and Crimson Peak show off his talents beautifully.

Triple Frontier is another newer one you should watch if you haven’t already. I think he should try his hand at underwear modeling, too!

This adorable comedian and actor was born April 6, 1969. He has such a beautiful gift for making people laugh. He’s also easy on the eyes, and he seems to be immortal! The man never starts to look old!

From classic movies such as Clueless up to more current times with Avengers and Antman, this guy is a multi-talented gem. He has been in more movies than you can count.

He is one of our top Aries crushes for sure. Where does he rank in your list of desire?

This breathtaking crooner was born April 2, 1939 and passed away in 1984. He may not still be here on Earth, but his music lives on. This unbelievably talented singer and songwriter still touches our hearts.

He knew his way around devastatingly romantic lyrics that feed your soul and make you feel sexy. Many people still throw on some of his music for romance.!

Marvin was a record producer as well. He did everything he was born gifted to do. An Aries to the core, he was damned good at what he did. He was strong but tender with his love.

Born as Reggie Noble on April 17, 1970, this talented rapper and actor has made quite a splash in his career. He’s super good-looking to boot!

He’s known for rapping alongside other stars such as Method Man. He’s also been in plenty of videos and the stoner film How High with his buddy that I just mentioned.

He’s also a music producer. He’s got it all, and we love his music!

Another lost celebrity, Heath Ledger will never be forgotten. He was beautiful, and he was a gift to the world of films! Heath was born April 4, 1979, in Perth, West Australia and passed away in 2008.

This exceedingly sexy Aussie made us all swoon. His career started in a big way when he played alongside Mel Gibson in The Patriot. From there he romanced us with films such as A Knight’s Tale.

And who could forget his adorable bad-boy role in 10 Things I hate About You? Or his stunning performance as the Joker in The Dark Knight?

Ledger always chose roles he felt he could do his best in. He was picky when it came to offers and accepted the roles that would test him and make him shine. He was insanely talented, and even though he’s gone, his brilliance shines on.

Read next: How to Attract an Aries Man in August 2020

This comic genius was born April 3, 1961. He started as a stand-up comedian and got people revved up with his raw humor, gaining a following.

Even now we enjoy Eddie in all the crazy and funny movies he has done and still does present time. The list of his films is so long there is no way I could list even the best of them! But Coming to America just might be number one.

Who doesn’t love Eddie Murphy? He’s a stunning Aries man that really shows how much you can accomplish if you follow your dreams and work hard at it. He has the most adorable laugh too!

Do you know a crazy talented Aries man? I’d love to hear your story.