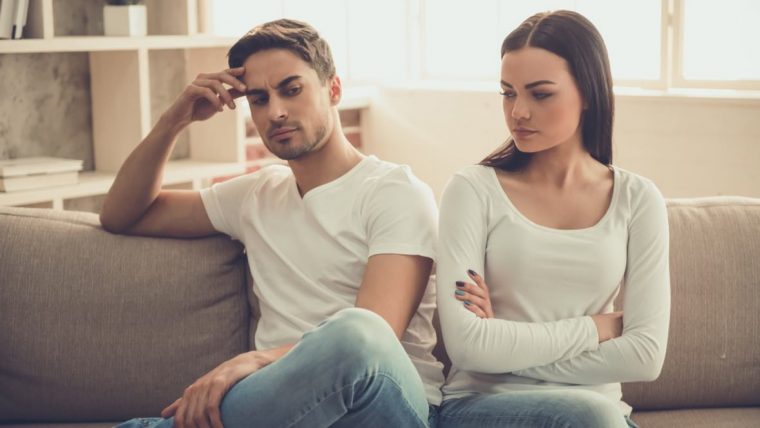 5 Things Nobody Has Told You About Dating an Aries Man

When you’re dating a new guy (or hoping to soon), of course you want to know all you can about him. Luckily, astrology gives us insights that are so valuable in new relationships! Aries men can be tough to read, but his aggressive and outgoing personality will always give his true feelings away.

From how he likes to be approached, to how he chooses the woman he settles down with, I want to share five things nobody has told you about dating an Aries man!

Although dating can be tricky, it doesn’t have to be when you have astrology on your side. Keep reading to learn more about the hidden secrets and tips for dating an Aries man.

5 Things Nobody Has Told You About Dating an Aries Man

1. He Wants You to Make the First Move

But what if I told you that it’s a lot simpler than all that? As a progressive fire sign, Aries men love a bold woman. His assertive and playful nature is attracted to confidence, so he is impressed and turned on by the woman who makes the first move.

Just make sure that your behaviors don’t come across as forced. Instead of stalking his Facebook page and liking his pictures from three years ago, be straightforward and let him know that you are interested. His ambitious nature will take it from there.

2. He’s NOT Afraid of Commitment 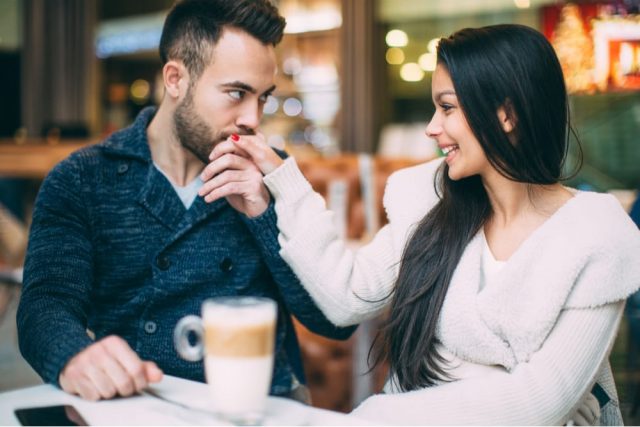 If you thought the Aries man is only interested in having fun, think again. Behind the lust, fire, and spark of is a vulnerable side that desires companionship. The best way to move beyond the “it was nice to meet you” phase with an Aries man is to show him that you are more than a good time.

With relationship-oriented Libra being his sister sign (think of this as his alter-ego), the Aries man is at his best when he has a trustworthy and winning partner by his side.

These passion-ruled men are insanely affectionate, attentive, and exciting in love. Being a confident fire sign, he is proud of his love—and will go above and beyond to show it.

If you have the opportunity to experience what it feels like to be in a committed partnership with an Aries man, consider yourself a lucky woman—his love is one of a kind.

3. He’s Less Complicated Than You Think

Arguing with an Aries man is not something you want to experience, though it’s a part of life. If you’ve ever gotten into a disagreement with these masculine men, you know they have a habit of always wanting things to go their way.

But the Aries man isn’t always argumentative. On his brightest days, he is friendly, giving, and attentive; he will actively try not to argue with you. He would rather spend his energy going on a wild adventure with you or working on one of his latest passion projects.

When he is at peace, the Aries man is uncomplicated. His priorities in life are simple to enjoy. He wants to have a fun, creative, and free-flowing lifestyle with a vivacious woman who inspires him and makes him feel unconditionally loved.

As much as the passionate Aries man loves showering his partner with affection, his independent nature needs space and freedom to do his own thing.

In a relationship, the Aries man typically isn’t in a rush to move in together or get married as soon as he’s committed. He likes to feel things out and take it one step at a time.

His sometimes-standoffish, hard-to-read personality comes from his fear of choosing a needy partner. Because he is so independent, he feels claustrophobic when his partner becomes codependent, obsessive, or emotionally over-attached.

Rather than crowding him and demanding that he give you all his time, focus on enjoying your life while still being an active part of his. Have your friends and social life—and let him miss you.

Establish healthy boundaries that affirm your roles as individuals and life partners, and I promise it’ll be him clinging to you soon enough!

Read next: Essential Knowledge for Any Woman Married or Engaged to an Aries Man

5. He Can’t Resist Originality and Authenticity

He can’t keep his eyes (and hands) off a stylish, bold, and original woman. Because when it comes to love, this first sign of the Zodiac loves to stand out. His ambitious nature always has to be one step ahead of the crowd.

The best thing to do when dating an Aries man is always to love and be yourself. As a straightforward, no-nonsense man, he can easily detect fraudulent behavior. So, don’t try to come across as something you’re not. With him, you don’t need to.

From fashion choices to how you express your love for him, the Aries man wants to know that your connection is unique. This is a man that you put on your best catwalk look for. No holding back—you do whatever it takes to be the star of his show!

If you would like to share some of your experiences or questions with me, I would love to hear about them in the comments section below!

Interested in more information on dating the Aries man?

Check out my blog here:

I look forward to connecting with you soon.