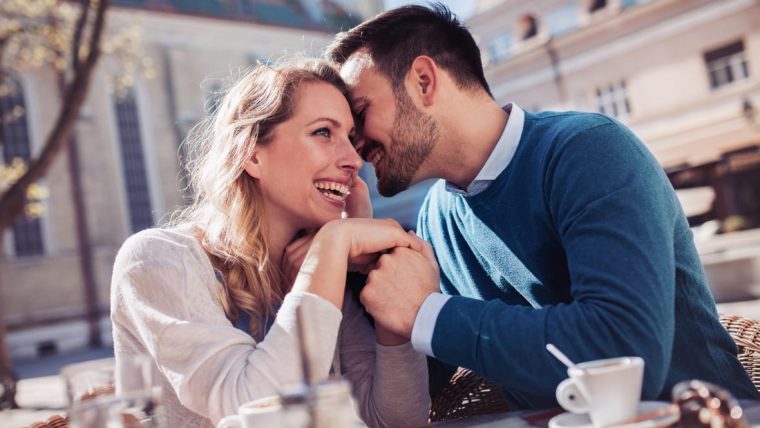 5 Tips for a Successful Date With an Aries Man

Scared of the dreaded awkward silence on your first date? Or perhaps it’s already a few dates in and you’re worried about how it’s going. This is where astrology can be your best friend. Check out my 5 tips for a successful date with an Aries man!

So you finally get the Aries guy you like to take you out on a date. You want to make sure his interest stays with you and that he’ll want to ask you out again.

These five tips will ensure a second date (and beyond!).

5 Tips for a Successful Date With an Aries Man

As a woman who is looking to get an Aries man to find more interest than just one date, you’re going to want to be sure he likes what he sees.

Dress nice for him. You don’t have to be fancy.

You do have to be clean, show off your figure a bit, and make sure that your hair, makeup, and nails are neat.

All you need to do is make sure everything is clean and part of an appearance you feel proud of. Body-hugging clothing never hurts!

Even if you pull your hair back in a ponytail, make sure it’s clean and looks nice. You don’t want to look disheveled on your first date with your Aries guy. You need to make a lasting impression.

You will want him to think of you when he’s not with you so that he will want to ask you out again.

Do your best to look alluring but not trashy. He doesn’t care if your style is jeans and t-shirts as long as you’re well put-together.

Your pride and self-respect show when you do this.

2. Keep It High-Energy and Fun!

If you are a couch potato type, an Aries man may not be for you.

If you want this guy, you will have to bring the energy, and it helps to be spontaneous as well as open to having adventures together.

He’s all about excitement and doing things that get his blood pumping.

Learn some good jokes to make him laugh, too. He’ll love that. For an Aries guy, nothing is sexier than a beautiful woman with a killer sense of humor.

Just be careful not to make him feel that you’re making fun of him. He doesn’t take too well to that sort of humor. Light teasing is perfectly fine, but if you give him a hard time for fun or lay on the sarcasm, he’ll jump ship.

He is fantastic at dishing out joking insults, but he’s definitely not good at taking them at all. He gets angry or irritated, and it’s not something you want etched in his memory. It’s a bad first impression.

The idea is to make him smile, make him feel good, and get his interest with your intelligence — while knowing when to pay attention and listen. You want to remember things he says. It will impress him and show that you’re supportive.

3. Showcase Your Independence and Loyalty

You have got to have a life of your own. Being an extreme introvert that never gets out won’t typically fly with this guy.

He wants a real go-getter that will do things on her own instead of being glued to his side.

He doesn’t want you to need him at all. He wants you to take care of yourself. Yes, he does have the hero complex, but that doesn’t mean he wants to constantly rescue you either.

If he mentions working on his car, ask if he’ll teach you to change your own oil. He’ll love the self-sufficient streak, plus it gives him the opportunity to teach—a big bonus!

At the same time, he is very loyal when he finally commits, and he needs to know how loyal you’re going to be.

When you’re out with him in the early days, you’re going to want to explain that when you commit to someone, you are “all in.”

4. Really Listen to Him 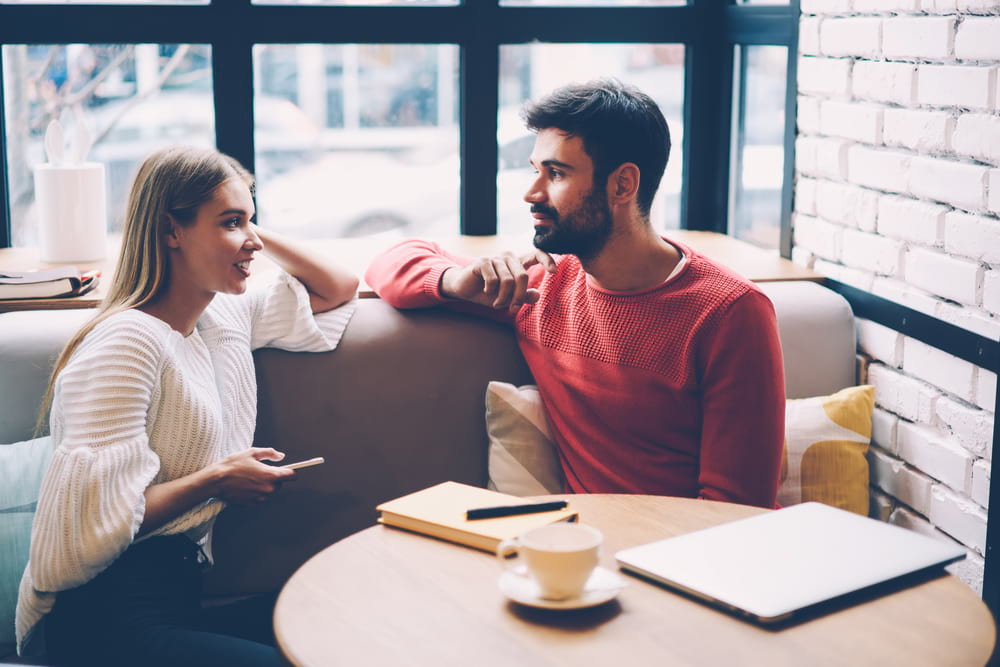 I know sometimes it’s hard to pay full attention when someone is talking a lot. You start to space out and wonder when they will shut up.

The thing is, when you’re really into an Aries man and he talks, you need to listen.

That means that you will have to fight the urge to look away or tune out. You need to hear what he’s telling you. He’s revealing the keys to who he is.

If he asks you a question, consider your answer and don’t blow it off. Try to remember some of the key things he speaks about so that you can bring them up later or reference them in your texts.

Things like his childhood, his family, his friends, his activities, etc.—if it weren’t important to him, he wouldn’t talk about it with you. When he really digs you, he will open up more.

Until then he’s going to be a bit surface-level. That’s all right—you should still listen to what he has to say. He wants to be with a great listener.

Try not to interrupt him when he’s talking. He will absolutely hold this against you. He might not say anything in the moment, but it could strike down the chances you have to go out with him again.

Whether you’re a leader yourself or you are used to taking a more passive role, you should let your Aries man take the lead in your early dates. Let him do what he feels is chivalrous. Don’t deny him.

If he wants to open doors for you, pull out your chair, order for you, etc., let him do it! It’s important he feels like a man.

It’s likely he was the one that asked you out, so he expects to choose where you will go, when, etc. It’s totally normal for an Aries guy and not something that should offend you.

He’s not subjugating you (unless you get the impression that he is, in which case, trust your gut)—he’s just taking the role that feels natural to him.

He may ask you do to something you wouldn’t normally do. Show him your trust in his judgment and give it a try as long as it’s not something that makes you distinctly uncomfortable. Let him be the protective male.

He will take care of you. That’s one of the best things about Aries men.

Don’t let me scare you, though. He’s no adrenaline junkie, and he wants you to have fun.

He wants to know you trust him, though, and he wants to see how far you will go with him to determine whether or not you’ll be someone that will keep up with him or not. To be with an Aries man, you have to be able to hold your own.

Read next: 5 Things Nobody Has Told You About Dating an Aries Man

The Aries man is a strong, active, and independent guy. He will look for a woman that will go do things with him and will trust in him. He needs loyalty and someone who will be supportive of him.

Is he looking for perfection? Yes. But perfection to him might not be what you think.

Have you figured out the winning combination with the Aries man on a date? Tell me what you discovered, I’d love to know! Share your experience or questions with our community in the anonymous comments section below.