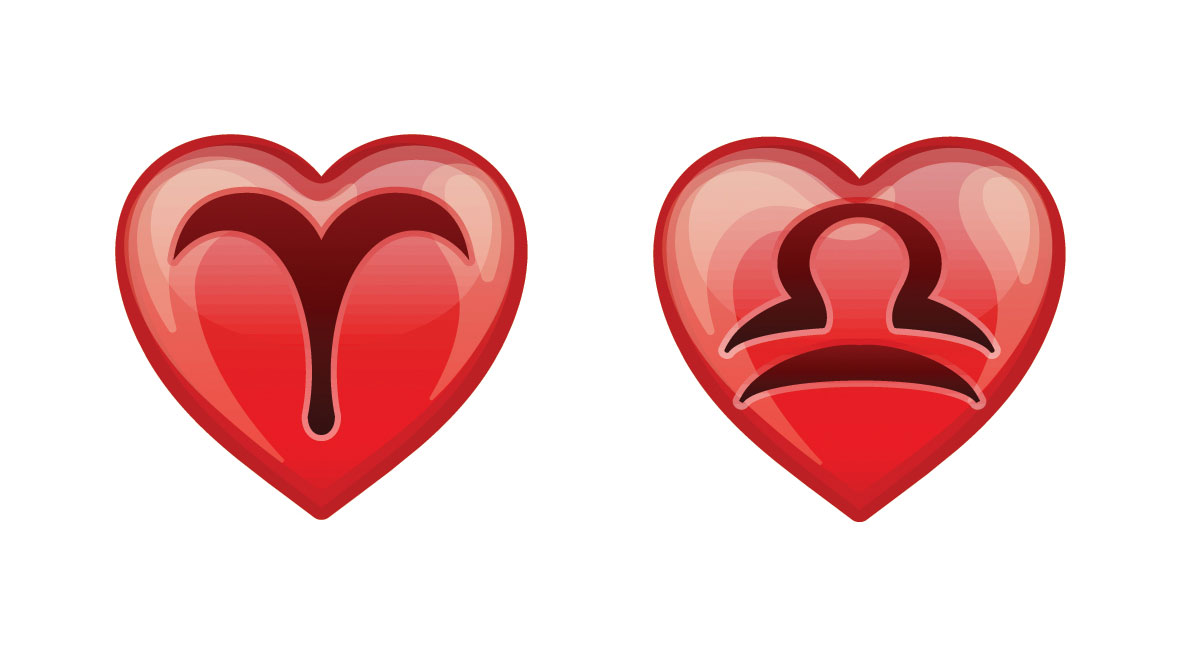 When we look at the Aries man and Libra woman match, we notice that Aries man is a fire sign while Libra woman is an air sign. She can either fan his flames or she can extinguish them. This is a very interesting couple that as about a 50/50 chance of making it.

Aries man loves Libra woman’s sense of passion in life. He loves her independence and intelligence. He sees a wonderful woman who is also very attractive and charming. Does she see him the same way? Keep reading for more juicy information regarding Aries man and Libra woman compatibility.

The Aries man and Libra woman are opposites but this IS one example of opposites attracting. It’s not always true but in this particular match, it is true and they do have the capability of making it last.

Aries man is lured in by Libra woman’s charms and her sense of humor is warm, witty, and it intrigues him. She’s gorgeous and intelligent as well. He cannot help but want to know more.

Libra woman sees Aries man as a sexy alpha male that she can have many life adventures with and so it’s not shocking at all that these two will be drawn to each other at a very natural level.

While they have amazing chemistry, they do have some issues that they will have to work on if they want to take their attraction to a higher level. Sex is an easy thing for them to connect on but other important live values will be in question.

The Aries man and Libra woman soul mate connection is definitely possible if they’re willing to work through whatever mishaps or disagreements they will have in getting to know each other more.

There is undeniable attraction here and so this makes for a wonderful chemistry. It will be up to them both to figure out if they actually want to get more serious, become partners, or even have an Aries man with Libra woman marriage later on.

Libra Woman, Who She Is 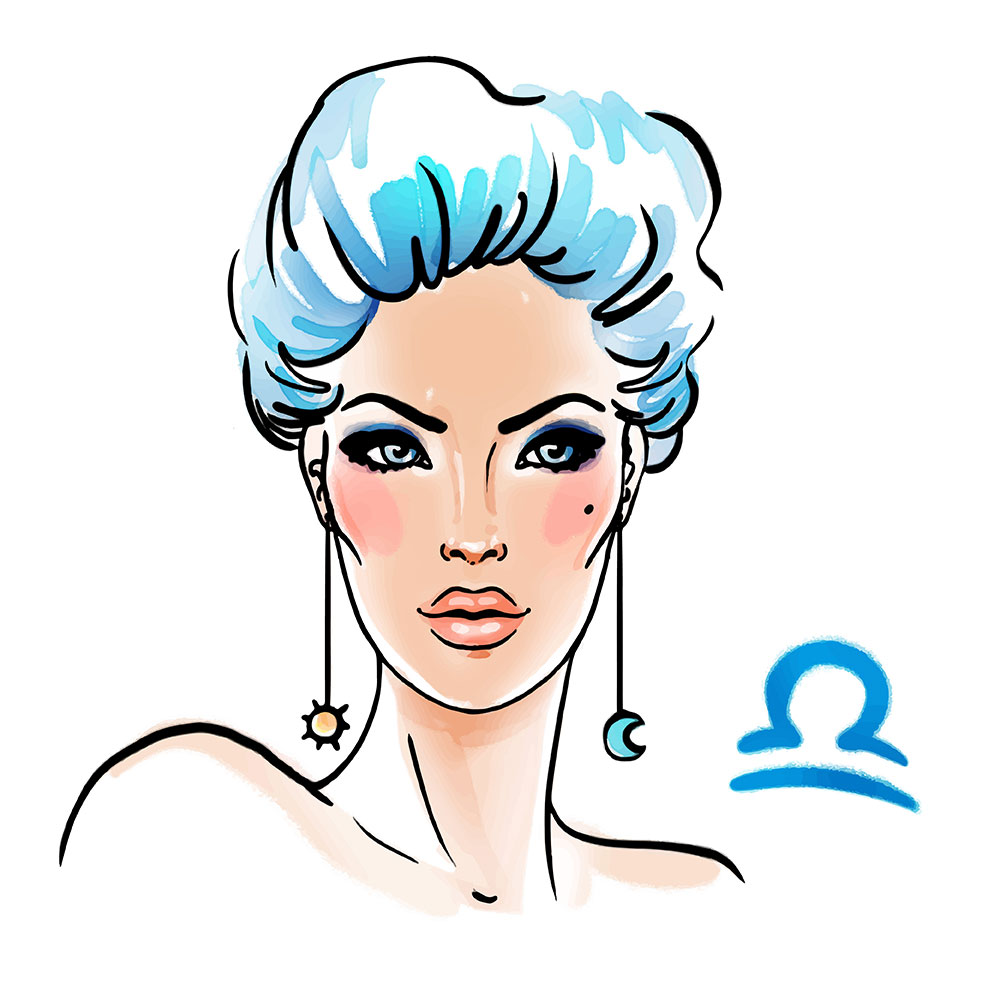 The Libra woman is a bit of a dreamer. She’s warm, sweet, passionate, funny, and witty. She’s someone who loves the idea of being in love. She loves being social and being around other people.

She’s also one that accepts compliments as a form of great flattery. Her heart and soul wants to hear as many as she can gather as it helps her to feel good about herself. She has to be careful not to become reliant on it though and learn her own worth.

Libra woman is driven to make her dreams come true and will take steps in every way that she can. She’s day dreaming a lot and may sometimes struggle with her own reality but she typically can figure it out by looking at both sides of the situation.

Libra is looking for the man that will move her soul, make her feel like a prize, and treat her as though she were his queen. When the Libra woman meets the Aries man, he tends to make her feel very much desired.

Aries man is very physical and will want to spend much time pawing at his Libra woman. She will eat it up naturally. She’ll love this attention and will give him what he wants in order to get more of what she wants.

She loves that he’s an Alpha male that can dominate her in the bedroom also. She’s one that likes it when her man dictates the mood with intimacy and tells her what he wants. She may shudder when they get to know each other.

His temper may become a problem as will his jealousy/possessive nature. She likes other men’s attention even if she isn’t cheating and Aries won’t tolerate that well.

The Aries man is an adventurer who loves to take risks. He wants to take life by the balls and live it like there is no tomorrow. He’s much like Sagittarius guy but with some differences.

Aries man keeps himself physically fit typically unless he has some other issue that causes him to have weight issues. Otherwise he stays fit and loves to participate in activities such as sports.

He will want to do lots of outdoors stuff and spend time with various friends. He’s successful in whatever type of work he does and will do his very best. He’s a hard worker and looks for victory in all he accomplishes.

When the Aries man looks for a woman, he’s looking for the woman that will be active with him and be able to accept it when he wants a bit of alone time to himself every now and then.

He wants to be tied to someone but not tied down. That means he won’t put up with any woman telling him what to do or how. When the Aries man meets the Libra woman, he’s definitely heated.

He is highly turned on by her beauty and charm. He loves how smart she is and how she really wants to accomplish her life goals that she sets for herself. She’s driven. However, he doesn’t like how she’s a bit of a flirt.

Seeing any man hit on her or when she acts as though she doesn’t notice, will piss him off at some point. If she makes him jealous enough, he may call it off. He isn’t willing to share and he doesn’t want a partner that needs outside attention.

What Works Between Aries Man and Libra Woman

First and foremost, Aries man and Libra woman are physically and sexually attracted to each other. It wouldn’t be surprising if they dove into bed pretty quick upon meeting.

The thing is, neither is particularly good at sharing what they feel. However, when the two get together, they seem to KNOW somehow that they CAN open up to each other. They don’t feel shy or judged.

Somehow these two know exactly how to share what they are feeling with each other without any sort of hang up. They just hit the mark and they run with it which gives them a great deal of success to work with if they allow it.

Their life values are likely very similar and when they discuss marriage or family, they find that they tend to agree on many things. They see life similarly and have a moral code that is evenly matched between them.

There are some foundations here that can absolutely trump any of the things that don’t work between them. They have to find common ground and if they can, they will succeed.

What Aries Man Thinks of Aries Woman, Especially in Bed

Aries man finds Libra woman to be a prize. He thinks she has it all… brains, beauty, dreams, goals, willpower, drive, humor, and someone he feels very comfortable with.

He sees her as someone he could potentially spend the rest of his life with as well as have children with. In bed, he couldn’t be more thrilled at the connection he has with her.

He may even have the best sex of his life with his Libra lady. He is taken by her sweet and charming heart. Where he has trouble is that she often requires a great deal of attention.

The problem is, she wants it from other people. She’ll even take compliments from women. It doesn’t mean that she wants to dive off into bed with any of these people. She simply feels good about herself when she gets attention.

Aries will be possibly upset or furious at her for flirting or accepting flirts from other people. It will make him feel insecure and possibly disrespected. He loves her but she’s got to be more careful.

If she can prove to him that she’s all he needs, he’s willing to do just about anything for her but he will refuse to share her with anyone else. If she’s in the public eye in her career, he may have issue with this. 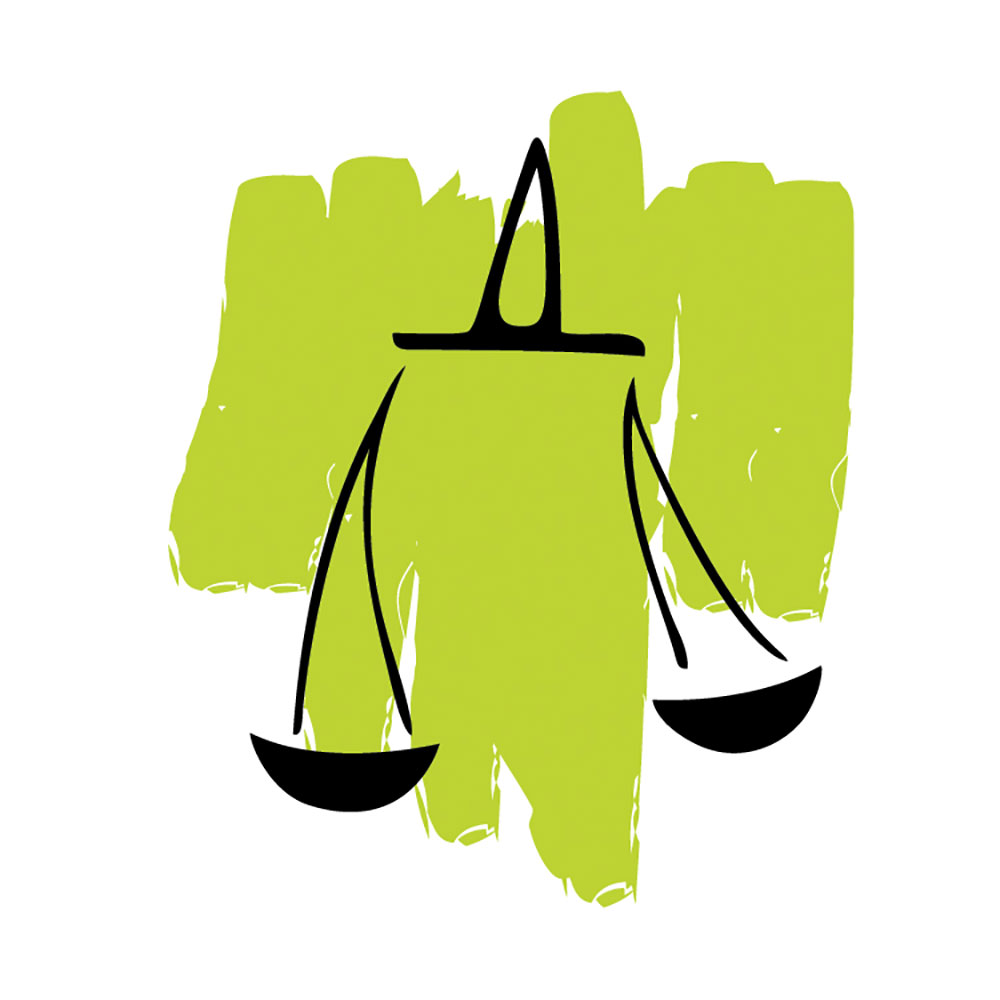 Here is where things get a bit tricky for Aries man and Libra woman. They have really intensely great things in common but they also have some things that could pull them apart.

I mentioned jealousy before and this is due to a lack of trust. They may both have some very strong trust issues. Aries man is likely to be the one who trusts less. He is a jealous/possessive type of guy in the first place.

Libra woman is a social butterfly and sees no harm in flirting or receiving attention from others as long as her Aries man knows she’s going home with him. He won’t see it that way at all. He wants her to be HIS and his alone.

There may be a lack of true communication between Aries man and Libra woman. Libra woman sometimes doesn’t tell him when she’s upset and it could fester until it builds up enough then she unloads on him.

They have to work on REALLY communicating. Emotionally they understand each other without words but sometimes words ARE necessary. They have to find a way to be open with one another with total honestly.

Upon learning about each other, they may also find that they don’t have a whole heck of a lot in common where activities are concerned. Libra woman isn’t quite as physically active as Aries. She’s more of a brainy type of lady.

If Aries man cannot control his temper or his possessive nature, Libra woman may get scared off and end up leaving him. There is also the possibility of Aries man getting tired of her need for attention and decide to end it as well.

It really could go either way as frustration builds when they don’t talk to each other properly. If they cannot trust one another and talk when it’s important to, they will give up. Throwing in the towel certainly could happen with these two.

If it does head in this direction, it won’t be a pleasant experience. Aries men can be rather harsh with their words and if he’s the one that breaks it off, he will have some choice words for her.

When Libra woman breaks it off with Aries man, she’ll know his temper may flare and so she tends to put it off until she can’t avoid it anymore. She may also move on without him being aware of it.

At worst, she may ghost him never to talk to him again. Can they be friends after? It’s probably not very likely. They could get back together but they’d have to fix what went wrong the first time. It’s possible though.

This is a couple that can make it or run from each other. It really depends on how deep their love is and how willing they are to work at it. On a scale from 1 to 10, I give them a 6.

Love and commitment are definitely possible and can last. Aries man and Libra woman simply have to learn to how to be honest with each other, work on trust, and make sure that they’re really communicating.

They can’t do it on just the surface level. They have to really tell each other everything otherwise secrets will be present and then unpleasantness arises with one or both of them.

It really will depend on each individual as to whether or not this union lasts. Optimism and communication CAN win the day if they work at it.

Aries Man and Aquarius Woman in Bed: Hot Or Not?

Shy Aries Man: How to Know What He’s Thinking?