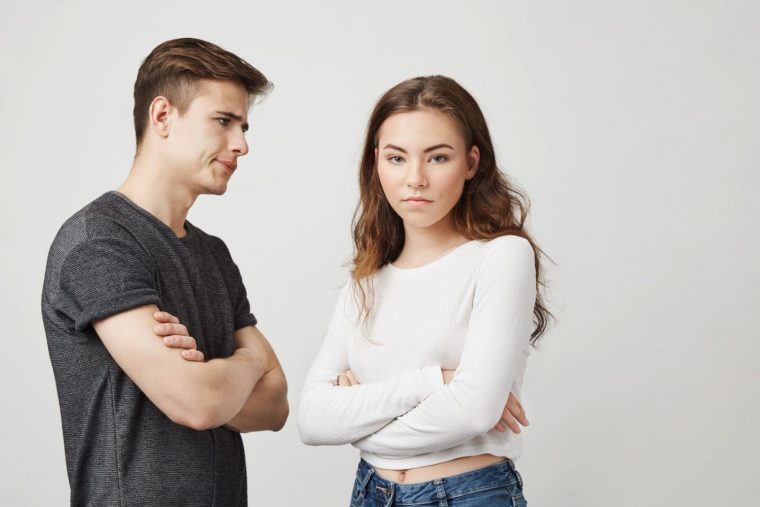 Avoid These Mistakes With Your Aries Man

There are things that you can say to an Aries man that will make him leave you and never look back. It sounds harsh but it is true – there are some things that he just won’t tolerate. I want to help you avoid these mistakes when communicating with your Aries guy.

Today is definitely your lucky day. I am going to help you avoid making the worst mistakes with words. Keep reading to learn what five things you should never say to an Aries man if you want to keep him. 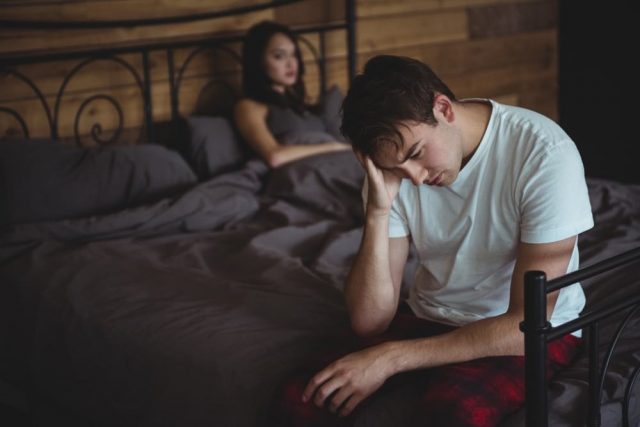 While it’s true that Aries men can be moody and have some poor reactions, telling him that he needs to grow up or to quit acting like a child will simply piss him off enough to ice you out.

He never wants to be talked down to or told what to do. If you are accusing him of being immature but saying it this way, it will make him not want to be with you anymore.

It’s far better for you to say something like: “your reaction is confusing; I think there’s a solution so let’s find one together.” Clearly you can word it however fits best for your situation, but it’s the calmness that counts.

I get why you would want to be upset enough to tell him to grow up, but what if he were to say to that to you? Would you be really upset with him? It generally will make the fighting worse.

Aries men also hold grudges, so if he hasn’t broken if off after you’ve said something like this to him, he will put it in his list of things you’ve done that he doesn’t like. Be careful!

Even if this is true in some way, saying it to him will make him feel as though you do not appreciate him or that you misunderstand his intent. It’s an attack on his integrity.

Again, he may be acting selfishly and not realizing it. Try guiding him in a good direction by saying it differently. You can say something like: “I feel left out and I need this…”

He needs to understand that you want things in the relationship also and it’s important for both of you to be happy. Talk about both sides but don’t fly off the handle with telling him he’s selfish.

Look, I’m not telling you to change who you are but this is true for all relationships… communication is very important, as is the way that you talk to each other.

If you talk to him like a maniacal ego maniac, he will start treating you even worse if he doesn’t just break it off with you altogether. It’s better to share your needs with him and asking him the connection, it will go over better.

3. I Think You Could Use Help With That 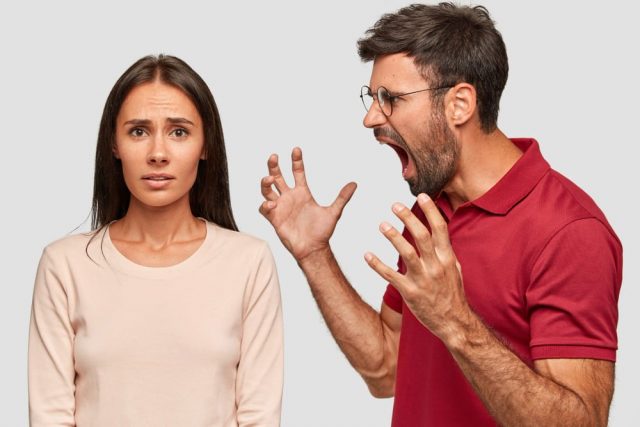 This is a good way to piss your Aries man off, hands down! Aries men don’t like asking for help and they sure don’t like feeling they’re incapable of doing something themselves.

If he tells you he can handle it then let him do it. Even if he isn’t successful, he’ll feel he was a man and did his best. Aries guys want to feel in power and in control of what they do.

If he feels he can do whatever it is he needs to do then let him have at it. You can ask him once if he needs help but if he says no then leave it be. It’s really that simple. You offered and he said no.

Anything that happens that ends up not going well will be the results of his being stubborn but you won’t be responsible for this. At least you didn’t push him or tell him to get help.

I know that sounds kind of crazy, but trust me when I tell you that it’s easier to ask once and let it go. He’s the kind of person who better learns from his own mistakes.

I’m not going to lie, if you say something like this to him, he will definitely be offended. He’s supposed to be the epitome of a strong man. Saying this makes him feel emasculated.

I have to say that doing something like that will make him want to break it off with you. No, I am not kidding!

If he feels less than a man with you, he knows he needs to find another woman who will make him feel more confident in himself and won’t say things like this to him.

Aries wants to be a strong pillar for his partner and for his family. If you make him feel like he’s not exactly that, it will hurt his feelings and will make him think you’re not the one.

Even if he is actually sensitive, you never want to actually point that out. If he’s over reacting to something you’ve done or said, wait until he calms down. Talk to him again and approach it cool and calm.

Tell him that you felt he didn’t understand what you were saying and you would like to clear things up.

Unless you are trying reverse psychology, this isn’t a good thing to say to your Aries man. Telling an Aries man what he can or cannot do will shut the door on your relationship.

Aries men do not like being told what to do under any circumstance. If you tell him what he’s not capable of or are denying him doing something he wants is going to result in failure.

I’m sure you don’t really like it if someone tells you what to do. Consider an Alpha male being told what to do. It just doesn’t work. You’ll find he will go ahead and do what you told him not to.

Yes, he will get revenge this way. If you don’t want him to do something, then you need to explain to him why. Be calm, don’t raise your voice, and don’t make it a fight.

The Bottom Line With The Aries Man

Aries men are hot-headed. You have to be civil and logical with him in order to make the relationship thrive. Think before you speak and make sure you don’t talk to him in anger or hurt.

I totally get how hard it is to feel connected to him when he is being difficult. Aries man needs a woman who is calm and collected. She knows how to talk to him and in a way that won’t make him shut down.

Anger really isn’t a good thing with this fiery guy. The fire signs need cool ground with their partners so that they can make sense of themselves.

Likewise if he gets really upset, don’t tell him to calm down. You know how much women love to hear a guy tell them to calm themselves or get over it? Aries men don’t like it either.

Aries men don’t take well to a woman talking to them like that. You’ve got to take the higher road and be the bigger person.

Be sweet, gentle, and a bit softer in how you talk to him. Be who you are but try to see from both sides of the relationship before you blow up.

Also some of these things are childish things to say to him which can backfire by him thinking that you are the one that needs to grow up. Take care in your relationship with the mighty Aries man.

Telling him that there is something about him or his life needs to be fixed will absolutely turn him off to you. He will barely listen to a therapist if he even goes to one.

Having the woman he loves tell him what he needs to work on will make him feel as though you’re trying to control him and change him. You cannot change an Aries man.

He has to want to change if there is any to be had. I wouldn’t point out his flaws or what needs work or you will end up without your Aries man.

Yes, he is a complicated guy and not easy to deal with. He doesn’t like accepting his flaws and may not even really think that they are a problem. Unless he does, you have no luck trying to tell him.

Aries will take offense to you telling him to change something. He will think there is no way in the world he’s going to allow that. Instead, try to convince him of trying something new.

There are ways to persuade him to make him feel it’s still his choice. That’s what has to happen to change his mind. Otherwise, be careful with that you say to your Aries man if you want to keep him.

I do hope that sharing the five things you should never say to an Aries man helps you avoid mistakes with your love.

Did you say something to him he couldn’t forgive that isn’t on the list? I would love to know what your experience was!