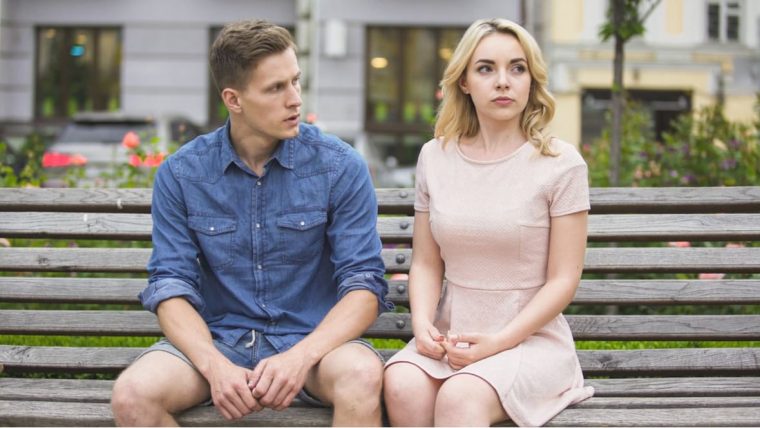 You’re a wonderfully passionate woman who easily keeps up with your Aries man. So, what is it that is making him pull back or go cold? There has to be something that’s made him call it quits!

To find out what exactly a great woman can do that would turn an Aries man off and make him leave; you’re going to want to keep reading this article. It will tell you exactly what five turn offs that make a good Aries man leave.

Let’s get right into it –Aries men do not like being told what to do, when to do it, or how to do it. He also doesn’t like being reminded that he didn’t do something and still needs to. It’s enough to remind him once (maybe!).

What happens if you’ve asked and he still hasn’t done it, you can simply very nicely say “I asked you to do this, I really need it done and would appreciate it greatly.”

You’re then asking him nicely. If you go at him with “I told you before to do this and now it’s still not done, blah, blah, blah.” See the difference here? It’s a huge one.

He will respond nicely to one approach and the other will piss him off. Your Aries will likely respond with a negative comeback or call you a name that is not so nice. He can be as equally nasty!

An Aries man like a little boy that doesn’t want to be told anything. Asking him with some sugar on top will get you more favors than chastising him. I know, it’s a pain, but asking nicely works far better.

Another red flag is talking negatively about things. If you’re being negative more than positive, it will add up and take its toll on him. He will add it all up and decide you’re just a negative person in general (even if that’s not the case!).

This will make him want to leave you, even if you’re doing everything else right. He can only take so much, so it’s best to reflect on your behavior.

If you’re being negative all the time, it’s time for you take personal inventory and find out why so you can correct it. It will be healthier for you and for him, as well as the relationship.

In the beginning when the Aries man fell in love with you he probably didn’t mind when you needed his help with odds and ends. He didn’t mind being the hero in your life.

Aries man doesn’t mind helping his woman, but he does have a limit. He wants you to learn how to be self-sufficient as well. He’s not going to do everything for you.

If you’ve been pretty good so far but suddenly decide that you need more from him, more time, or want him to stay home all the time then you may be disappointed.

When you two got together, you knew what type of guy he was and that he likes to be active, fit, and involved. If you are now trying to change him into being a homebody, it’s not going to happen.

Even if you’re the best and most loving person he’s ever known, keeping him home, or needing him too much will cause him to want to let go of you. He absolutely cannot be changed and won’t allow anyone to do otherwise.

He doesn’t like clingy women and even if he really loves you, you have to be able to do things on your own. Go out with your friends, hang out with your family, and don’t require his time so often.

This is fixable, so if you recognize that you’re making this kind of mistake with him, you can change it and make sure that it doesn’t make him want to drop you and move on. And if you find that you do need someone who is going to be there for you at all times – then maybe an Aries is not the guy for you. 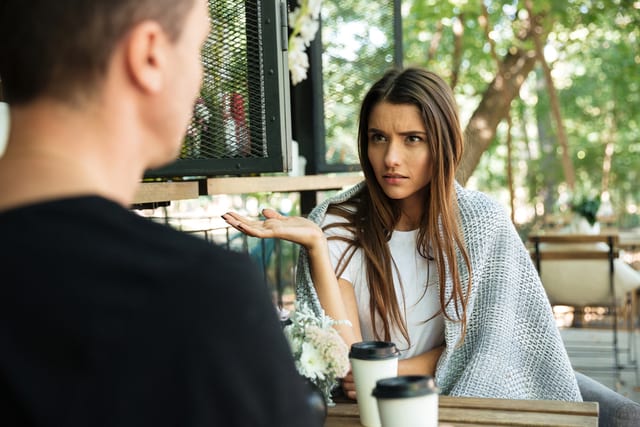 You may be a completely harmless woman who is faithful to the end, but if you constantly keep small secrets from him or omit the truth of a situation, he will get tired of it and conclude that you are dishonest.

If he suspects you in the least of being unfaithful or lying to him then there is no amount of greatness you can have that will make him change his mind. You have to always be truthful with him, even if it’s something he won’t like.

He will get mad or upset, but at least he’ll have the truth and can get over it. If he thinks you are keeping things from him, he will believe he cannot trust you and once that trust is gone, it’s gone forever.

Telling him half-truths doesn’t work either. Tell him the full thing or don’t do what you were planning. See what I mean? If you’re going out with friends and an ex will be there, you have to tell him the truth.

Do not say you’re going to hang out with friends and that it’s no big deal. If he finds out that ex was there and you didn’t tell him, guess who’s a liar? You! Great woman or not, this won’t go over well at all.

Tell him the honest truth: “Hey babe, I’m going out with my friends. My ex is a mutual friend so he will be there as well but don’t worry, I’ll check in with you throughout the night.”

See how that’s done? He may not like the reality, but it’s better he knows so that someone else doesn’t spill the beans or he shows up and sees for himself. If he knows he can be upset but he has to trust you. You telling him the truth makes him trust you. 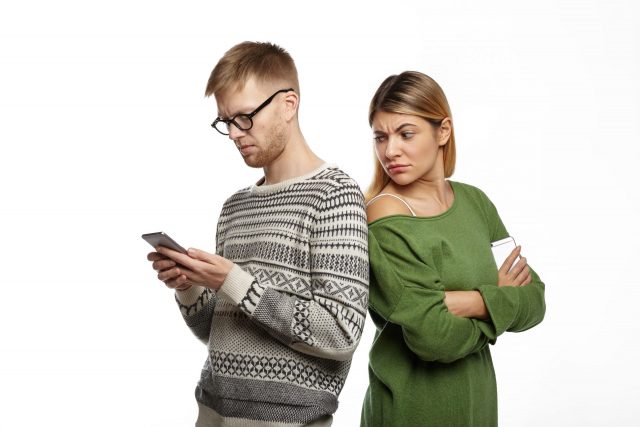 Some say this is a double standard for the Aries man. Aries men are often jealous and possessive. However; he doesn’t like jealous behavior from his woman. I know that doesn’t sound fair but that’s how he operates.

Next time he says something about someone you are talking to in jealousy, you can gently remind him how you’re not acting jealous about the women he talks to on social media.

There has to be trust coming from both ends, or this will not work. I can honestly tell you though, that if you talk to other guys even in friendship, he will get jealous. He will have to learn to get used to who you are and that he can trust you.

Until he learns that, you have to be kind to him and try not to talk to too many guys. Let him see what you’re posting or saying. You don’t have to hand him your phone or constantly make sure he sees everything.

Just sometimes it’s healthy to let him look over your shoulder while you’re posting or commenting. If he’s alright with what he sees on the screen, he’ll feel comfortable and trusting.

Never break his trust though, and do NOT complain about his phone time. If he’s laughing and texting, leave it be. If you trust him, you cannot act like a jealous girlfriend.

A good Aries man will leave a great woman if she cannot trust him and is constantly accusing him of things he isn’t doing. No one likes to be treated that way, and don’t let him do it to you either!

It’s strange to think that a man would drop you simply because you used to be active and now you’re a loafer who prefers nights in watching movies. He will see this as you changing your personality that he fell in love with.

It doesn’t matter how clean you are, how honest you are, and how loving you can be. If you become inactive or stop doing the stuff you love doing, he’ll see this as lazy and he will want to end it with you.

Unless he becomes a couch potato with you, he will want you to be active, exercise, do stuff, and stay on the go. He’s high energy and when he met you, you were doing more than you are now.

Yes, he has expectations of you. It may not be right, but it’s how he thinks and feels. He doesn’t want a woman who does the bare minimum in life. He wants a career woman that also has hobbies on the side.

He’s asking a lot, yes. That’s Aries man for you though. If you don’t think you can toe the line with him then maybe he’s not the right guy for you. What is right for you? What do you want?

Aries men are high energy. Speaking of such, did you know that delicious, funny, and talented James Franco is an Aries? It’s no wonder he’s so involved in everything he does.

Did you lose a good Aries man even though you were great to him? Why did he break it off? What happened? Tell me about it!

And if you’re curious to learn more about the fiery Aries man, check out my blog here to find out more juicy secrets: Aries Man Secrets.