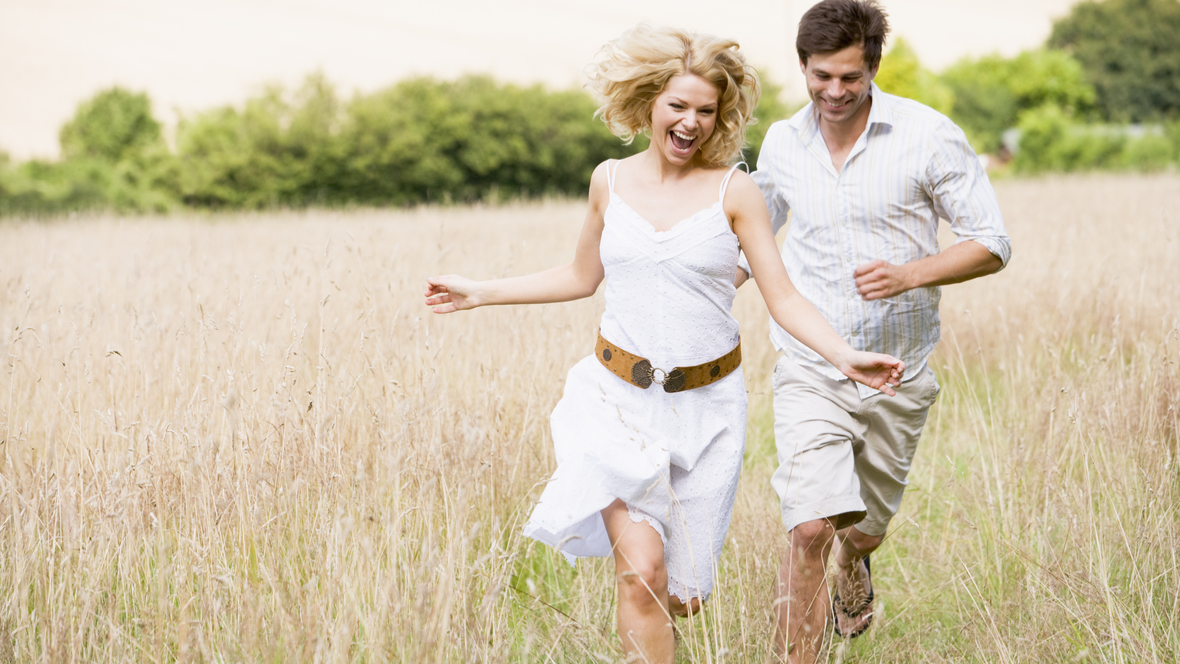 Knowing how to get an Aries man to chase you is one of the biggest headaches you can face when dating this Zodiac sign. Aries men are notoriously hot and cold, so playing your cards just right is vital if you want to make this man yours.

Don’t stress, this article is going to give you all the information you could ever hope to know how to get an Aries man to chase you again. It doesn’t matter where you are in the process of dating.

All of this applies if you have just met him or have been dating him seriously for a while. Some of you might even feel that your Aries man has stopped being interested in you, well, I promise there are ways in which you can have him chasing you once again.

And yes, this applies to you ladies who have a serious commitment to an Aries man. This will be sure to reignite the spark the two of you once had and make him fall head over heels for you once again. Keep reading if you want to get all my secrets!

Aries Man Nature In Love – Is He A Chaser? And Should You Chase Him?

There are some fundamental things you need to understand about an Aries man. His whole life revolves around conquest and being the ultimate winner in every situation he finds himself in.

An Aries man is highly competitive. This is because his ruling planet is Mars and this gives him that fierce warrior spirit. You might be wondering how this translates to dating…

Well, an Aries man needs to be constantly stimulated, you don’t want this guy to be bored or else you’ll lose his interest completely. So to answer your question in short, an Aries man is absolutely a chaser. He needs his conquest or prey to be quite difficult to get because this makes him feel quite accomplished when he finally makes her his.

You might wonder, should you chase an Aries man? In my humble opinion, it is best if you let him do all the work. You don’t want to make things easy for him because he WILL lose interest if you do this.

How To Get an Aries man to chase you? – 5 Golden Rules

How to Get an Aries Man to Chase You AGAIN? – 5 Sneaky Tips

If your Aries man is constantly going hot and cold then there must be something you can do about it. You might feel like it is his fault, but you definitely have some power in this situation.

You might notice how he stars to lose interest once you’re his and this is why you always need to keep an Aries man on his toes. Even if there is a lull in the relationship three are definitely ways you can turn things around!

How to Keep an Aries Man Chasing You – Even if You’re In a Committed Relationship? – 3 Habits To Keep

You have managed to achieve the impossible task of finding yourself in a committed relationship with an Aries man. You’re so lucky because he keeps choosing you and is chasing you.

But you might be afraid that this might stop… Don’t fear, there is a lot you can do to keep an Aries man chasing you even if you are in a committed relationship. You need to remember what an Aries man values in a woman and what triggers his instinct to want to keep chasing you.

There is a side to an Aries man that loves the idea of commitment and loyalty. He wants to fight for his woman, adore her, and worship her for as long as he possibly can.

For the right woman, an Aries man can certainly commit and make a serious change in his lifestyle. Sure, he’ll still be adventurous and need his freedom, but the right girl will give this to him.

This is why an Aries man will never settle and just go for what is available to him because he knows that somewhere, someone can give him exactly what he needs in his relationship, and he is willing to wait for it, and so should you.

There is nothing more wonderful than being with an Aries man…

He is so sweet, kind, caring, supportive, and gentle…

A true gentleman and the type of man you only thought you could make up in your dreams. An Aries man really knows how to love you and take care of you as no other man can

However, things with your Aries man have been feeling a little off recently.

You can’t put your finger on it, but it seems like he is slowly losing interest in you and the relationship.

This is incredibly heartbreaking as you love your Aries man very much. He is everything you have ever wanted in a man.

The thing is, you thought he was happy with you as well.

But you can feel your Aries man backing away slowly.

All you want is to know that your Aries man cherishes you and still cares about you.

There are times when he just ignores you and doesn’t get back to your texts.

It hurts you so much when your Aries man doesn’t respond to what you have to say.

You never thought your relationship was going to end up like this.

And it feels like there is nothing you can do to make him come back to you.

What would you say if you knew that you could turn things around quite easily?

Would it make you happy to know that you can get your relationship back to where it once was?

There is a lot you can still do to fix and rebuild your relationship.

This is not the end of the road…

This is actually just the beginning.

Don’t give up hope because there is so much love between the two of you and all relationships have their ups and their downs.

It is just about you taking control of the situation and realizing that there is still hope.

There is so much to learn about Aries men and how they operate in the world.

You deserve to be in a relationship where you get treated like a queen!

And knowing all these tricks will make your Aries man come crawling back to you,

This is your chance to turn it all around.

You can be empowered and take this relationship into your own hands.

I wish you so much love and happiness!

Your friend and relationship Astrologer,