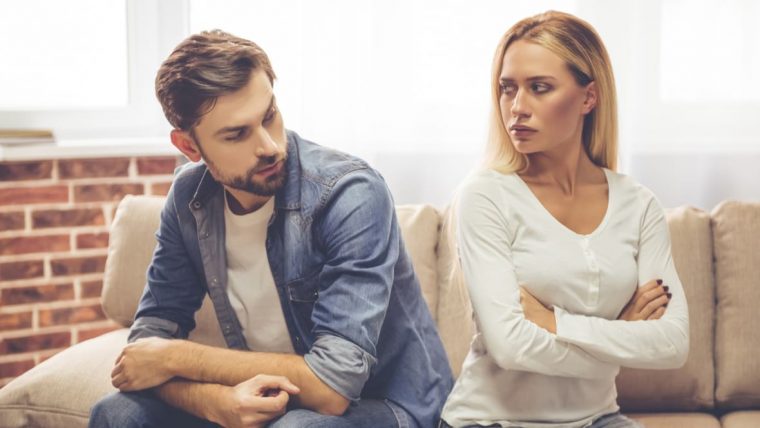 You’ve found a spicy Aries man to keep you warm at night but there seems to be a catch… he’s keeping his wife warm instead! Ouch! How’s a girl supposed to navigate this one?

Luckily, Astrology can help a lot in the way of informing us on the nature of the Aries man and how he will act when he is about to leave his wife for his mistress.

I can’t resist the drama of it all, so I am so excited to tell you all about how to tell if your Aries man is finally going to leave his wife for you! Keep reading to get all of the details on when he’ll be yours!

1. He Talks Down About Her 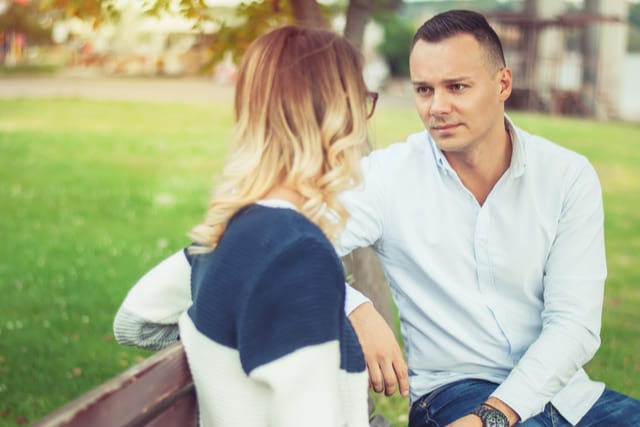 First off, Aries only have so much tolerance for hiding their emotions. They are a totally open book and if they have something to say about someone, they’ll be saying it to their face (unless, you know, they’re keeping a life-changing secret lover).

His investment with his wife may give him pause since on some level he’d rather ‘win’ the marriage than admit defeat.

Even if the Aries man has not voiced that he wants to leave her, you can tell if he is close to that by hearing how he talks about her. If he can’t help but complain about her to you or say things like “I don’t know how much longer I can take this,” then it’s a sure sign that he’s inching closer to dumping her permanently.

It’s only a matter of time before the Aries tells his wife everything that he’s feeling. They aren’t afraid of confrontation and so eventually he will be making some kind of move to let her know why he’s unhappy with her. Since an Aries can be very bad at peacefully presenting their problems, it could very easily serve to deepen the rift between them and send him running into your arms.

2. He’s Not Having Sex With Her Anymore

Aries is ruled by Mars, the planet of sex and desire. Sex is not just part of life to him, it is life! He’s the type who will look for it morning, noon, and night if it’s up to him.

He won’t sacrifice sex for very long at all before he’s pretty over the feeling of celibacy. A week without sex will make him feel like he should don a nun’s habit and get it over with!

If he discloses to you that he and his wife have stopped doin’ the dirty, then you can believe that that isn’t a sustainable situation for him to be in. He won’t be able to contain his frustration for too long! In fact, it is likely the reason that the two of you got together on some level. If his wife cut off sex or he no longer wants it with his wife then he was likely very willing to pursue something with you!

Given how sexually ravenous the Aries can be, it’s really a matter of time until he just decides to end the charade in order to put himself in a position to get it more often from you.

It’s difficult to keep up his prolific appetite when he has to sneak around, so if I were you, I would take the dry spell between him and his wife as a sign that you’re looking like a better option every minute. 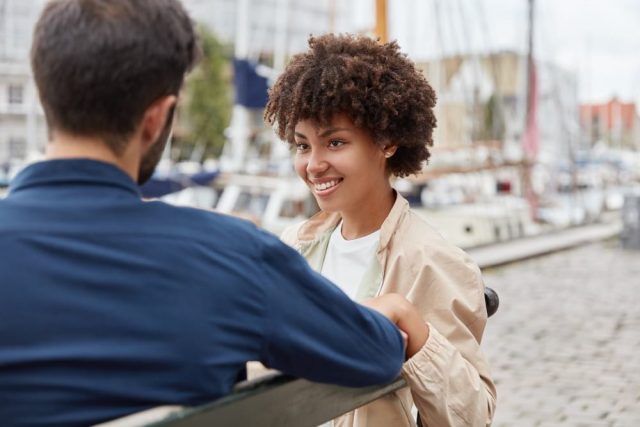 One thing about the Ram is that he’s got no patience… zip, zero, zilch. Aries represents the baby in the Zodiac, and this tells you a lot about what they’re willing to tolerate when it comes to waiting! Like an infant, if he isn’t getting what he wants then you’re gonna hear about it, and that’s a promise.

Aries men, being so good about communicating their desires, will let you know how excited he is to be with you. Yeah, Aries get a bad rep for being angry, but it’s often overlooked how sweet their blunt and blatant desire for others is. He won’t hide how much he wants you around if that’s indeed what his desire is.

If you get texts upon texts expounding on how great life will be when the two of you are together or how exciting it is that you two found each other, then it’s safe to say you’re becoming his main focus and desire. As we know, an Aries won’t ignore a yearning for you for long!

Once an Aries man sees that his only option to get to his beloved is to leave his wife, then he typically won’t hesitate for very long. Maybe he still loves his wife on some level, but being an Aries, he won’t spare anyone from the truth of how he feels!

If you want an Aries man and he wants you too then keep your head up and your faith high, because it’s definitely coming! He’ll be in your life as your dating beau in no time.

Read next: 4 Questions To Ask an Aries Man To Get To Know Him Better

4. He Tells You He’s Leaving Her

This is the biggest slam dunk of the list and the most positive indicator that he is going to leave his wife for you soon. An Aries is way too honest to lie to you about his intentions. In fact, that’s one of the first things you noticed about the Aries. He will tell you exactly how he feels without holding back.

The Aries man is great at being forthcoming about his feelings (although he can be a bit obtuse about feelings outside of excitement, elation, and anger). Since Mars rules desire in both the motivational sense and sexual sense, he will be able to let you in on his true desires at any time. Mars also rules confrontation, he will be honest about it because he doesn’t care if it makes you angry!

If he is telling you that his desire is to leave his wife and that he will do it, then it’s as good as done unless something radical happens to change it. He typically won’t hesitate for long once he knows what he wants. This is a sign that will likely actually follow through on promises that he will leave her. If he says he is going to then go ahead and clear out some space for him in your closet, sis!

The Aries man is one of the easier signs to gauge when it comes to him leaving his wife. He is all about life’s next great adventure and if that’s you, then he won’t hesitate to follow you for long!

Have you dated a married Aries man? Did he leave his wife for you? Tell me all about it down below in the comments!

Unsure if the Aries man is right for you? Take my quiz here to find out if you’re compatible.

And if you’d rather know all the ins and outs of attracting an Aries man to you, then you’ll definitely want to check out my book Aries Man Secrets, right here!