You’ve been dreaming of a date with your Aries crush and it’s not moving along as quickly as you may want it to… what’s going on inside of his head?

I know that this you’re likely questioning yourself right now… asking what you’re doing wrong or if he even knows that you’re interested.

It’s a stressful position to be put in, so first of all, just give yourself a break.

I’m here to help, by sending you in the right direction when it comes to priming him so that he thinks to ask you out on a date.

Astrology can assist us in moving along relationships that otherwise appear to be going nowhere. So, I advise you to keep reading if you’d like to know more about what will prompt an Aries to ask you out! 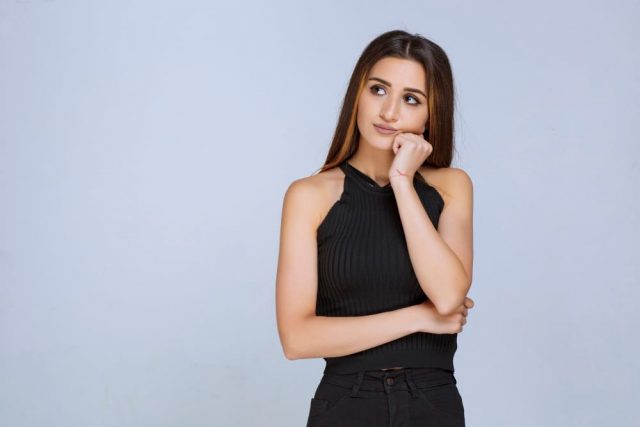 An Aries is like a child in many ways. He is the first sign of the Zodiac, and he is represented by the infant or the child.

Because of this the Aries man enjoys ‘games’ in relationships. He likes to be kept guessing for a few reasons.

First, predictability just isn’t for him. He’s ruled by the feisty Mars and he enjoys being challenged. As a result, he is going to be thrown off by your approach… but this isn’t necessarily a bad thing.

In addition, if he thinks that he has you figured out then he will get bored quickly. You don’t want to put an Aries in this position because nothing will repel him like feeling under stimulated.

How can you incorporate this tactic? Try texting him in a hot and heavy manner for a while, hardly leave him alone. Just about the time he is growing tired of this, be hands off for a while.

You can also flirt a little here and there and then cut that off suddenly too. He’s going to have grown used to that connection and he will have learned to enjoy that admiration for him.

As a result, you’ll find him reaching right back out to you to try to stoke the fire once more. And he may even ask you out on a date so that you know that he was very appreciative of your flirtatious offerings.

Flex Your Adventurous Side 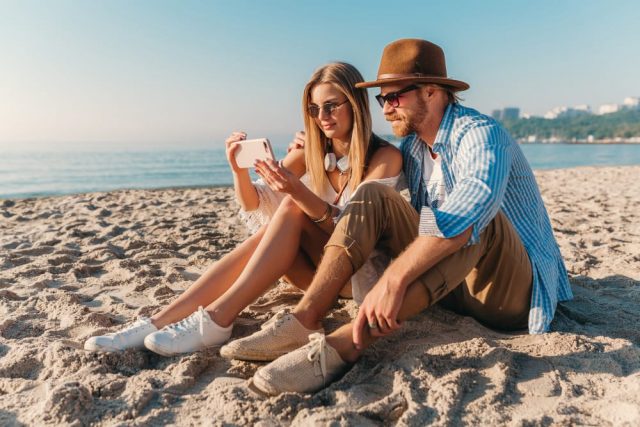 Being ruled by Mars, the planet of conflict, combat, and impulse, you will find no lack of Aries in the realm of adventurous activities.

They are not afraid of much at all which is why they gravitate towards these high-risk activities. They are okay with the chance of getting hurt as long as they had a lot of fun on the way.

If an Aries recognizes that you can keep up with him then this is going to immediately catch his attention.

If you have any big fears that prevent you from participating in adrenaline-junkie activities then now is the time to smash them!

I advise that you try rock climbing, go-kart racing, or take a pole dancing class. Something edgy or a little risqué will do the trick.

If you have pictures of you doing these activities then either post them to social media where you know he will see them or send them straight to the guy with a caption like “Look what I just did! I thought you might be interested to see.”

This will let him know that you are open to risks and activities that he considers to be fun. He’ll become even more intrigued with the idea of you when he sees how open you are to new experiences!

Of all the signs, the Aries is one that would appreciate novelty. Experiment with an activity that he’s never tried and maybe he’ll ask if he can tag along next time.

Don’t Be Too Eager

Aries is a sign that appreciates transparency, but they do not appreciate feeling trapped. Let me explain.

They will enjoy knowing how you really feel about them, this is true. They aren’t a highly psychological sign and as a result they likely won’t be one to analyze your every move or word to deduce if you like them back or not.

Aries simply doesn’t have time for that! Despite this, they definitely do not want to feel trapped by your affections and this is a good way to get them to run.

If you’re telling him repetitively how much he means to you, how much you want to be with him, or how your feel about him, then this is going to be overwhelming for him.

An Aries needs space to feel free in. He is already not the best sign of the Zodiac for commitment… and too much pressure before he even asks you out will kill the thought before it comes to fruition.

Flirting is a safe bet, since this is the sort of playful energy an Aries thrives in. Too many feelings too early is one thing that might actually scare this ram!

Keeping things light at the beginning is the best bet to landing a date with the Aries man.

Read next: 7 Great Date Night Ideas With An Aries Man

Like I’ve mentioned, an Aries is a sign who has an association with Mars. Mars ruled individuals are going to be full of confidence themselves since they are ‘self’ oriented.

They’ve got their own emotional natures on lock in their own eyes. As a result, they also expect those around them to have their emotions under control.

An Aries isn’t a natural nurturing sign. They have faith that those around them are able to handle their own baggage.

This is a good thing, since it empowers you to take control over your own emotional nature. It will force you to dive inside of yourself to ask why you need validation from others (if you ever did).

If you’re someone who is strong, confident, and self-possessed you’ll have no problem attracting an Aries. They’ll feel that you are a part of their tribe and they’ll be opened to pursuing more with you.

That confidence is powerful! An Aries can’t resist someone who knows what they’re about. This is the type of person an Aries knows they can battle through life with!

If an Aries senses that you’re going to be a tough copilot with them in life, then this is going to be extremely attractive to them.

They are going to jump at the chance to land someone who can keep up with them, and if that’s you, then clear your schedule because this Aries will want to take you out on more than one date!

Did an Aries ask you on a date? How did it work out? I genuinely want to know so go ahead and fill me in in the comments below.

Want to know if an Aries is really your love match? Take my quiz here.

If you want to know all the ins and outs of dating an Aries then I encourage you to pick up my book, Aries Man Secrets. Find it here!