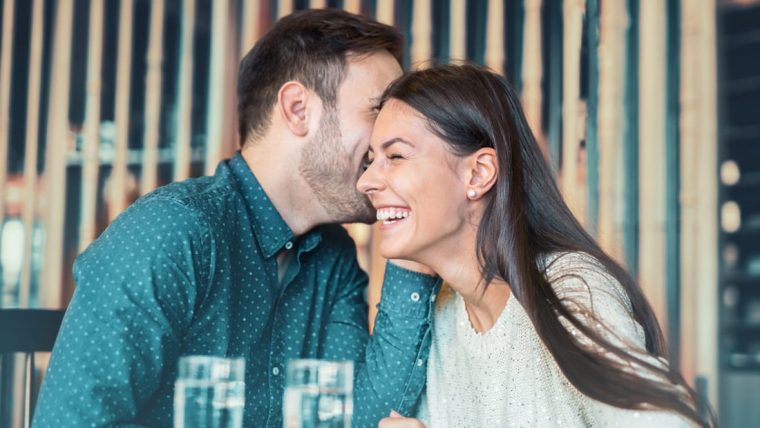 Ah, the Aries man. Despite being so simple, he is a lot of work to woo at times. Just the right amount of this-that-or-the-other-thing is needed when getting an Aries to commit. And add in the coworker factor and you’ve got yourself a real challenge! Read on for some assistance in getting what you want out of an Aries man in the workplace.

So, you’ve been eyeing your Aries coworker from across the sea of cubicles and you like what you see. Lemme tell you, you are going to need some help, sister.

I’m here to help you get to the ultimate prize, your Aries man. But it may take some dedication and understanding on your end, because the Aries man is a bit of an enigma when it comes to what he’s looking for.

I’ve got a list of all the ways that you can help yourself look more appealing to the Aries man. Keep reading to get in on the secrets!

Play Up Your Femininity

The Aries man is the most macho and masculine figure in the Zodiac by far. The guy can’t help it, he’s ruled by Mars.

Mars is the ultimate yang planet, meaning that it rules everything that is traditionally masculine. As a result, he has enough of that directness and assertion within himself. He isn’t looking for any more of that from anyone else!

He’ll deeply appreciate a woman who is a pure woman. If you’re a Taurus or a Libra woman all the better, since they’re ruled by Venus, the feminine counterpart to Mars.

He loves a woman who is accommodating, charming, and beautiful. There is a myth about the Roman God Mars which says that he could bow to no one accept the graceful and lovely Venus, whose charm was such that he had to get on his knees for her.

When it comes to Aries, he isn’t looking to subdue your power. In fact, when you bring charm and opulence to the table, he will be so floored that he will respect that sort of approach and he’ll cling on for more of the same.

In the workplace, it helps if you show your feminine ways around him. He loves this and laps it up like a dog. Wear flattering clothes around him and choose an attractive perfume. These things will get him extremely interested in you from the get-go. 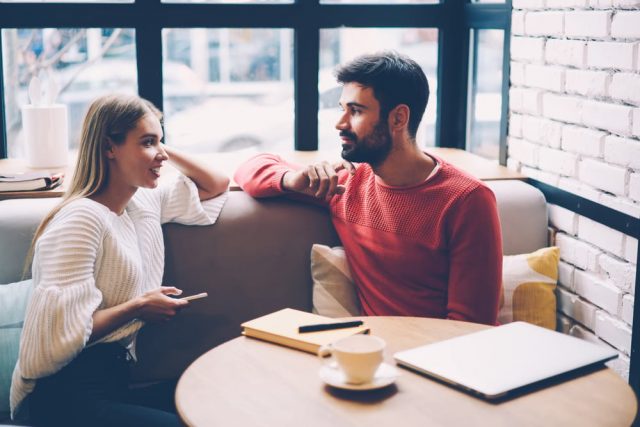 An Aries loves the chase. He loves the competition and he loves winning.

Knowing this, it is important to dangle the carrot in front of him for a little bit. He wants to pursue a goal and get the glory, but after he wins the game, he is the first one out and onto the next challenge.

For you, this means that, for a while at least, he cannot feel as if he has won you over. He will be so engaged in the game of achieving your love that he will go over the top to see if he has won yet.

Accepting loss is like a death sentence to the Aries, so be coy and play hot and cold for a while.

Flirt with him one day and act normal the next. Show up to his office to visit for conversation sometimes and purely business other times.

Keeping him guessing is what will keep him interested. Aries are the children of the Zodiac, being the first sign. They do not have a great attention span and so you need to keep them interested by playing cat and mouse for a while!

Talk Well Of Him In Front Of The Right People

An Aries values loyalty. At work, he strongly values leadership, and so he either tends to be the boss or at least deeply respects authority.

An Aries will never forget if you take their side or if you go out of your way to show your loyalty to them.

If you get the opportunity at a staff meeting make sure you play up his accomplishments in front of the boss or suggest he be considered for a promotion.

Nominate him for employee of the month perhaps, as the winner is usually notified of who nominated them.

He will be slow to forget any of these gestures since he is always looking for loyal people to include on his team and in his life.

Ask Him For Help 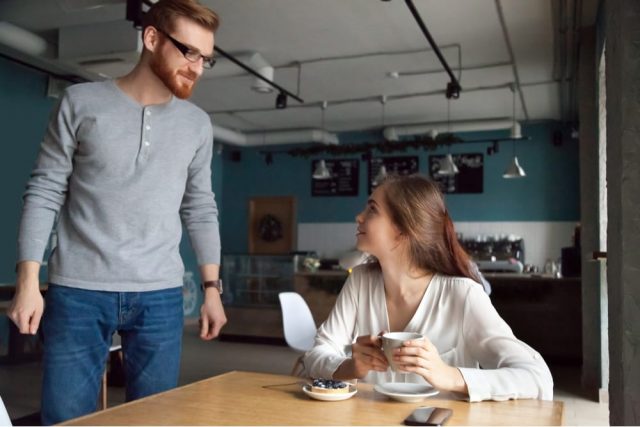 Aries just loves feeling like the hero. He has a huge ego and he needs to keep it well fed at all costs.

A great way to earn his endearment is to ask him for plenty of help at work. He is much more likely to make a move on someone who finds him to be useful.

Maybe you’re trying to rearrange your office and so you text him with a “pretty please” attached to it. An Aries cannot resist helping a lovely lady in distress!

Perhaps while he’s helping you, you lament about having no one to help you with this stuff outside of work when you’re home all alone. Most Aries are going to be quick to offer their assistance.

And just like that, you’re hanging out with him outside of work!

Take Advantage Of That Employee Gym

Aries are named after the God of War, so you know that they have a natural proclivity for keeping in shape!

They are a very physical sign, and so many of them work out frequently to feed this side of them.

If your workplace has an employee gym then start going there because you may just run into your Aries man. This would very quickly catch his attention because he is often so passionate about keeping in shape.

If your workplace does not have a gym, then this is a key area where you can engage your Aries coworker. Ask him how he got to be so muscley and ask him for ways that you should begin working out or what you can add into your existing routine.

Since we know he loves feeling like the hero, he may offer to help train you or let you know which gym he likes to go to. This is him telling you that he’d like to hang out with you there!

An Aries takes just the right amount of chase since he is easily spooked off by too much pressure to commit, so he can be a challenge to seduce.

My advice is to put him in a good position to take the lead! This will ensure that he can feel like the man he needs to feel like and it lets you see how much he is actually into you.

I know that it can seem daunting, but if you’re really interested in this Aries guy then these tips are going to help you get him to make a move!

Have you crushed on an Aries coworker? Did it work out? Let me know in the comments below!

If you want to gauge how good of a match the two of you are, check out my Aries Compatibility quiz here!