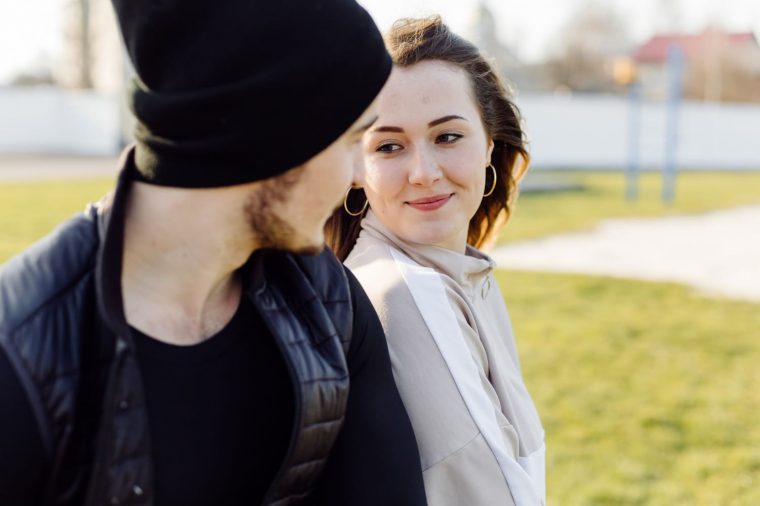 Are you scoping out the hot Aries guy at work? Things are about to get steamy, girl!

Aries men can be hard to read if they have other placements that make them more reserved. Despite this, they typically are outgoing and forthright about their intentions.

I’ll help guide you to see if an Aries man likes you since not everyone speaks their language. As a Relationship Astrologer, I love nothing more than assisting others in seeing who is open to a love connection with them!

Keep reading to find out five signs that an Aries man likes you!

An Aries man is typically an open book. As a result, he may be so bold as to just tell you straight up, “I like you!”

This is because an Aries man is ruled by the planet Mars. Mars is the planet of fast, fiery action. Mars does not stop; Mars just goes for it.

Mars being the ruler of Aries, creates the type of person who will shoot first and ask questions later. And in this case, the only shooting they are doing is shooting their shot!

If any sign of the Zodiac would be so bold as to come right out with their feelings, then an Aries would be it!

So, if an Aries man tells you he likes you, believe him! He doesn’t play games and he is a straight shooter when it comes to telling the truth.

2. He Flirts With You 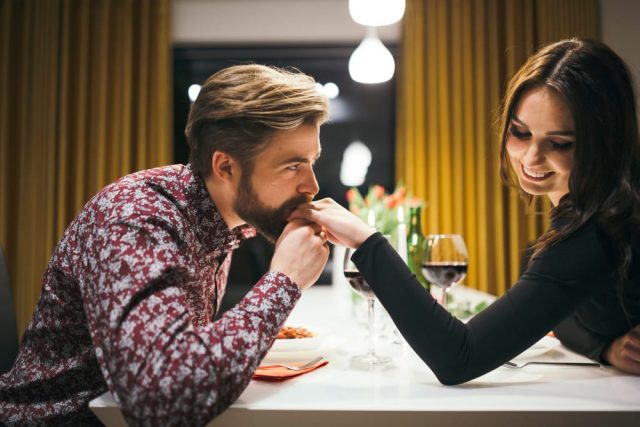 If you have an Aries that isn’t quite so brazen as to say it straight out, you’ll still get the hint through how much they flirt with you!

As I mentioned, an Aries being ruled by Mars is enough to tell you that these guys are very direct in their actions and speech. So, if you get the vibe that he is flirting with you, believe me, he is!

He may comment on how good you look or how impressed he was by something you said or did. But no matter what how he does it, it will be quite obvious that his goal is to let you know that he likes you.

He will also talk a lot to you, perhaps at the detriment of everyone else in the group. It may well be quite obvious that he would prefer to just be talking to you.

This is typical of an Aries. They just don’t have a lot of social graces. They want what they want and they don’t care who knows it. They’ll make it obvious within a group of people that you are their preference. 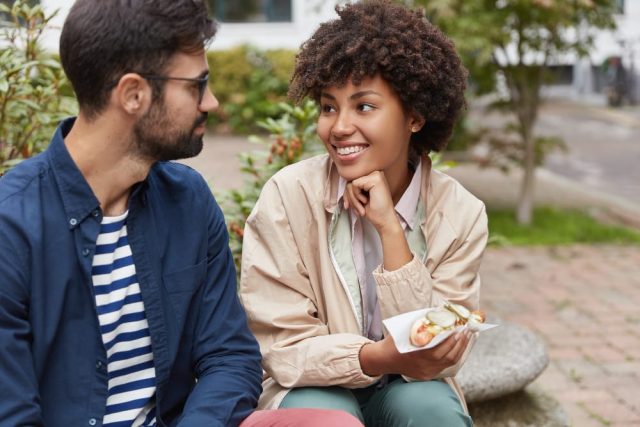 This is an unexpected one for an Aries, but if he really likes you then you’ll see this side of him emerge.

An Aries is typically the most “me first!” sign of the Zodiac. He is, after all, the first sign and the one who kicks the Astrological party off right every March.

A typical Aries is often seen as being selfish. This is less about them not wanting others to have enough and more about his desire to ensure that he personally has enough. He won’t be shy about making sure that it is known that what’s his is his.

Despite this, this part of him will be turned on its head if he really likes someone. To the average person, he would be frank about his needs and desires, but for you, the one he likes, he will actually show more diplomacy.

He might offer to share something of his with you, let you borrow something of his, or spend money on you rather than himself. This is a huge sign that he likes you very much, since it goes against his naturally self-oriented approach.

Take this as the ultimate sign that you’ve got him in the palm of your hand. It is a rare person that will see an Aries bend over backwards for them.

So, if you notice an Aries man giving you things, spending money on you, or going out of his way to do a service for you, you can be sure that he likes you as more than a friend.

Aries, being ruled by Mars, the planet of war, feels far more comfortable expressing their emotions in a very straightforward way and they may even like to challenge you a bit!

For this reason, don’t be surprised if the Aries of your dreams lets you know he likes you by teasing you!

Hopefully you aren’t a sensitive person, because when an Aries plays around, he doesn’t hold back. He will take the route of making a lot of good fun with you by teasing you for your perceived shortcomings.

It may sound mean, but believe me, this is just how an Aries communicates. He loves to take some jabs at people he is interested in.

So, if you are interested you had better get some tough skin because an Aries is relentless in making fun of those he likes. 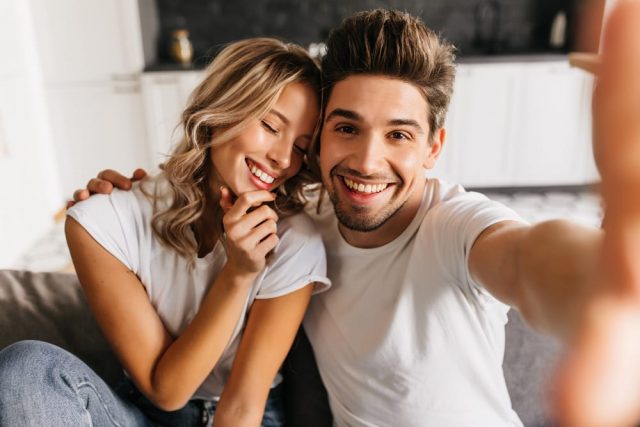 An Aries man is daring and brave. He is the bold knight of the Zodiac, who will attempt to astound the person he loves with his heroic feats of bravery.

Because of this, you can expect an Aries who is crushing on you to attempt to impress you through his actions. This is the language he speaks.

An Aries man is about as testosterone-fueled as they get. So, I wouldn’t be shocked to see these guys squaring up to another guy who seems interested in you, lifting something heavy just to show off their strength, or flexing their smarts by telling you about the latest book they’ve read.

If an Aries man if doing these things around you or while you’re in earshot, there is a solid chance that they really want you to be impressed by their devil-may-care attitude, or by some impressive skill they have.

And if you like this Aries man back, think about complimenting them on what they were showing off… an Aries man laps up ego boosts like no tomorrow. He just can’t help it!

If an Aries man is crushing on you, it is a huge blessing. There is so little guess work here! He just is what he is. And if you appreciate what you see then you appreciate him for all that he is because he does not hold back a whole lot about himself from those he likes.

If you like him back, my advice is to tease him a bit and make him beg! This is like a drug to an Aries since they love nothing more than the chase.

Do you think an Aries man likes you? What makes you think that? I’m dying to know, so let me know down in the comments section!

If you want to find out more about how the Aries Man ticks, then check out my guide, Aries Man Secrets, for the full scoop on the Ram. You can find it here.

Or perhaps take my compatibility quiz to see if it is worth returning the Aries man’s affections for you. Take the free quiz here!