Why Do Aries Men Hide Their Emotions?

Are you dating an Aries man who seems devoid of emotion? Trust me he isn’t! Here are some interesting points that may help you understand him a bit better and find out why do Aries men hide their emotions. It may explain why he avoids emotions in front of you.

Aries men are not wimps; or so they believe. They are Alpha males and that means they have to appear hard and strong to everyone else around them; especially to their lady love.

They typically suppress whatever it is that they are feeling because they do not want to be perceived as feminine or weak. Even though most people know its ok to cry and let it out; they refuse to.

Sadly this can lead to a back up of overwhelming proportions and at some point they will snap or boil over. They will be a hard ass for so long until they’ve reached a point where they can’t anymore.

These are the times he’ll lash out and have temper tantrums or act angry toward people; including the woman he’s dating. He may not even be mad or upset with you but because you’re there; you’re the target.

To the public, they really want to be seen as a pillar of great fortitude and strength. To be seen as less is a blow to the ego and this isn’t something they can cope with very easily.

Ego won’t let them open up 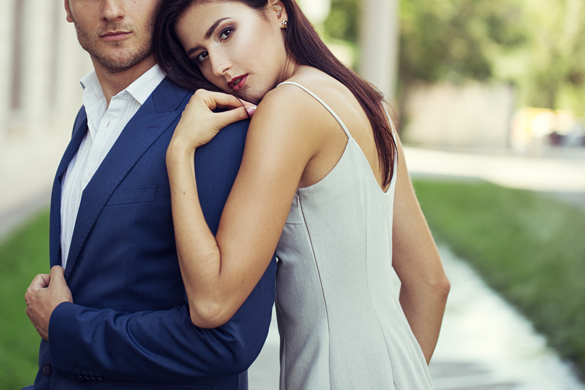 One of the features of an Aries man is an ego issue. They tend to think very highly of themselves and can be somewhat narcissistic. This means they get this attitude toward others that they are not worth their time.

They will appear cold; they will blow strangers off, or even act like they don’t want to be where they are as the people around them are not their cup of tea. Sadly, unless it’s their actual friends; they aren’t all that keen on strangers.

When he gets to know someone; he may be a little more open to talking. I don’t know if you’ve read my article about Aries being secretive but this is also part of the equation here.

This man believes that what he does with his life is not anyone’s business. He loves his close friends, family, and of course his partner. Other than that, his life is his own and how dare anyone ask him anything.

There is also the aspect of some Aries men who are carrying around past hurts and sleights which make them not want to show emotion around anyone. It makes them shut down and only think about it in private.

He doesn’t want anyone to see him as weak or wounded. Pity and empathy isn’t something he wants to have from a general stand point. He will rely on his partner to calm his flames though.

Actually; he may really lean on his partner to keep him balanced. The problem is; he needs to learn to balance himself instead of relying on someone externally. This is likely a lifelong lesson for him.

Keeping this in mind; he also hides his feelings of true love for his partner sometimes as well. In the interest of not getting hurt; he’ll sometimes not let his partner know how much he truly loves her.

To his partner; he could come off as very cold, controlling, callous, and demanding. He could seem immature and unresponsive. The thing is; that’s only a mask. That’s not who he truly is.

He will have to learn how to express his inner self better and more effectively if he wants to make it last with someone special. It’s also something he needs to learn in order to heal from his past. 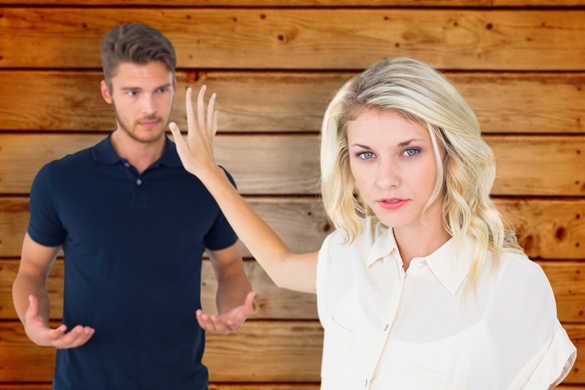 Many Aries men feel very fearful that if anyone knew who they truly were or how they really felt; they’d be seen as weak, worthless, and a sissy. He has to maintain this pillar of strength exterior to others.

If you think an Aries never cries; think again. He likely does this behind close doors, he may suffer from depression, and he may actually feel very low about himself.

You’d never know it by how he stands up and acts like nothing matters. This is often times why it’s important to watch his actions to truly know what his intent is. If he’s in love with you; he’ll physically show you.

He will shower you with tons of physical adoration. He may not say “I love you” because it would make him feel weak. If he does say it; he may not do it very often. He’s just someone who you’d have to accept would rather show you than tell you.

If you really love him and understand he is this way; you two could work at his healing process. Perhaps over the years he may learn that he isn’t weak by telling you what he feels.

The Aries man doesn’t want his personal life broadcast to anyone. These are the guys that post very little on social media because they figure it’s no one’s business what they’re doing, with whom, and where.

When they start dating someone, he may not change his relationship status right away. He made hide it altogether. It’s not because he’s embarrassed in who he is with; it’s more that it’s not everyone’s business.

He figures that anyone of importance that needs to know will know. Some women will wonder if he’s hiding her from other women. Well this may be two fold. On one hand, he thinks it’s no one’s beeswax what he does.

On the other hand; unless he’s 100% committed to you; he may very well be hiding you from potential other ladies. He isn’t going to declare anything until he knows for sure that the woman he’s with is “the one”.

Once he does, he may still hide his status because again; he’s very private and doesn’t want people prying into his personal affairs.

I hope this helps give you at least some idea of why Aries hides his emotions. There is more to it and you may want to check out my book. In the Aries Man Secrets; you’re able to discover the internal workings of the Aries mind.

One thought on “Why Do Aries Men Hide Their Emotions?”