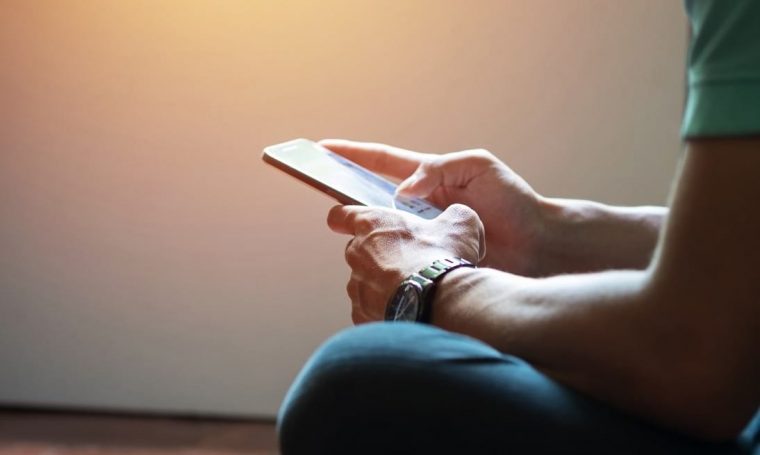 Find Out What Makes An Aries Man Cold As Ice!

Has your Aries man gone dead silent? Is he ignoring your text messages and leaving you hanging? Nothing is more frustrating than that! I totally get it. It’s not what you want to deal with when it comes to your lover or love interest!

I am going to help you out and tell you the most common reasons an Aries man avoids your texts. Keep reading so that you’ll know exactly what to expect and why.

Your Aries Man Is Very Busy, And He Puts Off Texting 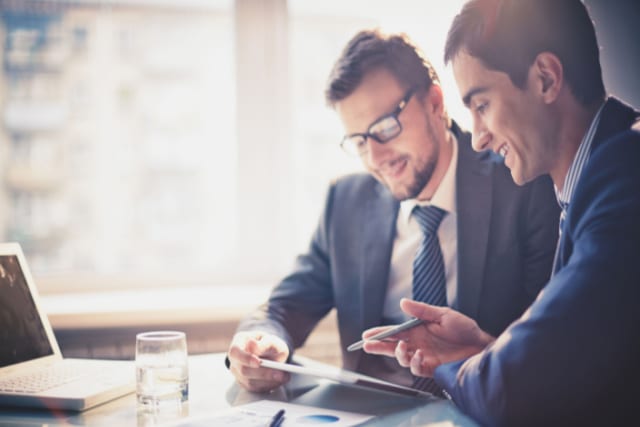 This is where some women become quite confused. In the beginning, your Aries guy was so excited with you and probably texted you a whole lot, until you two started spending lots of time together.

With time, the texts started to decrease because he was with you so much that he didn’t need to text.

The typical and true Aries kicks in to the fact that he doesn’t actually like texting. He did it to win your heart and when he himself was giddy like a schoolboy.

With time, things change and he changes with it. He becomes less text message-oriented. He isn’t answering your texts as much anymore because he’s busy doing other things.

He made time for you before because he wanted to make sure he secured the relationship with you and impressed you.

Now he doesn’t think texting is important, so unless you ask him a question, he may not respond to you. He figures that you know he’s busy and so he doesn’t think you’re going to be angry or hurt.

The Aries man doesn’t always realize that he needs to keep in better touch via text, especially when he’s busy with work or other things. This is a topic you’ll have to approach with him if it bothers you not being in contact over the phone.

Tell him how you feel about him not texting. Don’t get angry with him or lash out. Just tell him that you miss him and when he doesn’t respond, that at least sometimes it makes you feel as if he doesn’t care.

There are also times when he’ll be busy with something and has the intention to reply to you but then forgets because he gets sidetracked.

That doesn’t explain if he’s ignoring you for longer than you’re comfortable with though, so let’s explore more reasons.

Are you still with me?

Excellent! Let’s dig into other scenarios in which an Aries man avoids your texts.

1. He Lost His Taste For Texting Small Talk 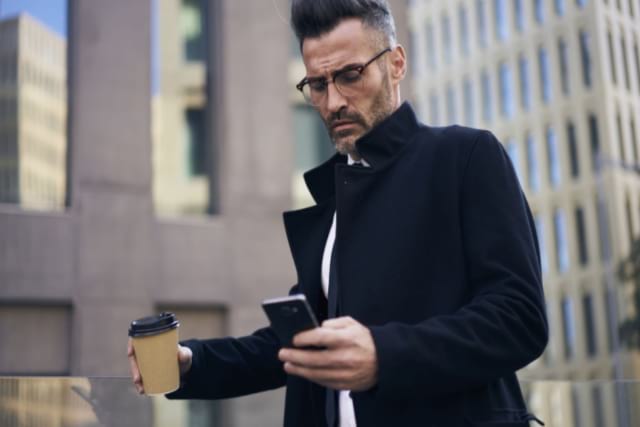 This goes with the fact that he hates to text if he doesn’t have to. The thing about him is that he wants to talk about important things if you’re going to text.

Saying things like “hey, thinking of you” doesn’t work like it did in the beginning. He’ll think to himself that it’s sweet you sent it, but he won’t see a reason to reply.

Something else is that over time, texts start to get boring to him. The Aries man hates being bored. Again, he’ll look at your message and then go about his business without replying.

I know this is super frustrating, but this is who the Aries man is. It would probably be more effective to call him but again, don’t bore him with small talk.

Another thing you can do is text him something very different from your norm. Bring up some exciting or intriguing news. That may spark his attention again.

Find new topics you can get his interest with. Reignite the passion you two once had. Don’t let him get bored with texting!

2. The Aries Man Needs Some Space 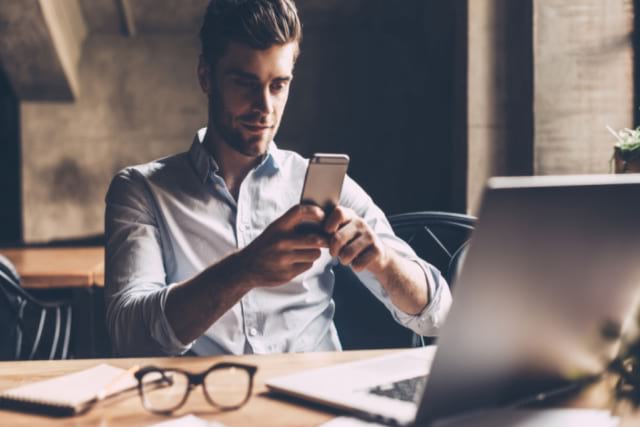 There is nothing worse for an Aries man than the feeling that he cannot be himself and do what he wants, when he wants. If you’ve been very close and he hasn’t had any space or time to himself, he will pull back.

The Aries man avoids your text when he feels you are holding too tightly to him. He really doesn’t like women who are clingy or needy.

Sometimes, he’ll actually tell you what is going on and other times he’ll just disappear or ignore you. Make sure that you’re offering him time to himself or with his friends.

An Aries will feel smothered or chained down if he’s not able to do what he wants at least some of the time. He realizes there has to be compromise, but he doesn’t always know enough to ask.

This is why he might start ignoring your text messages out of the blue. Think back about how it’s been over the last few months. Has he had any time to be alone or to do his own thing?

If not, then you’re going to have to change that (and quickly!) so you don’t lose him. In this case, the quietness with texting may only be the first step before breaking it off.

When you’ve looked back and figured out that you did in fact not give him space then it’s important you reach out to him to let him know your error and tell him you’d like to talk to him about it.

Hopefully, he’ll get back to you and call you or meet up with you to discuss what happened, how to change it, and where to go from here. 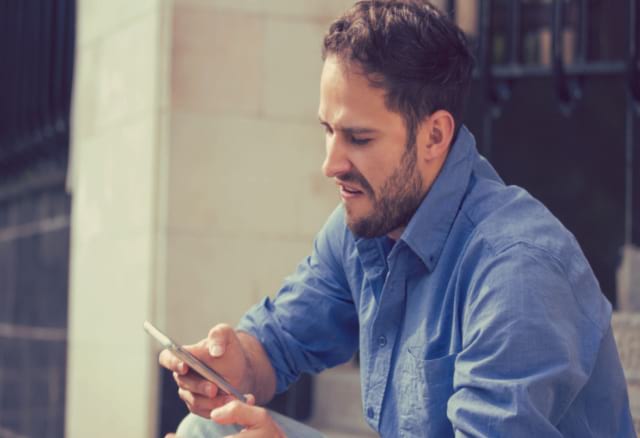 It’s not hard to believe that he would get angry. Aries is a fire sign, after all. They tend to be quick-fused when it comes to their tempers.

If you two had an argument or you did something that pissed him off then yes, he will ignore you. He is one of the signs that give you the silent treatment until they feel able to face you again.

Hopefully, you didn’t do something that pushed him away totally. If you can think back and see that you two did have a nasty argument or something happened that made him angry, you’ve got to act fast!

Try calling him instead of texting him to tell him that you apologize for your role in making him mad.

There may still be a chance to work through this. He won’t work on it if you don’t apologize though.

If you really and truly have no idea why he’d be mad at you, then that’s what you approach him with. Tell him you aren’t sure why you ticked him off but you’d like to apologize if that is the case.

At least he’ll know that you’re actually willing to work through it and have empathy for his side of this.

Read next: The 7 Relationship-Killing Mistakes With An Aries Man

Your Aries Man Lost His Interest In The Relationship

This is the hardest one to deal with. If your Aries man has detached from you and feels the relationship isn’t working for him anymore, then he will start ghosting you.

An Aries man avoids your texts when he no longer has feelings for you. This might be when you’ve looked back and cannot find any reason why things aren’t going well.

You know for sure you guys didn’t fight, you didn’t do anything to make him mad, and you’ve let him have space but yet he’s ignoring you.

Please understand that it doesn’t mean that just because he ignores a few texts that this is the case, certainly not. It’s when you go for a week or two at a time with no response.

It’s like when you open up your inbox to see that he’s read the messages but isn’t replying that it really sinks in. Something is up with him and he’s purposefully not talking to you.

Sometimes, instead of being blunt and telling you he wants to break up, he’ll ghost you for a while and hope that you get the message.

What can you do if this is the case or if you aren’t sure?

As difficult as it will be, you will have to pull back from him. Stop sending him texts and stop calling him. If he wasn’t doing it on purpose, he’ll notice you’re quiet and reach out.

If he was truly ghosting you because he feels like it’s over for him, he will not reach back out. So, give yourself a certain amount of time to process it and then wash your hands of him.

This is the worst way an Aries man can be, but what is even more horrible is when he does speak up about his feeling disconnected. Sometimes they can be verbally nasty.

He may be very mean to you or treat you like you’re nothing to him. So, when you think of it, being ghosted may be the easier way to break up. That might be what he’s thinking as well.

He doesn’t want to be unkind to you but if you aren’t “getting it” he’ll probably say harsh things to push you away.

Take the signs for what they are worth. You now have the ammunition you need to figure out if your Aries man is still with you or if he’s done.

I hope this helps you to take action where you can and leave him alone when necessary. I truly wish for nothing but your happiness.

Wishing you luck on your journey.