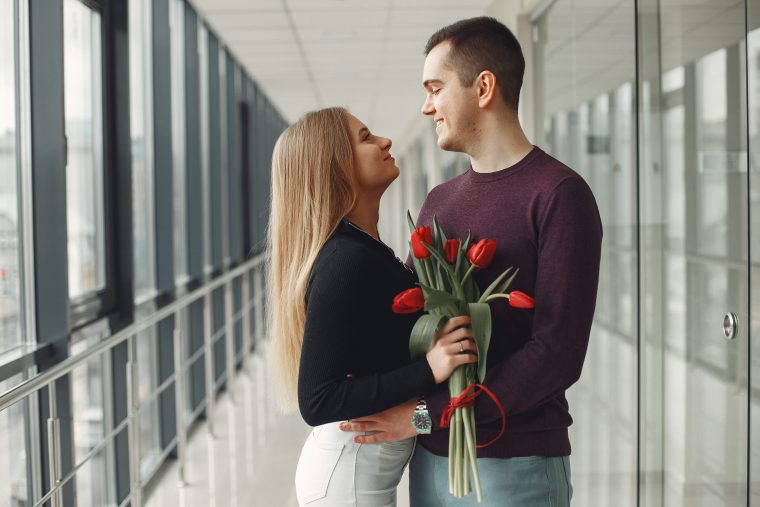 Aries men are easy to catch but not always easy to keep! It can be tough to tell if he’s in it for a minute or the long haul. These eight signs will help you tell the difference between when an Aries man has a simple crush on you versus when he actually wants to commit?

So, you want to know if your Aries man is actually ready to commit to you. With these men, it’s often very hard to tell between love and lust—seldom do they actually know themselves!

As a relationship astrologer, I’ve seen plenty of women get it all wrong when they try to read the Aries man’s signs of commitment. Because it often seems as if he’s ready to commit within the first three weeks—but the truth is usually more nuanced.

Winning the loyalty of an Aries man takes a little more time. He gets bored easily, so it takes a special woman to capture—and hold—his interest.

How do you know when you’ve nailed his loyalty for life?

These are my top tips to know when he has committed to you!

1. He Tells You and Shows You! 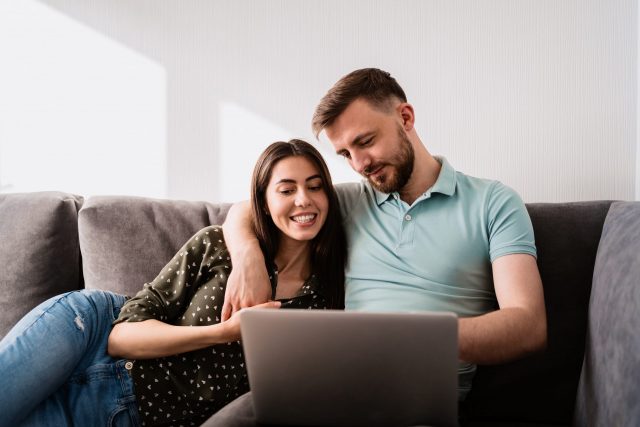 This is a simple one, but it’s often overlooked.

The most common quality that I’ve seen over and over again with an Aries man in love who is ready to commit is simply him being demonstrative.

An Aries man will often let you know that he has very clear intentions to make you all his for the long term, so when he shows you or tell you, believe it! An Aries won’t jerk you around this way like some signs.

You really don’t have to sit around and overthink it. Aries men are action-oriented, and if they feel it, they show it.

The only snag here is that he may jump the gun a bit too soon and declare his commitment within a very short space of meeting you. He’s impatient like that, and he struggles to hold himself back when he feels passion.

If that’s the case, don’t go all in. Hold back and see if he is still saying the same thing after a few months or a year before you get comfy and assume it’s forever.

if he’s still around, you can trust that he’ll let you know in no uncertain terms that he’s committed to you—and he’ll show it! 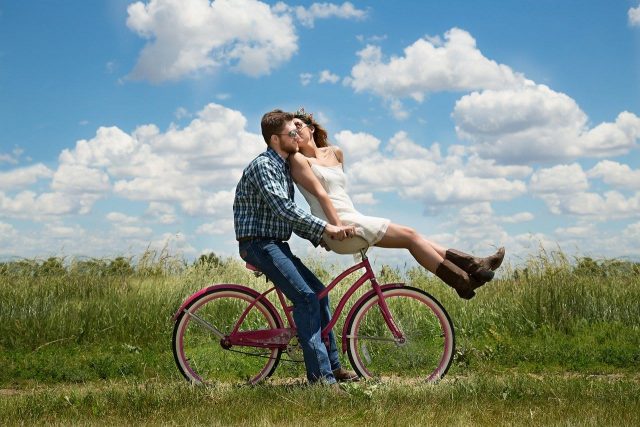 For him, commitment and true love mean driving halfway across the country to bring you medicine when you’re sick, or to fix your tire—or anything else that needs fixing or saving.

This is one guy that will do absolutely anything for you when he is committed. Sure, he may kick up a fuss or argue—he is ruled by the war planet, Mars, after all—but you can rest assured that he will always, always have your back!

Doesn’t that just make you swoon?

3. He Includes You in All His Activities

Aries men are busy. They are often super-active, very social (boys’ nights galore!) and have innumerable personal passions they dive into with all their hearts.

4. He’s Passionate About You 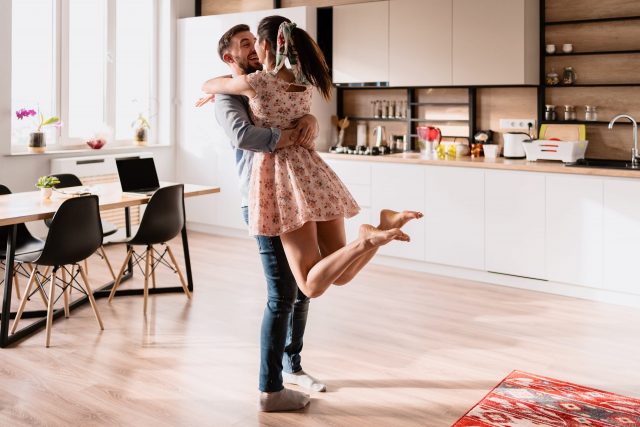 When an Aries man is really committed to you, he’s vehemently passionate about you and everything you do.

Whether you’re a window cleaner, a stay-at-home mom or a CEO, he’ll be like a proud mother duck, thinking you’re the best thing since sliced bread! No matter what you’re up to, he’s proud of you.

Aries man take pride in their committed partners, and the more he’s committed to you, the more he cares to know about your life. He’ll also brag about you to the people in his life. You are his favorite hobby now, his hottest passion—doesn’t that feel just wonderful?

Being loved by an Aries man is like curling up by a crackling fire!

5. He Provides for You

As I mentioned, Aries men are ruled by the planet Mars, which means that they are natural providers. An Aries man loves an achieving woman, and finds ambition super-sexy, but he also, over time, will want to provide for you.

Maybe that looks like paying the rent or making sure you have medical insurance. Maybe it’s supporting your kids, your mom, or your creative projects—financially or emotionally.

You’re no damsel in distress, but he wants to be your knight in shining armor all the same. When he’s committed to you, he’ll devote his life to being that knight for you.

6. He Showers You With Attention 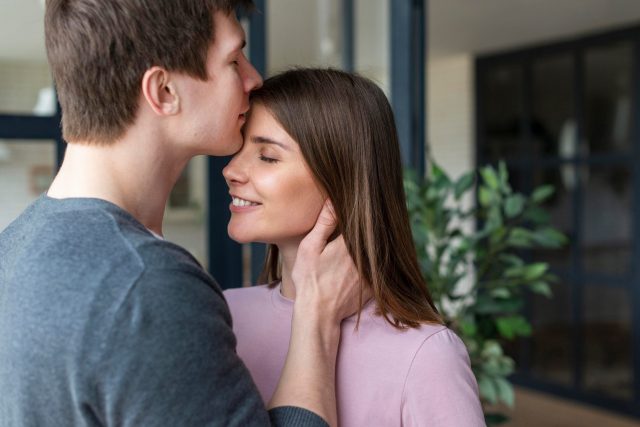 Let’s face it—the Aries man can be a bit self-absorbed. It’s one of the darker aspects of his nature.

So, when all the attention is on you, you know that he’s gaga over you and is thinking of really committing to you.

He’ll shower you with attention, listening intently to all your stories even when he’s heard them a million times. He might go a whole evening without talking about himself—a true rarity for an Aries man!

That’s because you are his number one now, so be sure that you give him the same attention. These guys need to feel appreciated, valued and adored!

An Aries man has plenty of his own interests—maybe even too many. And when he’s really committed to you, he’ll take on your interests as his own.

For example, he’ll try his hand at art if you’re an artist. Or he’ll come to your exhibitions and read up on the style of art you make. If you’re into yoga, you might come home to catch him getting his stretch on. You might find the new album from your favorite band in his car stereo.

He’s adorable like that. Everything that is important to you is now interesting to him, too.

Read next: 10 Reasons to Fall in Love With an Irresistible Aries Man

The Aries guy is totally unashamed of being the sort of guy who enjoys having a bit of a trophy wife or girlfriend. When he’s committed to you, he will not stop showing you off.

He’ll brag about you and your achievements, as we talked about, but he also won’t be able to shut up about how beautiful you are. He’ll take you everywhere he goes and introduce you to everyone he can.

Aries men who have intentions of committing will let the world know who you are. Being with this guy can be one of the most validating experiences you’ll ever have!

And there you have it! The top eight signs that an Aries man intends to commit to you.

Has an Aries man ever shown you any of these signs? I love learning from my readers, so go ahead and leave a comment below if you have questions or tips to share! It’s all anonymous.

If you want to know more about these passionate men and how they tick, check out my extensive blog on Aries men here:

How to Attract an Aries Man in February 2021

How To Attract An Aries Man In January 2021