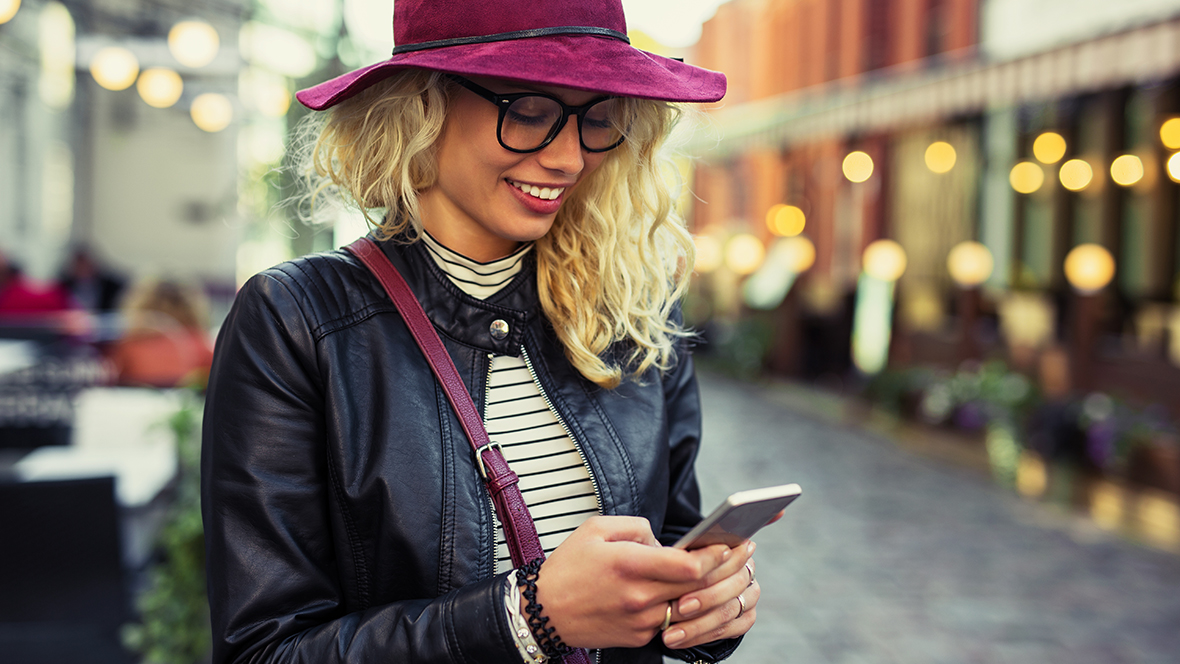 How to Attract an Aries Man Via Text or Social Media

Are you into an Aries man that you met on a social network or have exchanged phone numbers to text each other? Do you wonder how to attract an Aries man via text messages? Here are some things that you could possibly do to kick things up a notch between you two.

Aries men are attracted to women that get their brand of humor. More than that; they love a woman who can keep up with them via their own wit. That means if he says something; you’ve got the perfect comeback.

Whether it’s via social network or via text message; use your ability to produce witty comebacks. He’ll love the banter and will make him want to talk to you more.

This could generate more messages or texts from him. Keep him intrigued by your intelligence and try to discuss things that are cerebral. Again; know the topics you choose so that you seem worldly and knowledgeable.

Being witty will get you moving forward with an Aries man. He will think you would likely understand him better which is very appealing to him. Sending him jokes will also win some favor.

When I say your “dreams”; I mean your actual goals in life. The more passionate you are about them; the better. The Aries man is turned on by a woman who is driven in what she wants to do.

In fact, this may save the step he would normally take to ask you what your life’s goals are. Volunteering it up front may help him decide whether or not he wants to get to know you more for a possible future.

That being said; don’t volunteer everything up front. You want to keep some air of mystery for him to learn later. Plus you want to make sure you’ll keep his interest long enough to want to take you out.

Now if you two go out on a date or two; it may not be a wise thing to broadcast on social media unless he indicates wanting to. Otherwise he’ll see it as you trying to share your business with the world.

If he’s not yet committed to you; he won’t be up for having his dates broadcast for the world to know. So keep it on the down low. Also while you’re out; don’t be one of those girls that constantly texts with her friends.

The Aries man loves to flirt. Try to keep it light, fun, and a mystery. What I mean by that is leave some of it to his imagination. Sending him pics of your naughty bits may be enjoyable for him but it’s not commitment material.

Remember self respect goes a long way. He will respect you more as well. So it’s ok to send him cute suggestive photos by try to avoid sending revealing photos. You want to get his imagination stirring.

The more he thinks about you the better right? Plus; Aries men love a good chase. So just dangle a little something good and then watch him squirm to reply to you. He could show up at your door spontaneously.

Aries men don’t do well with patience so it may not take much to get him excited about you. Keep in mind that you want to attract him for something more than a sexual rendezvous.

This is why it’s important to let it simmer after you’ve planted the seed. Be really sweet, cute, and lovey dovey. Just don’t go over the top with it. He’ll think you’re needy and clingy which will turn him off.

The same thing goes for posts or sending direct messages. Dangle enough to intrigue him but not enough to make him feel you’d be down for a “friends with benefits” type of scenario.

He would have no problem with this; make no mistake. So your intention always needs to be in the right place. Doing this will help you cultivate something more special with your Aries guy.

Tantalize him with talk 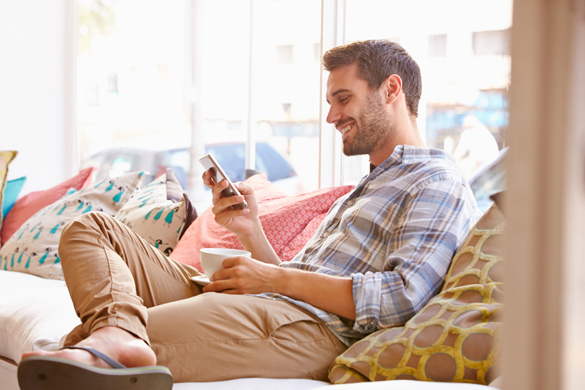 Naturally if you talk to an Aries man about the things he really enjoys; he’ll always be willing to chit chat. Whether it’s via text or via social network; he’s up for some fun conversation.

Find out what he likes via his page or account and then go from there. Try doing a bit of P.I. work. Look through his photos and look in his “about me” section to see what it says.

You should easily find things to talk to him about that he’ll be thrilled you brought it up. Of course asking him questions will help you gain that much more knowledge.

This shows him that you actually care about whom he is and what he likes. That care means you’re likely someone that would nurture him. Further on down the line that could mean you would make a great mother.

Don’t over think it or do it

It should be very easy to strike up a conversation with an Aries man. Once you find out what he likes and share with him what you like; you have ample opportunity for great conversations.

While you could have some lengthy text discussions or inbox messages; at some point you’ll need to calm it down. Talk while he wants but try to give him mystery too.

This man doesn’t need to know everything about your up front. Allow him to get to know you by talking in increments. So try not to text him or message him too often.

This will get him to actually miss you and want to hit you up. He loves a good chase and giving him something juicy to chew on then making him sweat it out a little bit will make him want you more.

If you’re ready to dive deeper and start your journey to unconditional love with your Aries man, first you have to learn how to communicate with him.

I’ve decided to make it easier for you by putting together a guide that covers all this ground.

My brand new guide Aries Text Magic is here to learn you how to command his attention in subtle and effective ways.

When he’s interested and the woman he likes lets him know that it’s a green light; he’ll be all too happy to take it from there.

Did you successfully win an Aries man through texts? Tell me how you did it!