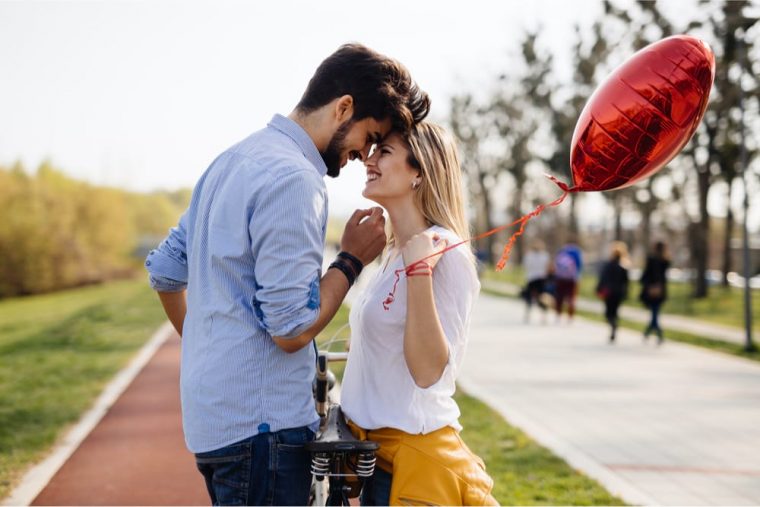 What’s it like to be married to an Aries man? Maybe you’re engaged and are wondering what you can expect when you finally do say “I do.” You’re in luck because I have some information to share with you.

Aries men are different when they are married than they are when they are dating. They become more loyal and involved. I want to tell you so much more, so keep reading!

What the Aries Man Wants From a Wife

Aries men can be quite picky when it comes to who he wants to marry. He knows it’s for the long haul, so he’s going to choose someone that meets his criteria for a life partner.

What are those things he’s looking for, though? Well, he’s looking for a woman who is absolutely a knock-out—not just physically! He wants her to be very smart and someone who is a bit of a humanitarian.

Having a genuinely amazing soul is a prerequisite for the Aries man. He wants a woman who is sweet and really cares about other people. This is the type of wife he wants to have.

He wants someone who will be personable with his friends and family. Confrontational women really turn him off, and if she can’t get along with his family, then she might as well walk away.

As his wife, you will probably connect with his family and close friends quite a bit, so it’s a good thing to embrace them as your family. This will help you for the long run.

Naturally he is looking for a firecracker in the sack, too. It’s a necessity to flow with him when it comes to sex. He wants someone that will let him “be the man” and take charge but will also learn to please him.

Sometimes he can be on the selfish side and will need you to remind him that you have needs also. When you do, he will actually appreciate you more for having said something instead of making him guess.

The Aries man will want a woman who will give him space and time to himself. He needs personal time to be himself and not worry about anyone else.

He is also very physically driven so it’s likely he’s going to want to have sex on a fairly frequent basis. Be prepared to keep up with your Aries man if you’re going to marry him or already have.

What an Aries Man Is Like as a Husband

When the Aries husband is in love, he tends to be very caring, loving, loyal, and generally comfortable being married. He can be very romantic and thoughtful with the woman of his dreams.

Loving him means you’ll feel safe, loved, taken care of, sexy, and secure. Those are the plus sides. Just like there are good sides, there are some not-so-nice aspects.

Aries husbands are stubborn, very fixed on their opinions, impatient, and can get rather angry at the flip of a switch. He can sometimes be random or spontaneous, which can get him into trouble.

One of his reckless moves can be an affair. However, he’s typically worn out or unhappy with his mate when this happens. He won’t talk about his feelings with her; he’ll just seek out comfort elsewhere.

Don’t get me wrong, I’m not saying all Aries men will cheat—not at all!—but they do have issues in trying to solve problems.

Just watch for any red flags indicating cheating, and trust your gut with it. And you should try to keep communication open with your Aries man so that this never happens. He needs to feel he can talk to you.

He isn’t the best when it comes to talking about his feelings. He tends to bottle them up. Try not to allow him to do that. Once a week check in with him and ask him how he’s doing and how he feels about your marriage.

Also watch out for his possessive issues. He tends to treat you like he owns you and gets jealous if any men talk to you even if you’re not doing anything wrong. He will probably mention something to you if not the man talking to you.

If you two can keep up your communication, you may be able to squelch the possessive and jealous side of him with enough reassurance. He needs a woman that really knows how to handle him properly.

In many cases, the women that handle him best are Sagittarius, Aquarius, Leo, and Gemini because they’re good at letting his temper roll off them like it’s no big deal.

They also know how to tell him like it is, and he’s able to handle it coming from them. An Aries woman can probably do the same thing, but she might get angry with him, so they butt heads more than the others.

The Aries man is actually very energetic; he loves to go for it, and he is driven to get things done. Remember, Aries is the God of War and associated with the planet Mars. Mars is super-motivated!

He loves to try new things and find excitement anywhere that he can. That means he’d love to travel, try new foods, and do things that allow him to have more experiences in his life.

Aries men can be excellent debaters! They love it and crave it, actually. They love having a wife they can have a spirited debate with without turning it into an all-out war.

He needs his wife to keep up with him with all the things he loves to do. He may be involved in working out or sports. He will want his wife’s loving support and perhaps for her to partner with him to do adventurous things.

Don’t forget, though, he loves to be the knight in shining armor for you. You might try acting a tiny bit helpless every once in a while. You don’t have to actually be helpless, and you shouldn’t do it often, but it’ll boost his ego if he can “save” you sometimes!

It just makes him feel like your man whose job it is to serve and protect you. That’s his role, and he needs to feel he’s doing exactly what he’s supposed to be doing.

Read next: 8 Signs an Aries Man Is Committed to You

Aries men can be strong and protective lovers. They can also be sweet, charming, and stable. While they do have some down sides, who doesn’t?

Aries men are sometimes hyper and hard to keep up with, so they need a lady who is just as driven for life as they are. If you can have a debate with him without it turning too heated, he’ll love it! Educate yourself in lots of things.

When you can show him up, he’ll be frustrated but also very impressed. This is also how you can win arguments or convince him to change something. Being able to back up your stance is essential.

If you can show him proof of what you say is right, and then he’ll have no choice than to agree with you. It’s hard for an Aries man to do, but he cannot argue with proof—at least not if he’s in good spirits.

He can argue with anything if he’s in a foul mood. Luckily that doesn’t happen often as long as he’s doing well and happy. He can be rather headstrong, but he’s not impossible to deal with.

He has a fabulous heart and will love his wife madly. It takes him a good while to get there, but once he does, he is devoted and will treat her like his queen—as long as she shows him devotion and love as well.

Aries man is an alpha, so he is leadership material. As his wife you should always push him to do his best and get into that type of position if he’s not in one already.

Inspire him to stand up and take leadership in whatever job he’s doing. He will thank you for it a million times over and will gain so much respect for you. He needs a bit of a push sometimes just like anyone else.

Did you know that drop-dead-sexy actor Robert Downey Jr. is an Aries man? He sure acts like it, doesn’t he? Look at the roles he plays. He’s all Aries, and it shows.

Have you noticed any challenges in your relationship with an Aries? Do you have any tips for smooth sailing? I’d love to hear from you anonymously in the comments!